Just back from... Porto and the Douro Valley

|In City breaks, Our trips
|By Lyndon

Assistant Editor Abi shares her finds from Portugal’s second city and the tumbling vineyards of the Douro Valley, where she and her partner Chris were tasked with checking out some lovely new additions to i-escape 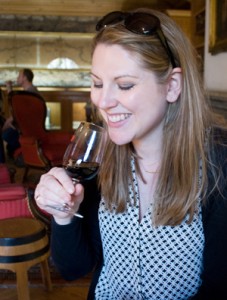 Porto is a city of two halves. It’s one of Europe’s oldest and Ribeira, the Unesco-listed centre, is a delightfully shabby jumble of crumbling townhouses and laundry-strung lanes that has barely changed in centuries. But there’s a real buzz about the place at the moment – something which became clear as soon as we touched down at its gleaming airport, served by handy easyJet flights from London and Bristol. There’s a sparkling new metro system to whisk you into town, plenty of bold, contemporary architecture to marvel at, and an ever-increasing array of stylish boutiques, bars and restaurants to sample.

It’s a captivating combination, and the hotels we visited allowed us to experience both sides. First up was 1872 River House, a skinny, salmon-pink mansion perched on the riverbank in the heart of Ribeira and reached via a stained-glass walkway that casts colourful shadows over the cobbles outside. Inside is a sophisticated blend of old and new, with sleek furniture alongside ornate azulejos and exposed stone walls. We were treated to a water-facing room and loved lounging in bed with our morning coffee, watching boats chug by as the Douro sploshed gently against the quayside beneath our window. 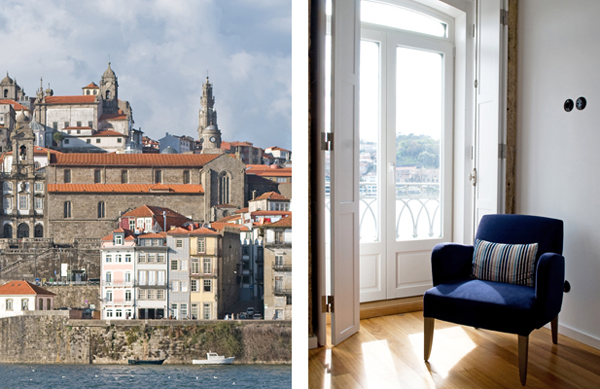 Our time at 1872 River House was spent getting pleasantly lost in ancient alleyways, feasting on freshly grilled sardines in neighbourhood restaurants, and hopping between the famous port lodges of Vila Nova de Gaia (just across the river and easily accessed via the soaring Dom Luís bridge). We also boarded the rickety old tram, which stops right outside the hotel, and rattled out to Foz do Douro, where we lunched at a beach bar as Atlantic waves crashed onto the sand. 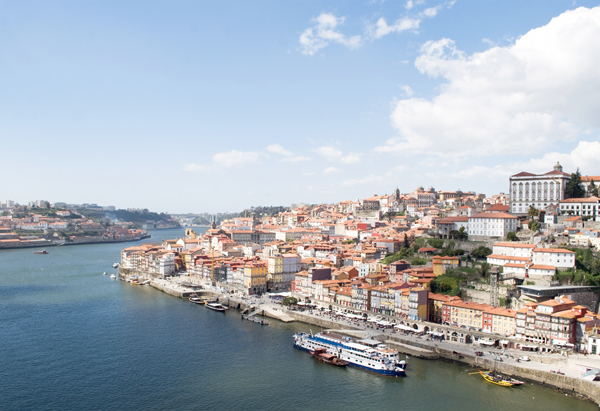 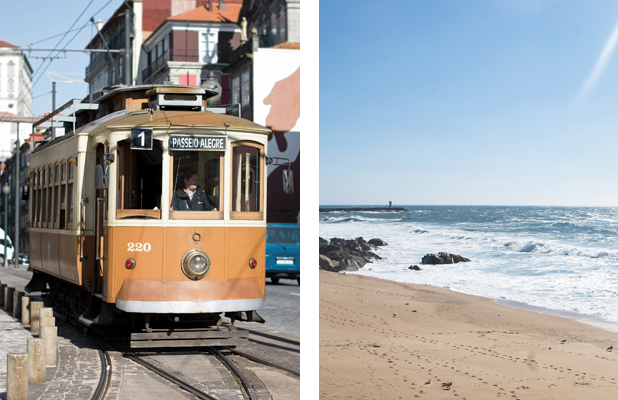 After a couple of nights in Ribeira, we moved to the trendiest part of town, around the gallery-studded Rua de Miguel Bombarda, for a stay at Rosa Et Al Townhouse. Hidden behind the most unassuming of doorways (our taxi driver sped past it twice), this funky hideaway epitomises Porto’s creative spirit. It’s been imaginatively restored by brother-and-sister team Emanuel and Patrícia and centres around a sweeping staircase topped by a magnificent glass dome. We loved the laid-back atmosphere, the herb-scented garden, the lazy brunches and the delicious dinners (bacalhau rolled in spices, goey chocolate fondant). But most of all we loved the design: a striking mix of original features, mid-century modern furniture and contemporary lighting, with local art lining the walls. 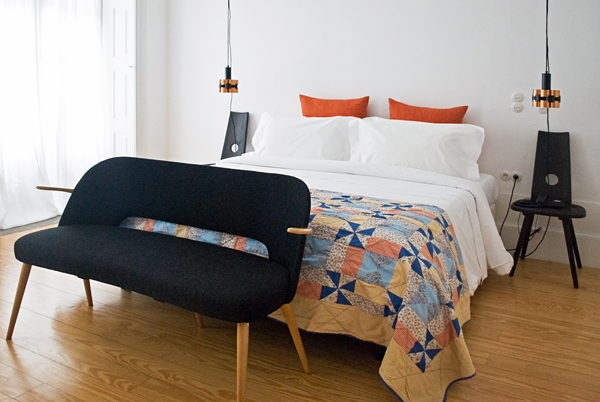 From here, we soaked up some of Porto’s cultural gems. We started at the Portuguese Centre for Photography (housed in a former prison, complete with barred windows!), before moving onto the iconic Museu de Arte Contemporânea and the edgy Casa da Música. We also sampled a few of the innovative new eateries which are popping up all over the place, including the literary-themed Book, where menus are presented in novels, dishes are themed around chapters and the loos are papered with classic covers. 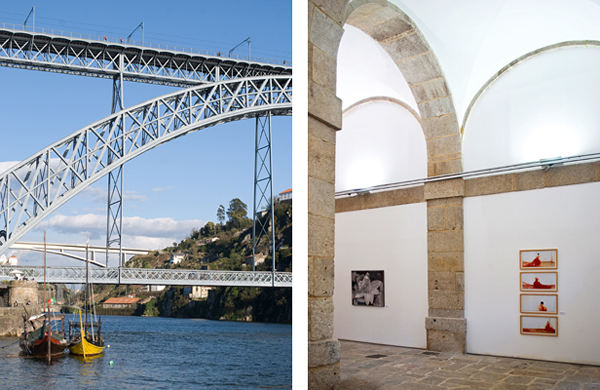 After so much strenuous reviewing  (it’s a tough job…), we were in need of some relaxation away from the city, so we picked up a hire car and headed out to the Douro Valley for a few nights at vineyard-cum-hotel Quinta do Vallado. It proved to be another wonderful mix of past and present: the family-run winery has been operating for centuries, passed down from generation to generation, and the main building is an ochre-coloured manor that dates from the 1400s. But they’ve been joined by a striking new wing in slate and schist, plus a snazzy tasting room where guests can try the tipples for free. 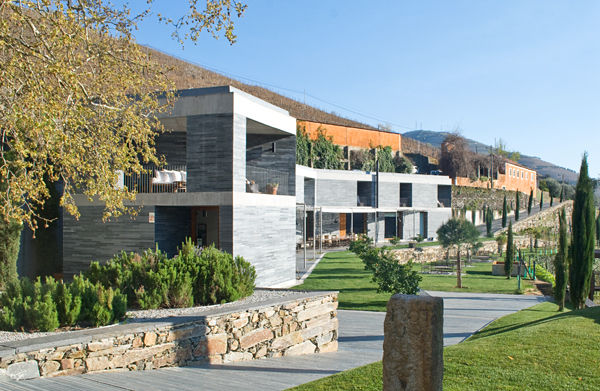 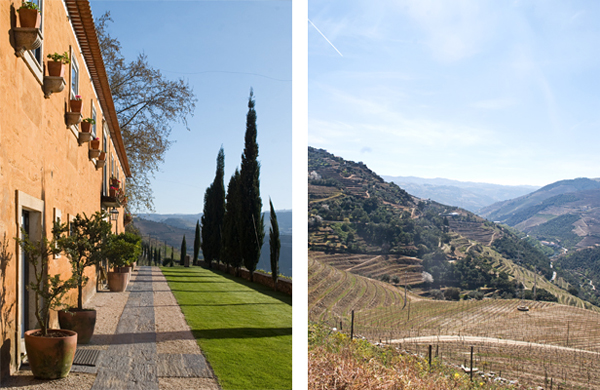 Our days here soon fell into a lazy, wine-fuelled pattern. In the mornings, we meandered along the mighty Douro, stopping here and there to admire the views and breathe in the blossom-scented air. In the afternoons, we lounged on the terrace over a bottle of the estate’s finest, before gorging on delicious regional food as the sun set over the terraced hillsides. Not a bad way to end our trip… 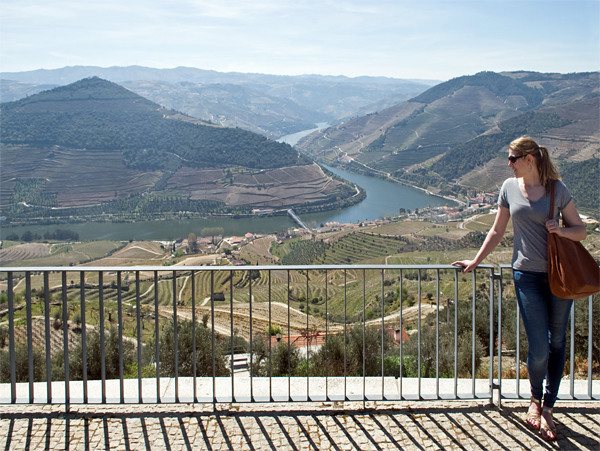