A secret guide to Sicily: 7 beautiful places to visit 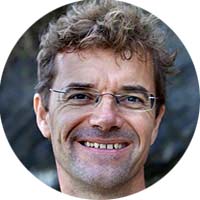 The gateway of the Mediterranean, Sicily has seduced emperors, explorers and now holidaymakers with its sun-kissed beaches, dazzling temples and awe-inspiring natural wonders. But there’s a hidden side to this beautiful island. Here are 7 great places to discover the real Sicily

1  The hidden beaches of Vendicari 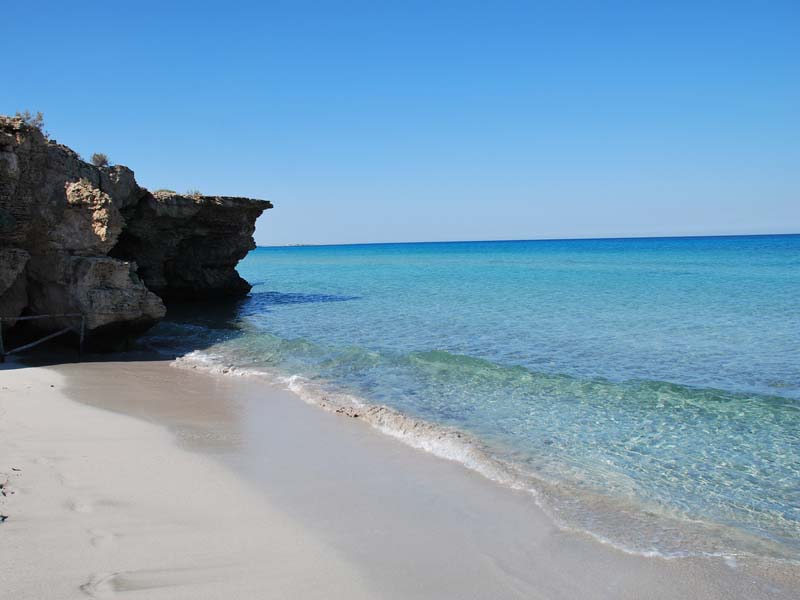 You would expect the Mediterranean’s largest island to have its fair share of secluded beaches, but they are surprisingly hard to find.

Thankfully, we know just the place.

Tucked away in the southeast corner, and protected by the Vendicari Nature Reserve, is a string of beautiful coves, inaccessible by car, and backed by a patchwork of sand dunes and saline lagoons. Thousands of migratory birds make a pit stop here, including herons, egrets, and in spring and autumn, flocks of exotically pink flamingos.

There are several ways to enter the reserve from the Noto-Pachino road. A southernmost entrance brings you to Tonnara beach (named after the now crumbling tuna fishery perched on the headland); its warm lagoon-like waters are perfect for toddlers throughout the year. A short walk north over low hills bursting with juniper bushes brings you to the idyllic cove of Calamosche. We visited here in April, and again in September, and had the beach entirely to ourselves on both occasions. 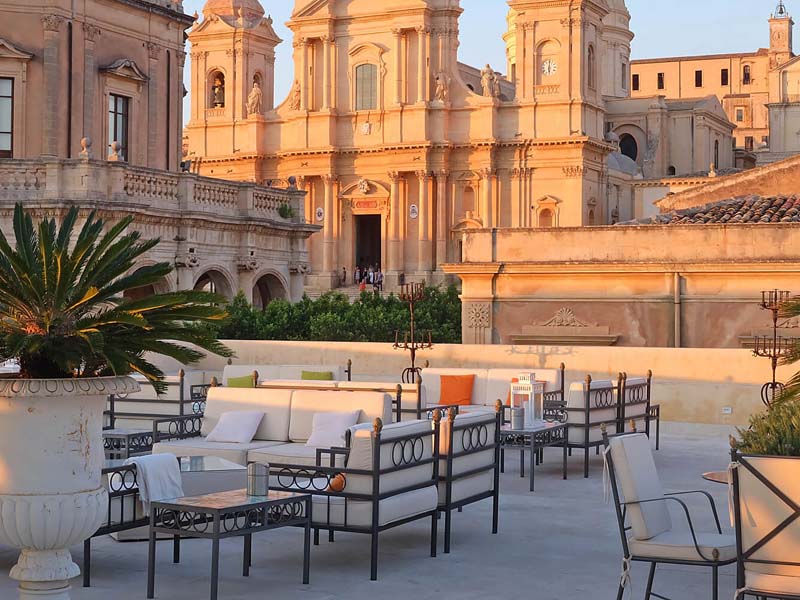 2  The swimming pools of Cava Grande 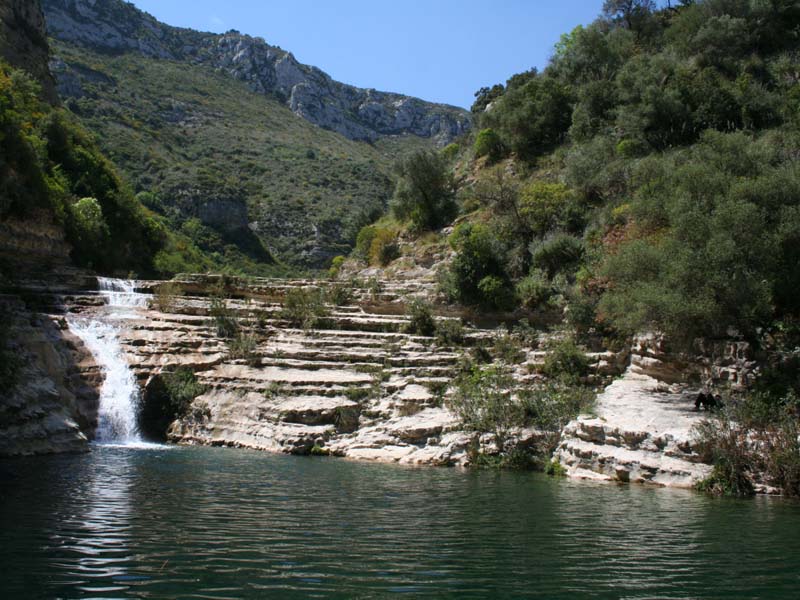 One sure-fire way of escaping the crowds is to head inland to one of Sicily’s few year-round rivers. The Cava Grande (20km north of Noto) is a wonderfully clear mountain stream which collects in turquoise pools deep enough for a refreshing swim at any time of year.

Reaching the stream is easy. Take the footpath next to the Pizzeria Ra Zia Gina which zigzags down to the riverbed in about 20 minutes. Wander upstream (fewer people) or head downstream (larger pools), but remember to reserve some energy for the hike back up! 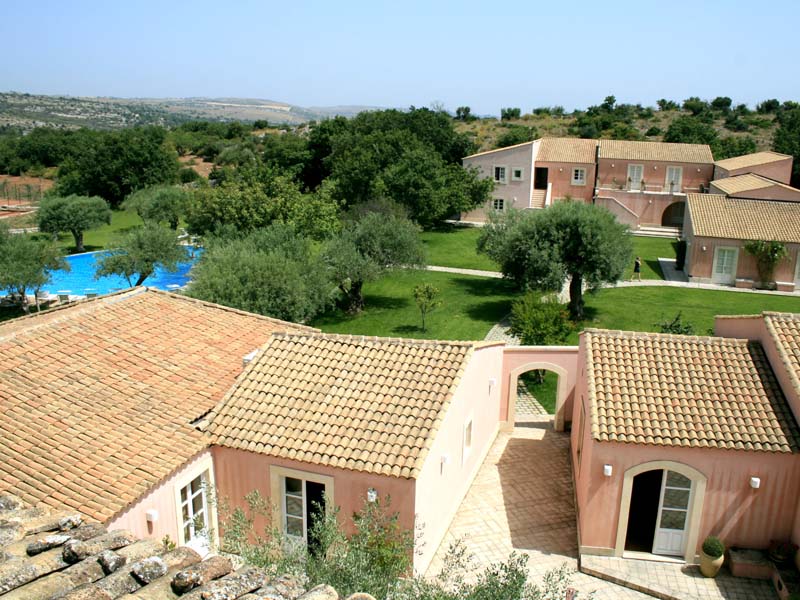 3  The ancient castle of Sperlinga 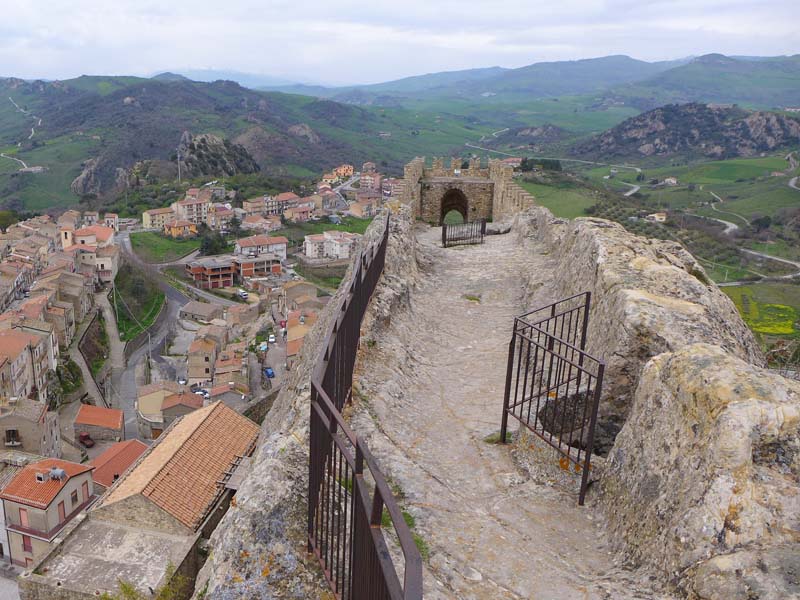 Sicily’s mountainous interior is dotted with dramatic hilltop settlements, but none are more imposing than the 1,000-year-old castle in Sperlinga. Perched atop a sheer rocky crag midway between northern Castel di Tusa and central Enna, these ancient fortifications provide breathtaking views of the snow-capped summits of the Madonie mountains.

Explore the warren of dwellings carved into the rockface that speak of untold hardships. One of the lower caves is now a simple folk museum, with looms and embroideries for sale. Just call out, and a warden will magically appear to open it up for you.

4  The secret eateries of Modica 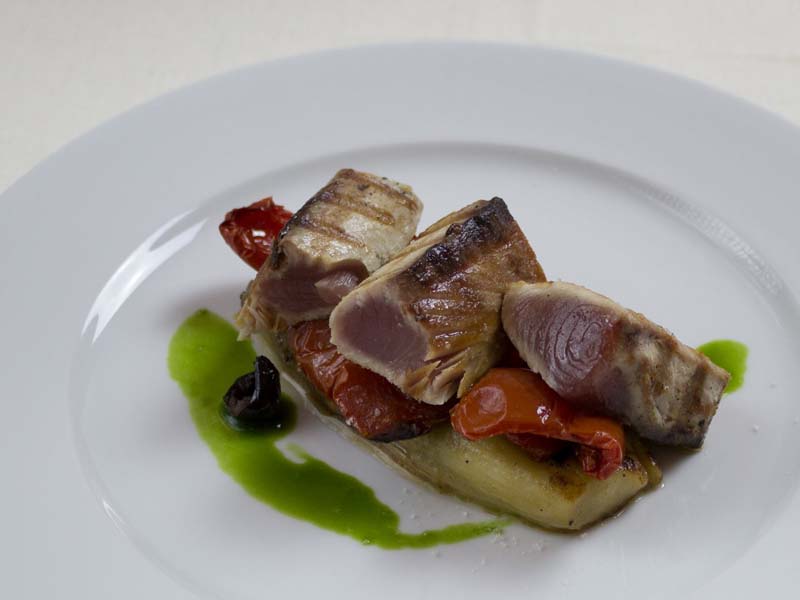 The intricate facades of Modica’s tightly-packed houses and Baroque churches will draw your gaze like a magnet. Your first stop should be the town’s famous artisanal chocolate workshops. Grainy with cocoa crystals and ground vanilla pods (or cinnamon, pistachio, orange or lemon peel), it’s cooked to an ancient Aztec recipe: the cocoa paste is stone-crushed rather than conched, hence the satisfyingly unhomogenised consistency. Bonajuto is the place to taste and buy.

Our foodie highlight, however, was discovering Locanda del Colonnello restaurant.

Run by three sons of the Failla family and boasting a lovingly crafted menu by chef Francesco Mineo, every mouthful delivers Michelin quality at gastropub prices. Plump for the the linguine with cuttlefish and hazelnuts, the melt-in-the-mouth pork loin with local caponata, or the grilled peach infused with fresh mint and dessert wine. 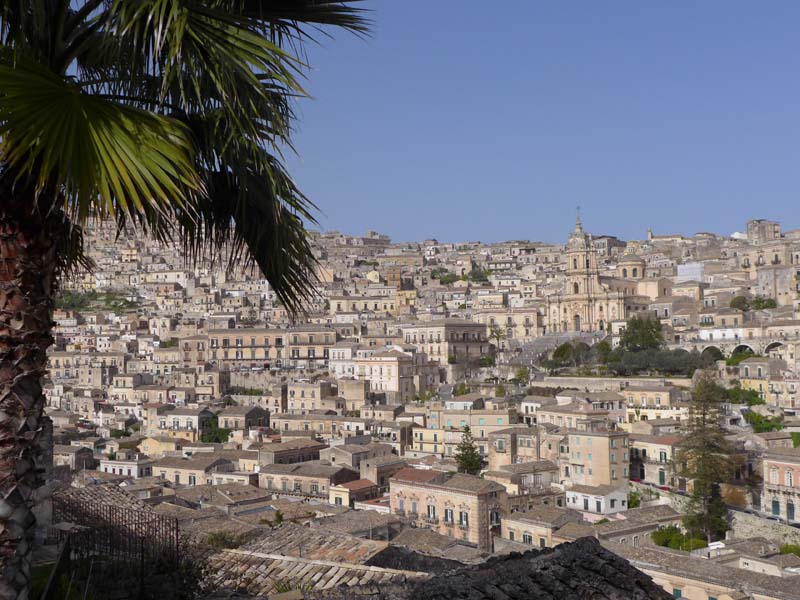 5  The fine wines of Arianna Occhipinti 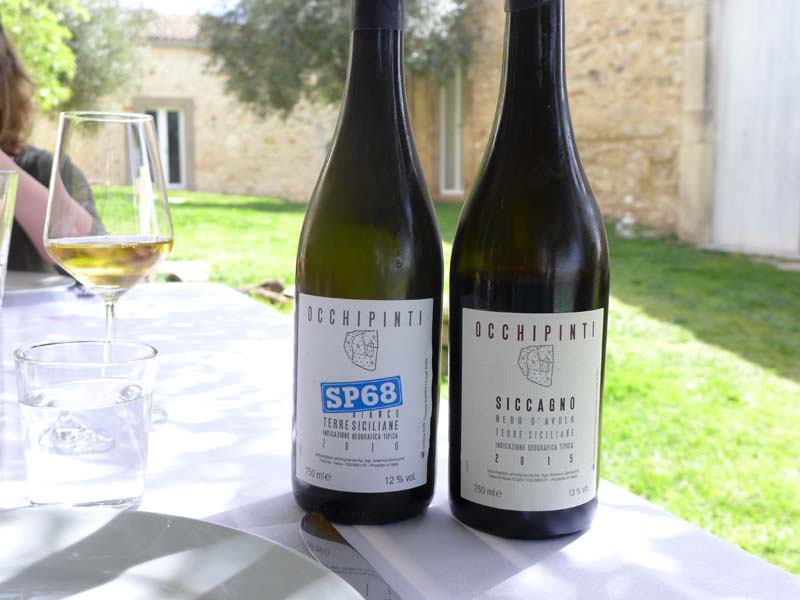 You may not have come across Sicily’s fruity merlots in your local supermarket, but in recent years the island has produced some startlingly fine wines. A key player in this wine renaissance is Arianna Occhipinti, who has brought a fresh patriotic zeal to her uncle’s long-established vineyard in the southerly Vittoria region. “I want to taste the grape and the place,” she says. “Most natural wines end up tasting the same”. Her results have been recognised with a Feinschmecker Wine Award (2013) and year-on-year recommendations in Decanter magazine.

You can taste some of Arianna’s best vintages at cost price when you stay at her sister Fausta’s boutique agriturismo, Baglio Occhipinti. We swooned over the deliciously light and clear SP68 white and her spicily perfumed 44% grappa di frappato digestif. 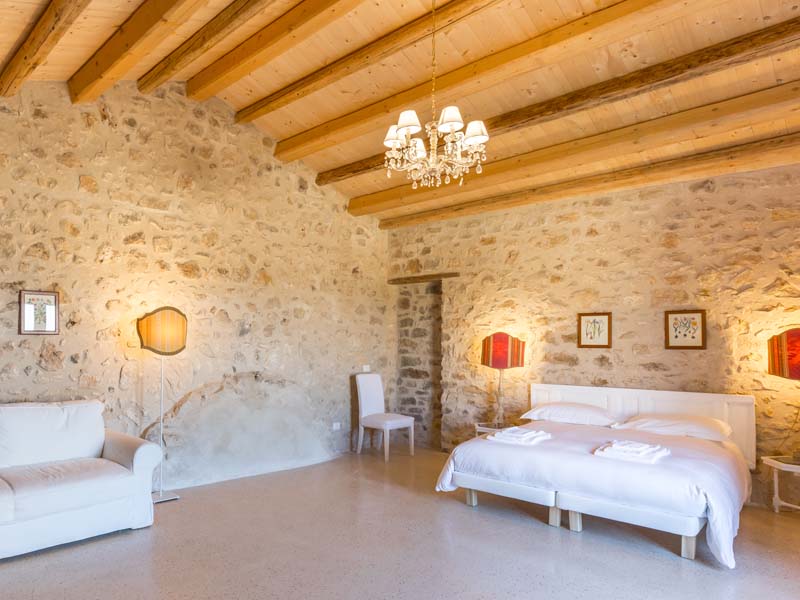 6  The colourful cheesemaker of Cefalù 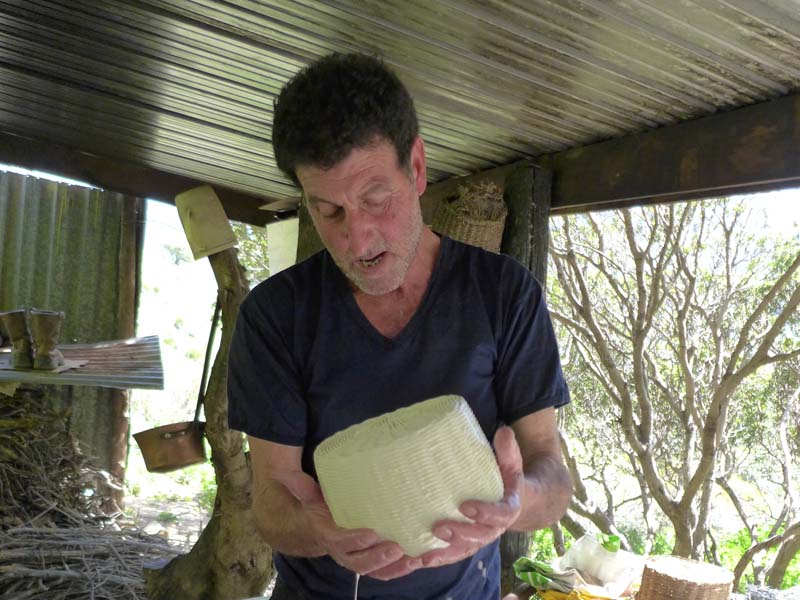 Cefalù is a picturesque fishing-town-turned-resort whose narrow lanes are lined with seafood restaurants and gelaterie. It’s the tourist mecca of northern Sicily, but what most visitors don’t realise is the secret world that awaits just a short drive inland.

It’s a rural idyll where life beats at a much slower rhythm. Cheesemaking, lambing, olive and lemon harvests — this is a world which Carmelina Ricciardello, an Australian of Sicilian descent now living in the sleepy town of Sant’ Ambrogio, can unlock for you. Through her one-woman company, Sicilian Experience, she offers a range of day hikes, visiting villages and farms where you can interact with the locals.

On our trip we encountered Giulio, a charismatic goatherd and cheesemaker extraordinaire. Helped by Carmelina’s translation, we chatted over his fresh-made ricotta, bread and wine. “I have no time for a wife”, said Giulio, “I am married to my flock!” Outside, a nanny goat urgently gave birth (Giulio was somehow already there, helping). Our son was transfixed by the rawness of it all. Indeed, of all the memories from our Sicily trip, that afternoon lingers the longest. 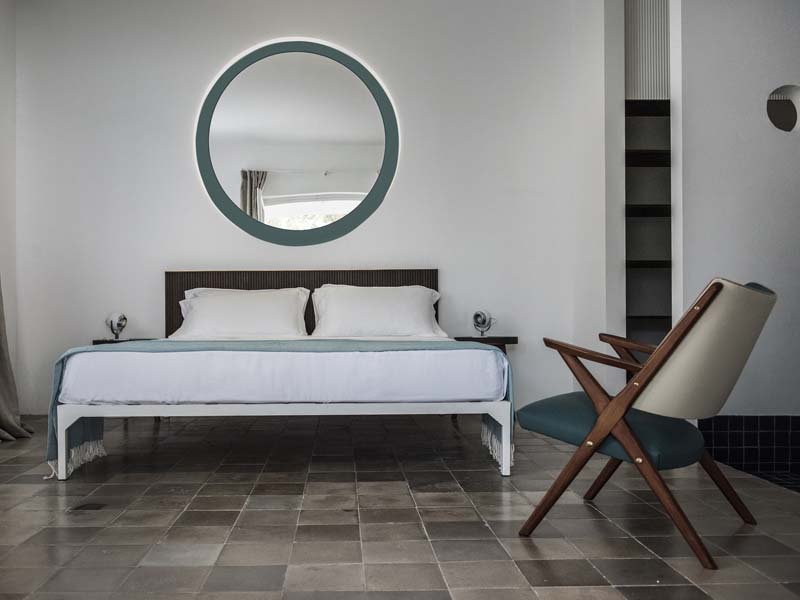 7  The sensational seafood of Sampieri 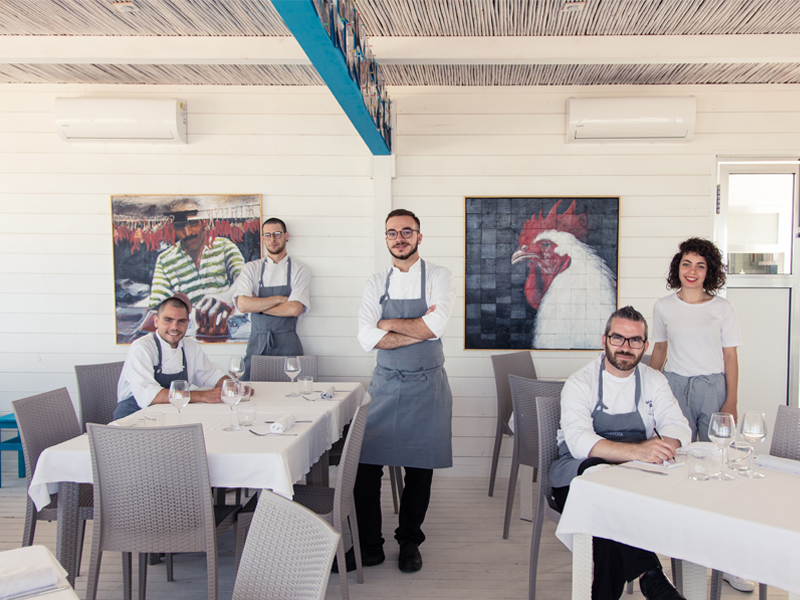 Fans of the long-running TV series Inspector Montalbano may recognise the evocative ruined brick factory above Sampieri beach, south of Scicli (whose town hall, incidentally, serves as the film’s police station). But even if you’ve never heard of Montalbano you should head to this southeast corner of Sicily for a perfect mix of Baroque piazzas, sandy beaches and hearty trattorias,

From 1 April-31 October (or “as long as the town council extends our licence,” says affable chef Giuseppe Causarano) it offers a market-based, zero-miles seafood menu with the freshest of local veg, fruit and crunchy al dente pasta. The seafood changes daily, with “il pescato del giorno” (the catch of the day) the only guarantee. Certainly, our grilled sea bream was sensational. The gourmand Montalbano would have loved it. 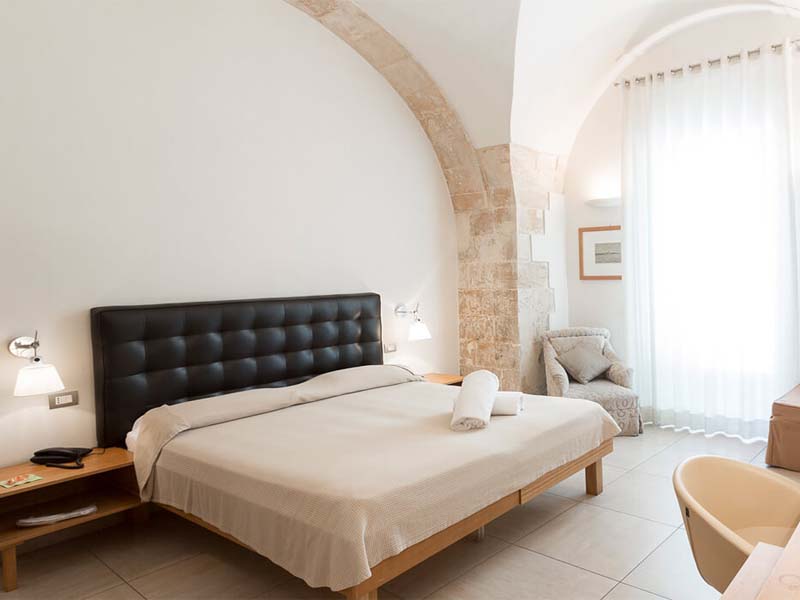 See our full collection of boutique hotels in Sicily 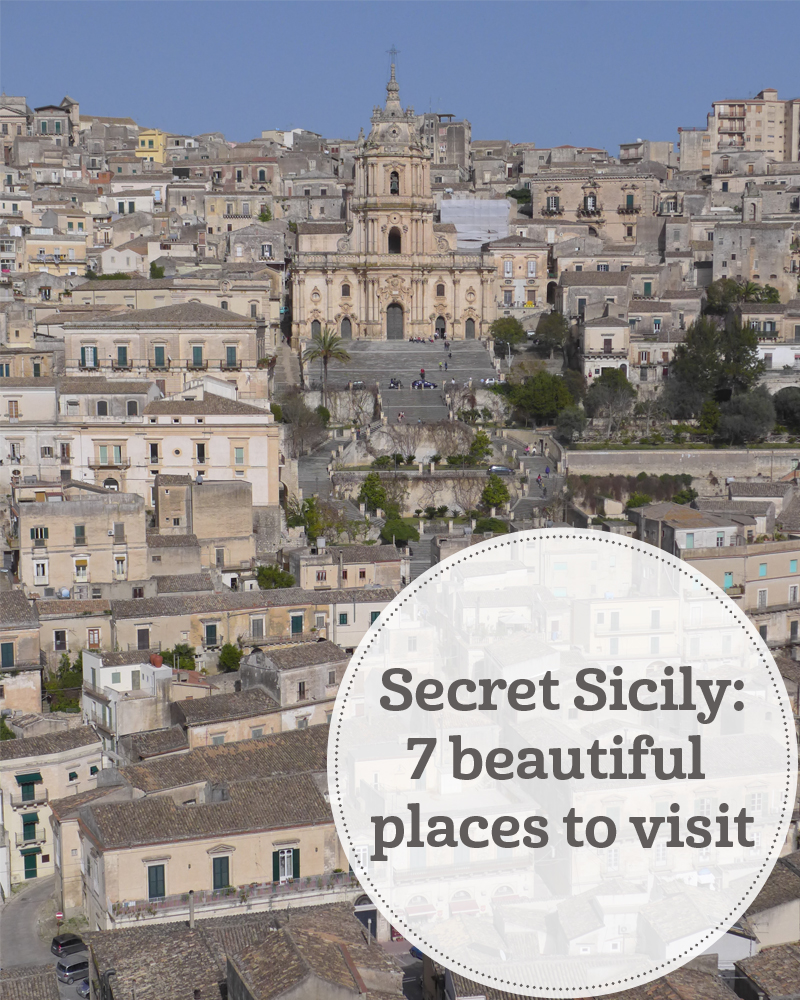