You’ve done the Prado, the Reina Sofia, the royal palace… but there’s plenty more to explore in the buzzing Spanish capital. Here’s a round-up of our favourite Madrid haunts, from lesser-known museums to the best rooftop bars. 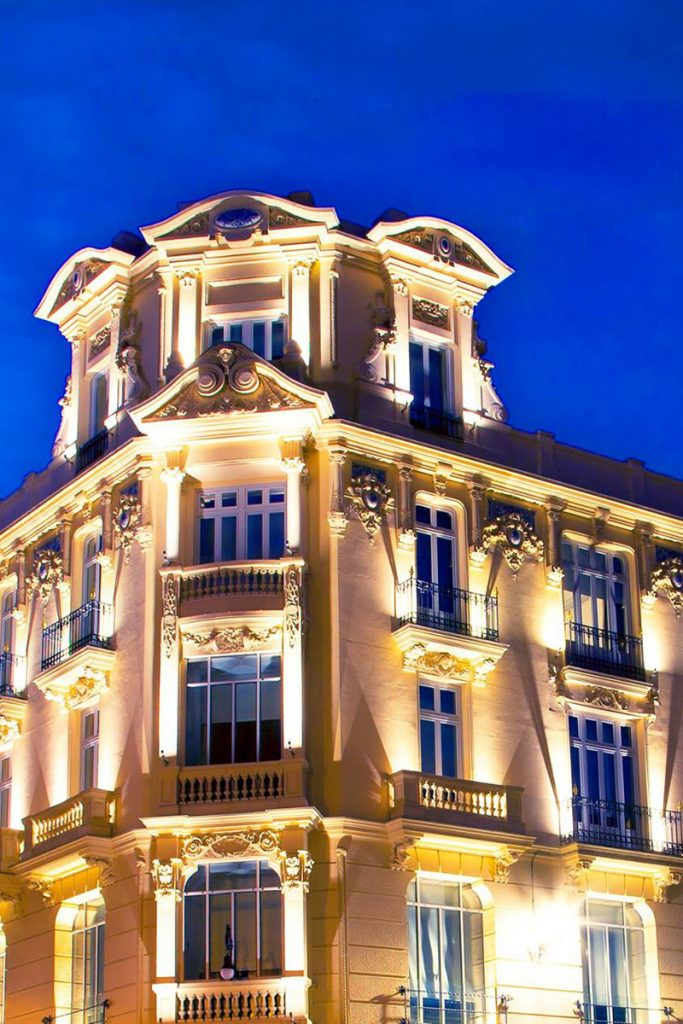 Whenever we’re in Madrid, we make a beeline for Cuevas Sesamo on Calle Príncipe. Enter the narrow doorway under the red sign and head downstairs to the underground bar, whose walls are covered in literary quotes. It serves only one thing: its famous (and rather potent!) sangria.
Calle Príncipe 7; metro Sol or Sevilla

If sherry is more your thing, try the wide selection at wonderfully shabby La Venencia, which acted as a Republican hangout during the Spanish Civil War and has barely changed since. Although it’s tempting, don’t take photos or you’ll be told off!
Calle Echegaray 7; metro Sol or Sevilla

Madrileños are obsessed with rooftop bars. Our favourite is Azotea del Círculo, the terrace atop cultural centre El Círculo de Bellas Artes. It has panoramic views of the city, and on a clear day you can see all the way to the mountains beyond. There’s a small charge for access, but it’s worth it.
Calle de Alcalá 42; metro Banco de España or Sevilla 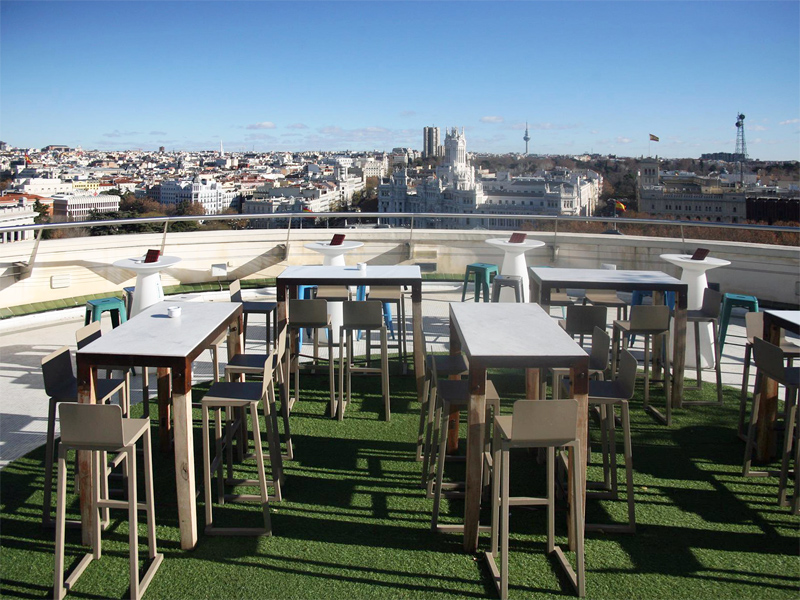 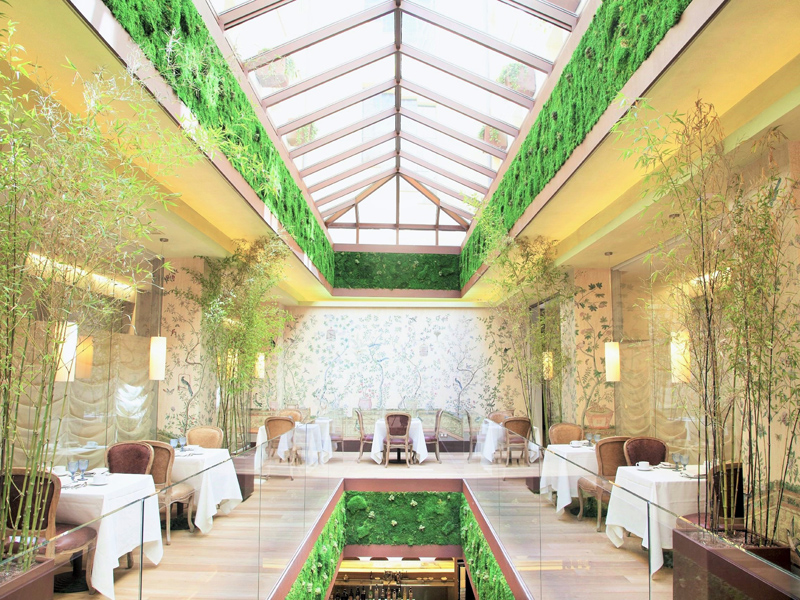 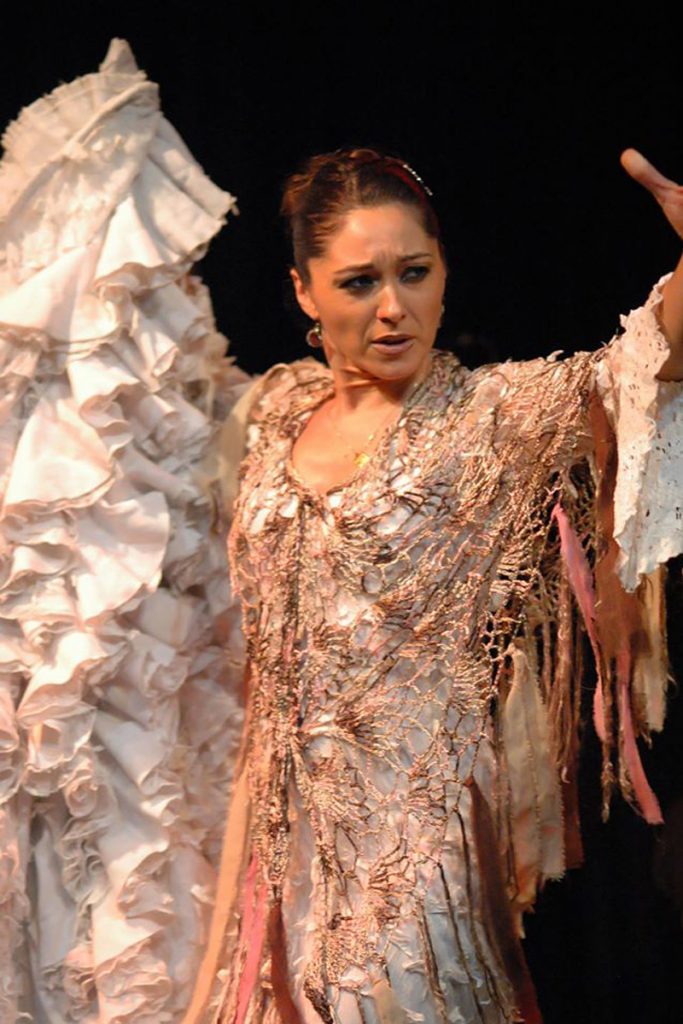 Another favourite is tiny restaurant Sala de Despiece in the Chamberí district. It’s staffed by talented young academy chefs who fire out experimental dishes from the open-plan kitchen – a spectacle as much as an unforgettably good meal. Get there as the doors open at 8pm or be prepared to queue.
Calle de Ponzano 11; metro Alonso Cano

If you really want to splash out, try La Capilla de la Bolsa, which sits in a restored chapel complete with a Baroque ceiling and live piano music. The vibe is swish and the food outstanding – think imaginative Mediterranean dishes such as a gratinée of sea urchins and swordfish carpaccio with avocado.
Calle de la Bolsa 12; metro Sol 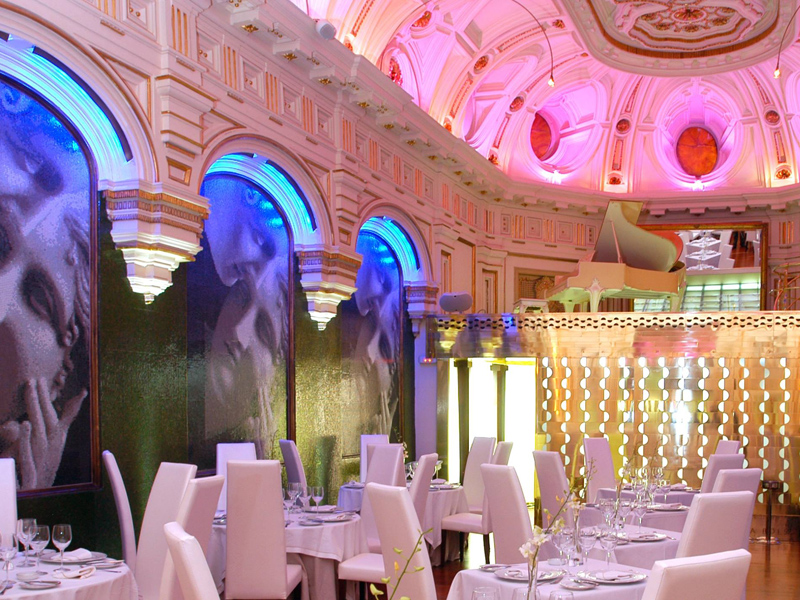 At the other end of the spectrum is Botin. According to the Guinness Book of Records, this is the oldest restaurant in the world and dates back to 1725. Goya worked here before becoming a painter, and it was one of Hemingway’s favourite spots. Try the house speciality, cochinillo asado (roast suckling pig).
Calle Cuchilleros 17; metro Tirso de Molina or La Latina

The historic, glass-covered Mercado de San Miguel gives a real taste of Spanish cuisine, with everything from cheese stalls to exclusive delicatessens. You can pop in for a snack or two, or spend a whole evening hopping from counter to counter.
Plaza de San Miguel; metro Sol, Opera or La Latina 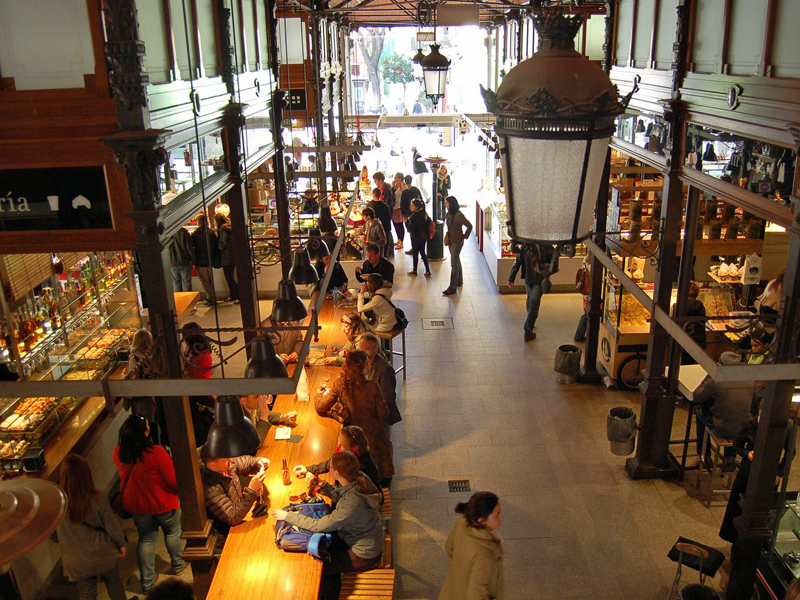 The infamous El Rastro flea market is the place to go for antiques, bric-a-brac and retro finds, with hundreds of stalls peddling everything from clothes and furniture to old comics and vintage birdcages. It attracts plenty of pickpockets, so keep your wits about you as you browse.
Plaza de Cascorro and around; metro La Latina or Puerta de Toledo

You might not expect to stumble across an authentic Egyptian temple in the heart of Madrid, but the Templo de Debod is just that. Dating from 200 BC, it was donated to Spain in 1968 to recognise the country’s help in saving ancient temples threatened by the construction of the Aswan Dam. Behind it is a viewing platform with fantastic views out over the Casa de Campo park.
Calle Ferraz 1; metro Plaza de España or Príncipe Pío 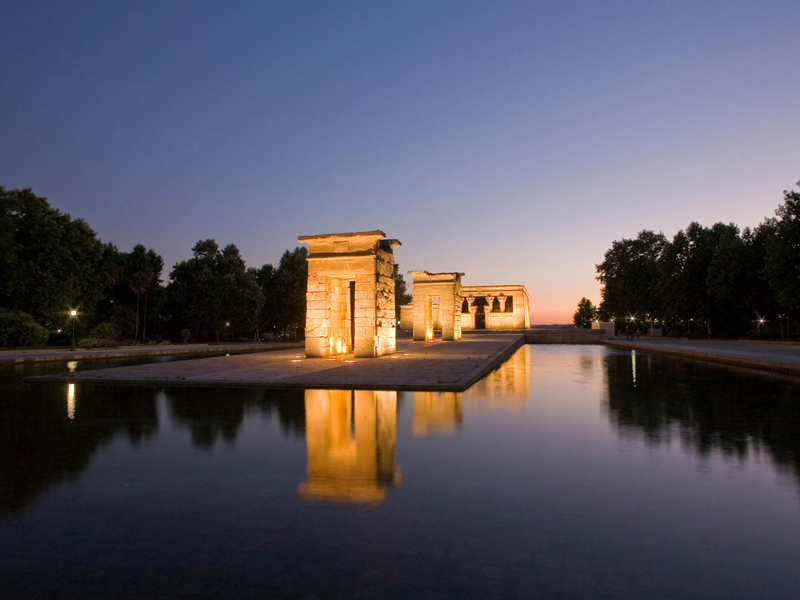 Situated near the Botanical Gardens, La Caixa Forum has a fascinating rotation of temporary exhibitions – past events have included artwork from the Pixar creative department and a Miquel Barceló retrospective. Even if you don´t have time to pop inside, it’s worth passing by just to see the exterior vertical garden.
Paseo del Prado 36; metro Atocha 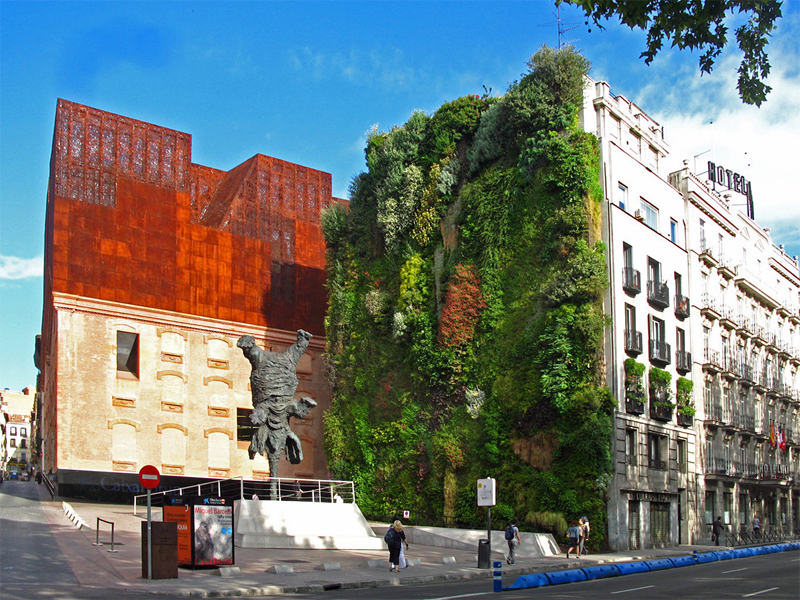 For a huge collection of Spanish fashion, from 17th-century dresses to the latest designer offerings, head to the Museo del Traje (Costume Museum) in Moncloa. It also houses temporary exhibitions covering anything from film costumes to imagined clothes of the future.
Avenida de Juan Herrera 2; metro Moncloa 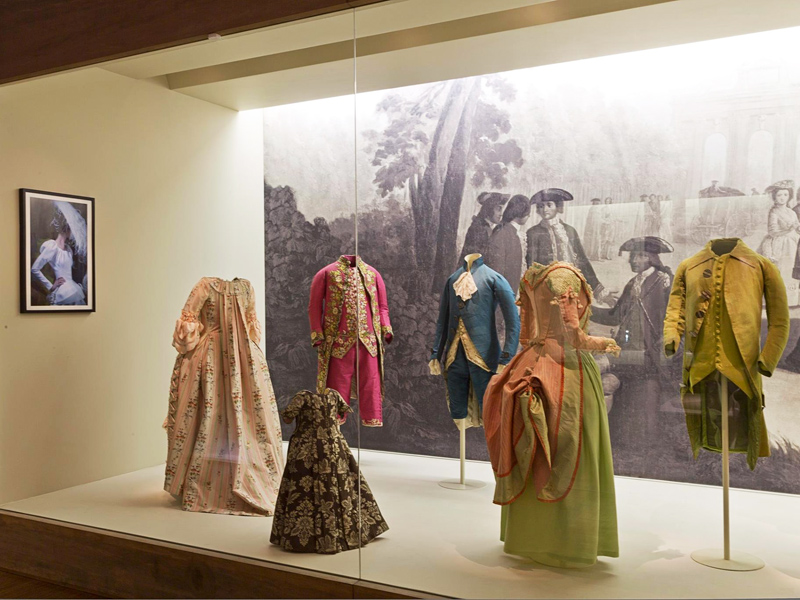 Last but not least is the former mansion of Valencian Impressionist painter Joaquín Sorolla, which acts as an art museum as well as a beautiful example of an early 20th-century house. The Andalucian-style garden at the back is a delight, too.
Paseo del General Martínez Campos 37; metro Iglesia, Rubén Darío or Gregorio Marañón

See our handpicked boutique hotels and apartments in Madrid. 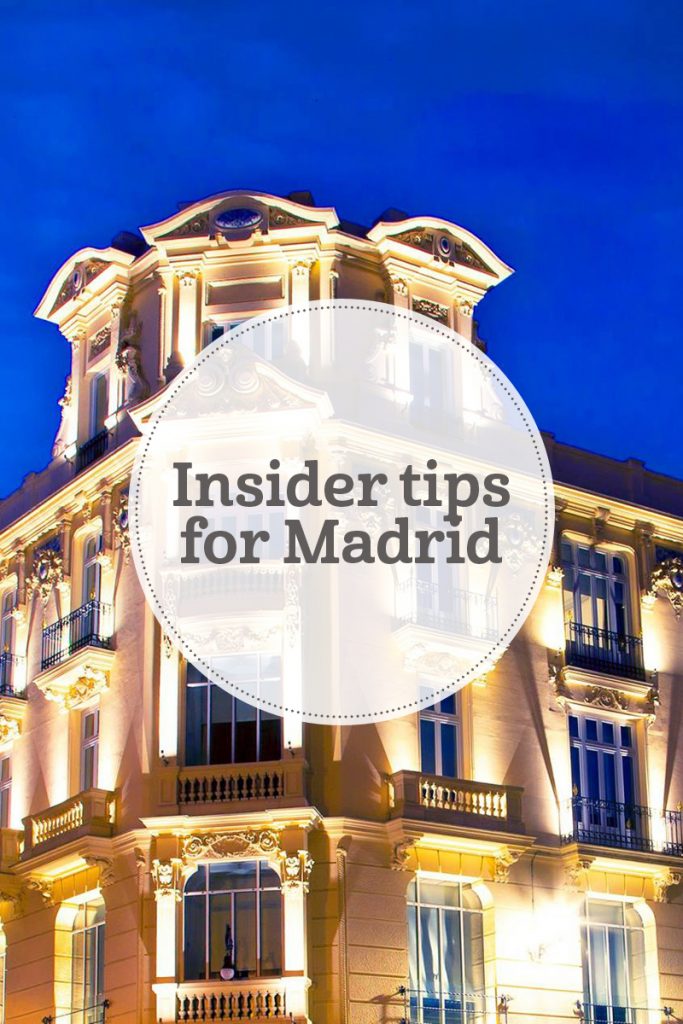