|In Our trips, Travel tips
|By Lyndon

In celebration of us reaching 1,500 hotels, we recently heard from some of our fans about why they love i-escape, but now it’s time to hear from the people who were here at the beginning. We asked our enviably well-travelled i-escape founders and directors all about their favourite trips and travel tips. Here’s what they had to say… 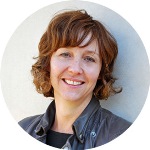 Laila grew up living in Holland, Denmark, Switzerland, India, the UK and US, and has been travelling ever since. She teamed up with Nikki Tinto, one of her best friends and travelling companion on many far-flung trips, to create i-escape.com. Based initially on all the great places they had discovered during their travels, i-escape remains a collection of properties that Laila and Nikki love to visit when they get a chance to escape the office!

The i-escape hotel that holds a special place in my heart is… Jnane Tamsna, Marrakech. One of the first hotels to join i-escape and the first one that I personally visited. Now, 14 years later, the place is still as stylish and relaxed as ever and it feels like the owners Meryanne and Gary are part of the i-escape family.

My best i-escape experience was… The Mudhouse, Sri Lanka. Being married to a Sri Lankan, I obviously have a soft spot for the place, but spending Xmas at The Mudhouse, in the country’s ancient heartland, staying in simple open-sided mud huts was probably my most memorable hotel experience ever. Our days were spent swimming in the natural tanks and exploring the local countryside and wildlife. At night, with no electricity, the place became even more enchanting with oil lamps illuminating the pathways and the huts.

The i-escape hotel I can’t keep away from is… Hotel Omm, Barcelona. I love Barcelona and keep going back to the city for more of its buzz. The rooftop lounge with its pool and views over Gaudi’s La Pedrera is probably the best place in town to watch the sun go down – they make a mean cocktail and their Michelin-starred Moo restaurant is not bad either!

The destination that surprised me the most was… Iceland. An out-of-this-world experience, you literally feel like you are on another planet with the black volcanic landscape and strange rock formations. We loved the fact that within 30 minutes of landing in Reykjavik, we were relaxing in the Blue Lagoon – another surreal experience! 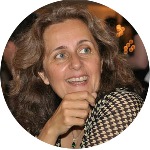 With her love of travel and adventure, a degree in Geography from Exeter University, and a natural thirst for discovering the special and unusual, Nikki has spent her time seeking out some of the world’s most unspoilt locations. She has travelled in over 40 countries, including most of South America where she enjoyed two years painting surreal murals in mountain villages, sampling the local cactus juice, and avoiding piranhas in the Amazon.

Best ever i-escape hotel experience… Cocoa Island by COMO, Maldives. This ultra-chic resort is impossibly beautiful: long wooden piers sweep over an azure ocean and lead to individual stilted boat rooms. There’s a great spa, too. Expensive, but so worth it.

The i-escape hotel I can’t keep away from is… Kurland, South Africa. We’ve lost count the number of times we’ve returned. It manages the clever mix of being brilliant for children but also fabulously elegant and with loads to do nearby, from unspoilt beaches to wildlife adventures.

The best hotel breakfast I’ve ever eaten was at… Babylonstoren, South Africa. Its vast organic kitchen garden produced a colour-coded breakfast feast – their dinners are rather special, too. Unforgettable.

My ‘insider’s gem’ pick from our collection is… Sea Garden Cottages, Isles of Scilly, UK. Once you’ve been to these islands, you’ll keep coming back. Stylish cottages with every comfort, no cars, and white-sand beaches that look like the Caribbean, but amazingly you’re still in the UK! 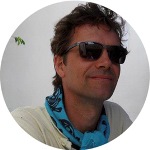 Michael has always been a keen linguist, writer and photographer, so to carve out the ultimate niche in travel writing – and then see it take off as a business – is like paying a cat to sunbathe. After joining i-escape at its genesis in 2001, he reviewed and sourced many of the places on this site. In 2011, Michael and his wife and son took a 3-month sabbatical to Thailand, Greece and Germany, and he regularly embarks on international hiking expeditions.

The i-escape hotel that holds a special place in my heart is… Golden Buddha Beach Resort, Thailand. I had the most relaxing holiday of my life here, flip-flopping between the empty sandy beach, our gorgeous stilted house, the yoga pavilion – and the ‘clubhouse’ if we started to feel sociable (or hungry). With no roads, no mains electricity, and no other resorts or hotels on this remote island, days slip by in stress-free, natural rhythms.

The i-escape hotel I can’t keep away from is… Elies Hotel, Greece. It combines 3 of my favourite things: mountains, sea and delicious food. It’s also very handy for combining friends and family, as the cottages are separate but you can eat together (and on my way through Athens I can collect my parents!). (Actually I could say the same for Azur Hotel in Turkey.)

The i-escape hotel I tell all my friends about is… Casa Los Geranios, La Palma. It is a perfect winter sun escape – with great hiking, volcanoes and Atlantic views from the door – and ridiculously good value, too. But I make sure I book my February half-term dates first!

The destination that surprised me the most was… Le Grotte della Civita, Italy. Huge cave rooms furnished with Philippe Starck bathtubs and lit with flickering church candles – a totally unexpected sight hidden in the cliff walls of the Puglian hilltown of Matera. 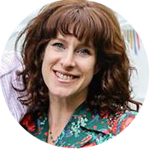 Nadine believes that one should say yes to every invitation and possibility of adventure. This has taken her far and wide from Australia to Zimbabwe via Thailand, Vietnam, Rajasthan, Mexico, Turkey, Guatemala, Brazil, Argentina, Myanmar, Western Europe, the British Isles and, most recently, 5+ years in wonderful San Francisco. Nadine is at the front for new hotels joining i-escape and also oversees i-escape’s pioneering Kids Collection – she has 2 little ones of her own and isn’t slowing down on the travel front!

My best i-escape experience was… Post Ranch Inn, California. An utterly awesome setting, a wonderfully relaxed ambiance, fabulous food and an incredible spa. I’ll never forget bathing in my hot tub on my deck overlooking the Pacific and watching whales passing below.

The i-escape hotel I can’t keep away from is… Chambers Hotel, New York. It’s perfectly placed for the sights: just half a block from Fifth Avenue, a block from MoMA and 2 blocks from Central Park. It also has stylish, comfortable rooms and laid-back, funny reception staff. The perfect family base for a trip to the Big Apple.

The best hotel breakfast I’ve ever eaten was at…  Masseria Prosperi, Puglia. Every morning that dining table groaned under the weight of the very best regional Italian delicacies you could wish for. Coffee was served to precise individual instruction, and then there were home-made cakes, artisan jams, local honey, freshly squeezed juice, regional cheeses…

My ‘insider’s gem’ pick from our collection is… Chiminos Island Lodge, Guatemala. We were the only guests staying at this jungle hideaway; reached only by boat, it has an unexcavated Mayan archaeological site right beside it and the forest is so pristine that we saw wonderful birdlife and, incredibly, a 5-metre long snake that pushed right by our cabana.