A week in Rajasthan

|In Our trips
|By Anna 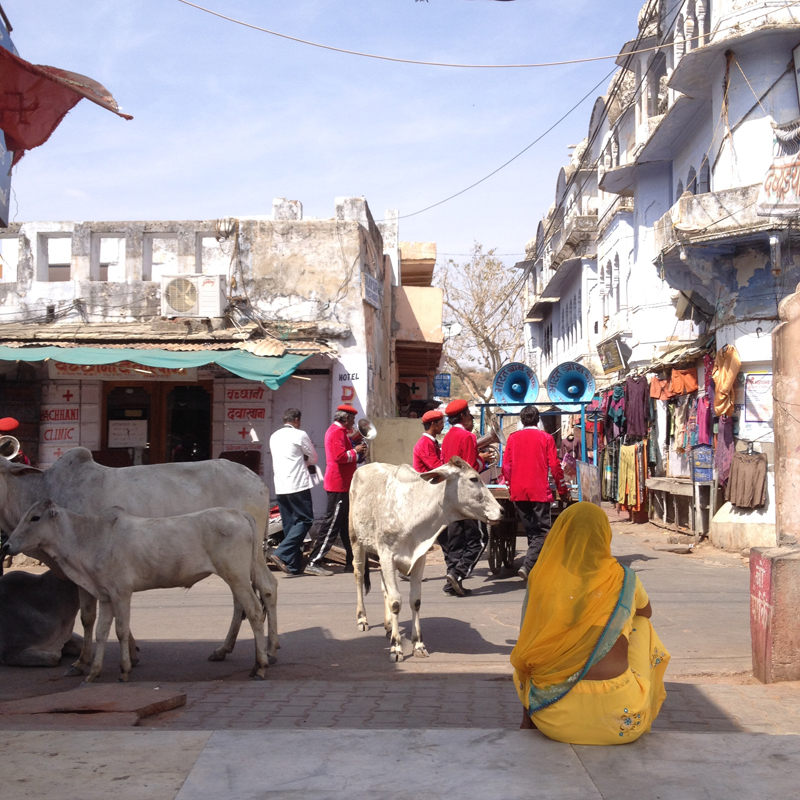 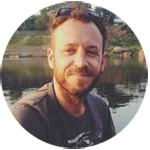 Bookings Consultant Ben and his girlfriend Joe are long-term fans of India, its culture and its history. They have visited many times, and their latest trip took in its second largest state, Rajasthan. Here, he shares their adventure…

We planned a week to explore Rajasthan. But the more we read, the more we realised we would need at least a year to see all the sights of this characterful state. We had to keep reminding ourselves that we couldn’t see it all in just a week. And as it turns out, you can barely touch the sides. So we stuck to a relatively well-trodden loop, taking in some of the famous sights but factoring in a few cleverly-timed sidesteps to catch our breath.

Arriving bleary eyed into Delhi was one hell of a wake-up call, but staying at the landmark Imperial Hotel quickly took the edge off. It’s tempting never to leave this cocoon of colonial elegance and instead just take dips in the pool and indulge in afternoon tea. It has all the pomp you could shake a moustache at, but with none of the pretentiousness. 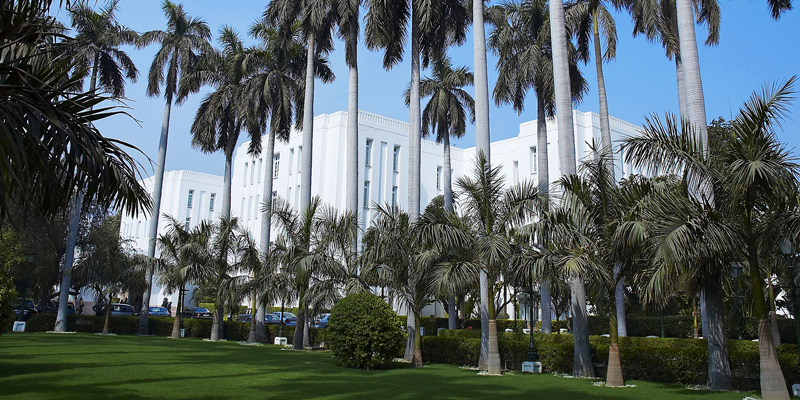 However, we did leave and we threw ourselves straight into the sightseeing chaos. Humayun’s Tomb was a highlight, with its Mughal architecture, but we felt like The Red Fort was as a bit of a let-down – the grand walls and main gate hide a pretty empty interior. Old Delhi has its charms but it can take a little bit of imagination to see through the scrum of people and moped smog! 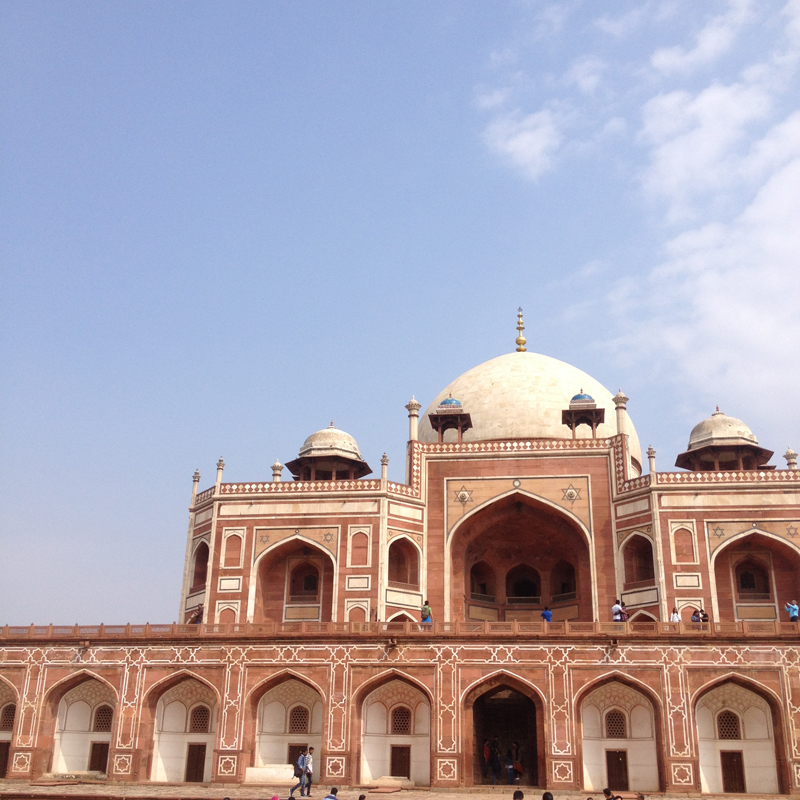 And then… breathe… we escaped to the serenity of Chhatra Sagar, near Pali, where we were welcomed by the big smile and even bigger moustache of owner Harsh. Here a row of luxury tented lodges are perched atop a 100-year-old dam overlooking a lake. The feel is old-world colonial charm and we quickly relaxed into a relaxed routine of sunset strolls and sundowners, with a side of wild antelope and bird spotting. Evenings were spent sitting by candlelight under the stars. 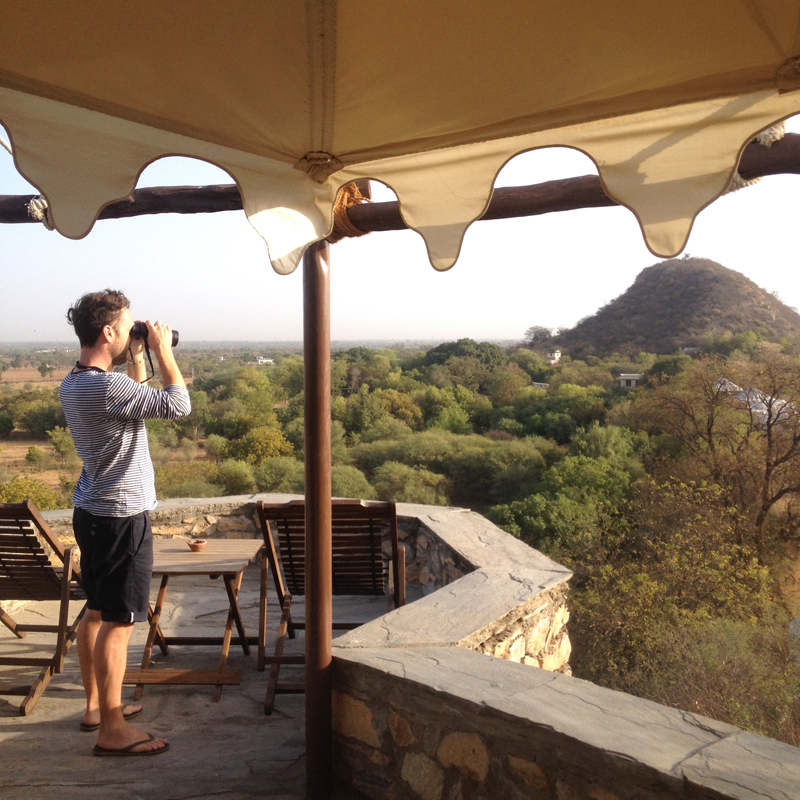 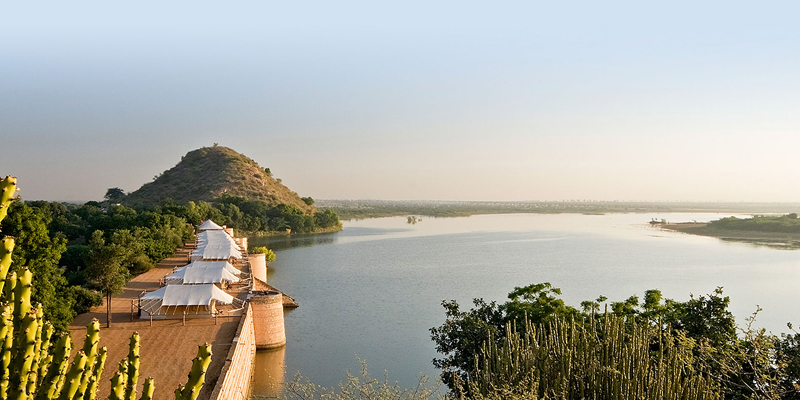 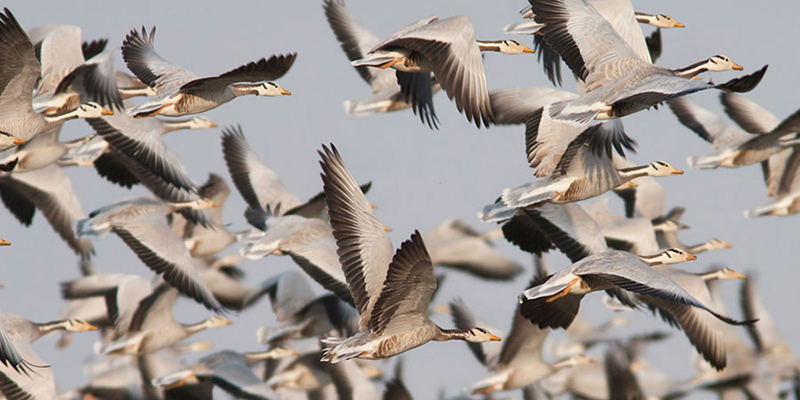 A small hop skip and jump brought us to the lakeside cottages of Lakshman Sagar. This is a place to hole up and re-charge your batteries. The individual cottages are beautifully designed in a rustic (but glamorous) mudhut ethnic style with bright tribal colours. They offer up lots of local activities if you feel inclined, but we just lounged in the private plunge pool, watching peacocks strut past and the lake changing colour with the passing light. The chef knocks up some amazing Rajasthani dishes (but don’t expect him to share any of his recipes – he’s protective of his family secrets! I’m still trying to replicate the fiery garlic dip with little success). We tore ourselves away fully rested. 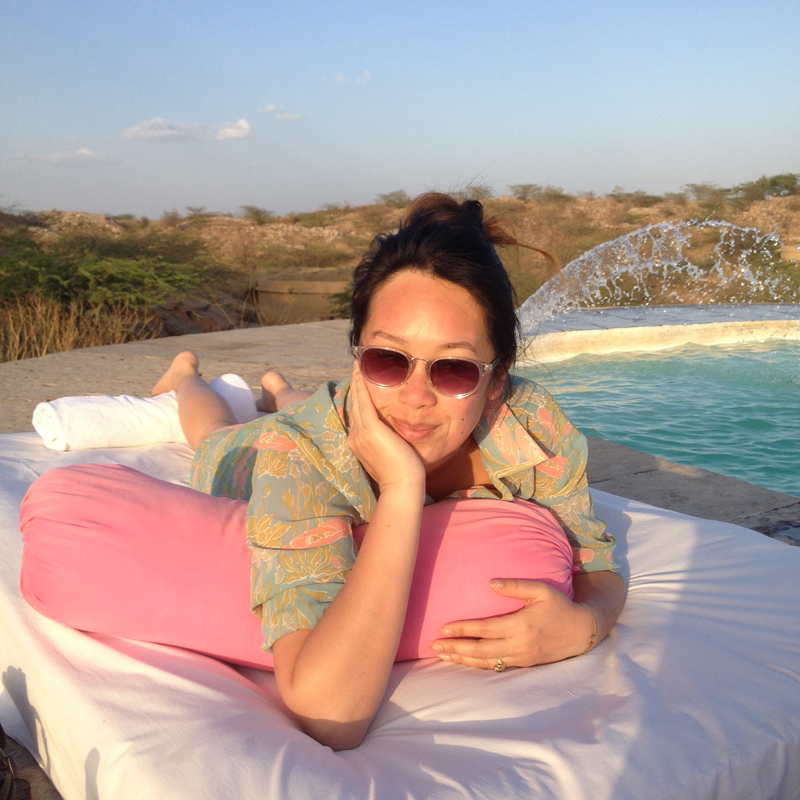 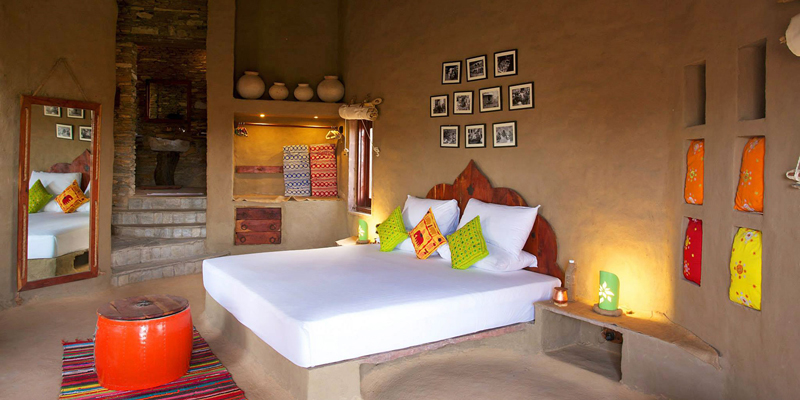 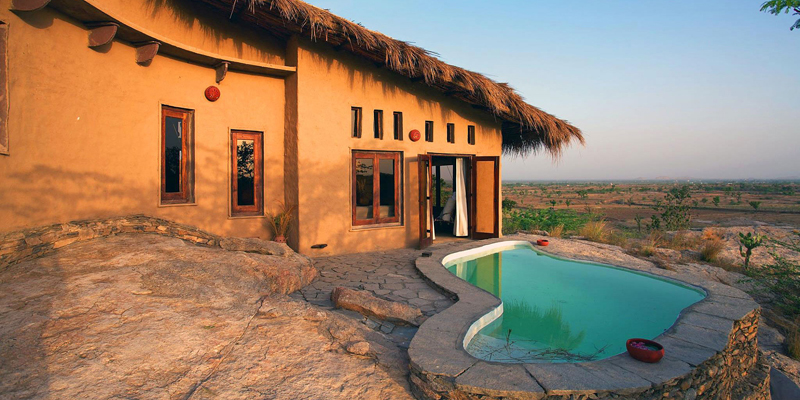 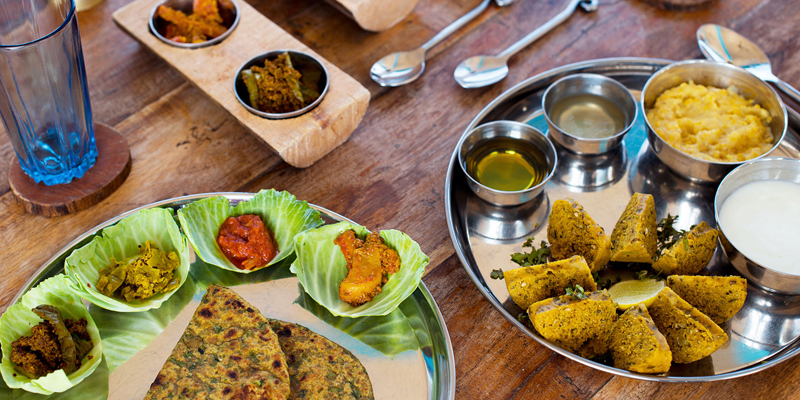 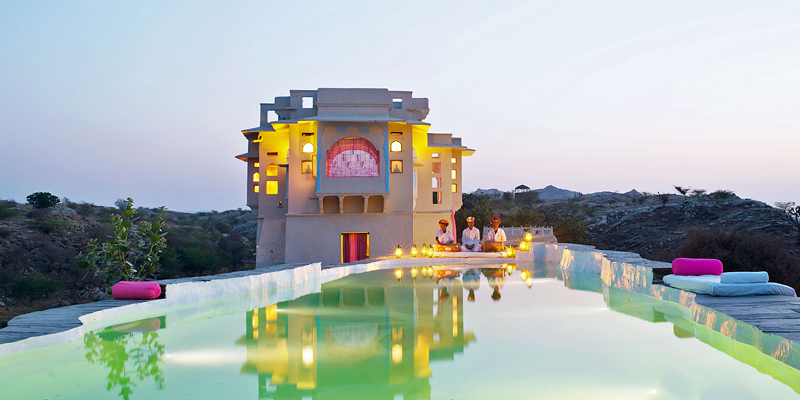 From there we headed to Jodhpur, where the imposing Mehrangarh Fort stands sentry over the city. We simply had to pay it a visit and would urge everyone to do the same – it was spectacular. 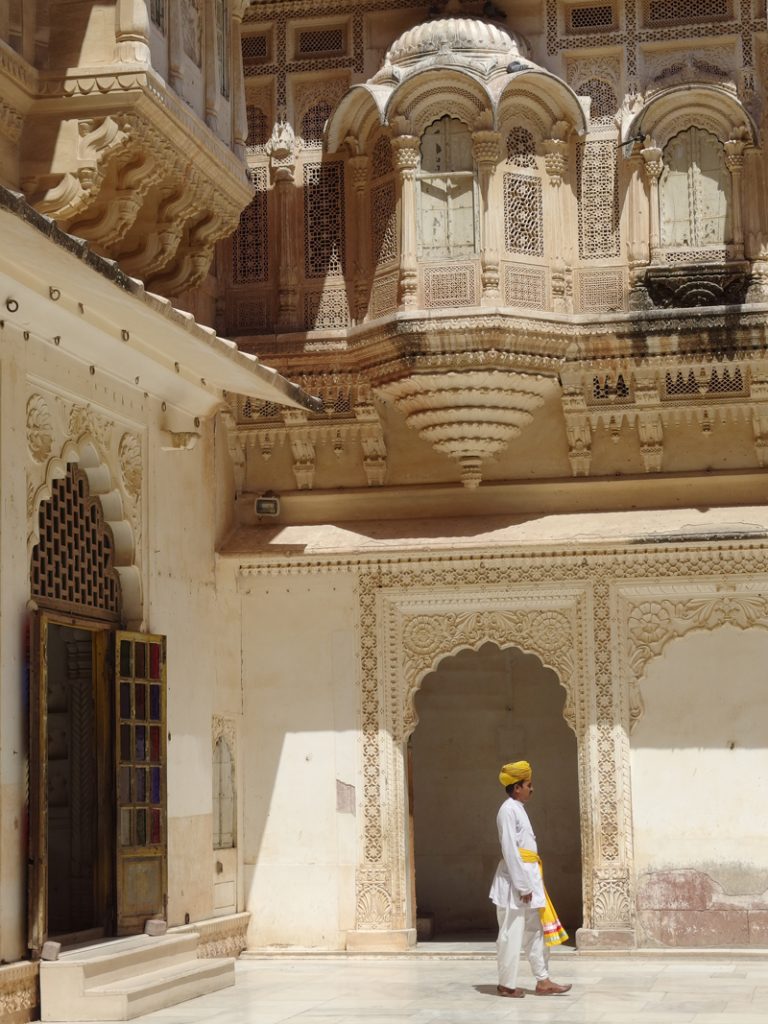 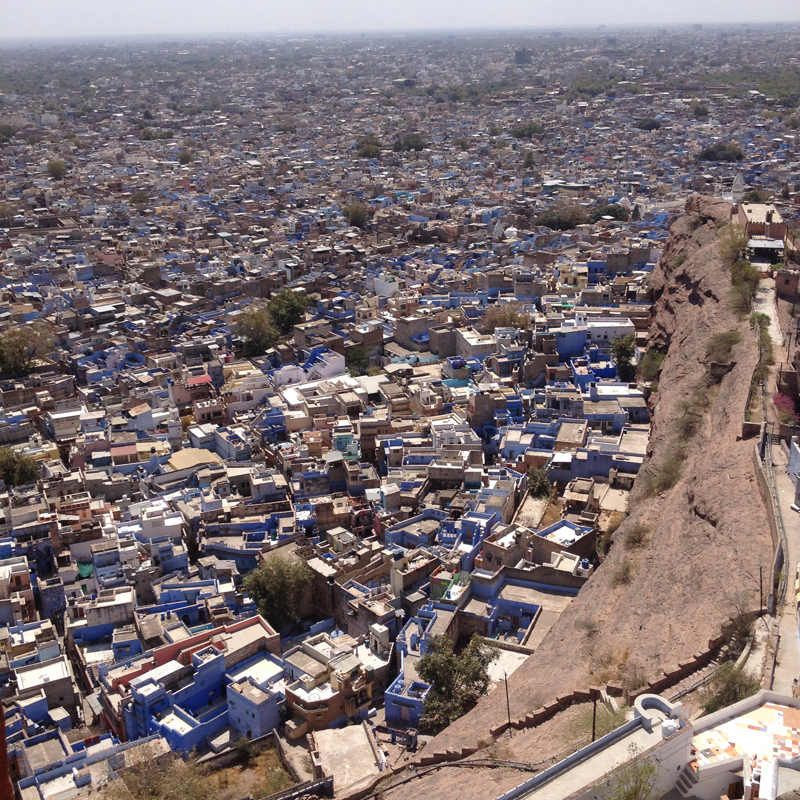 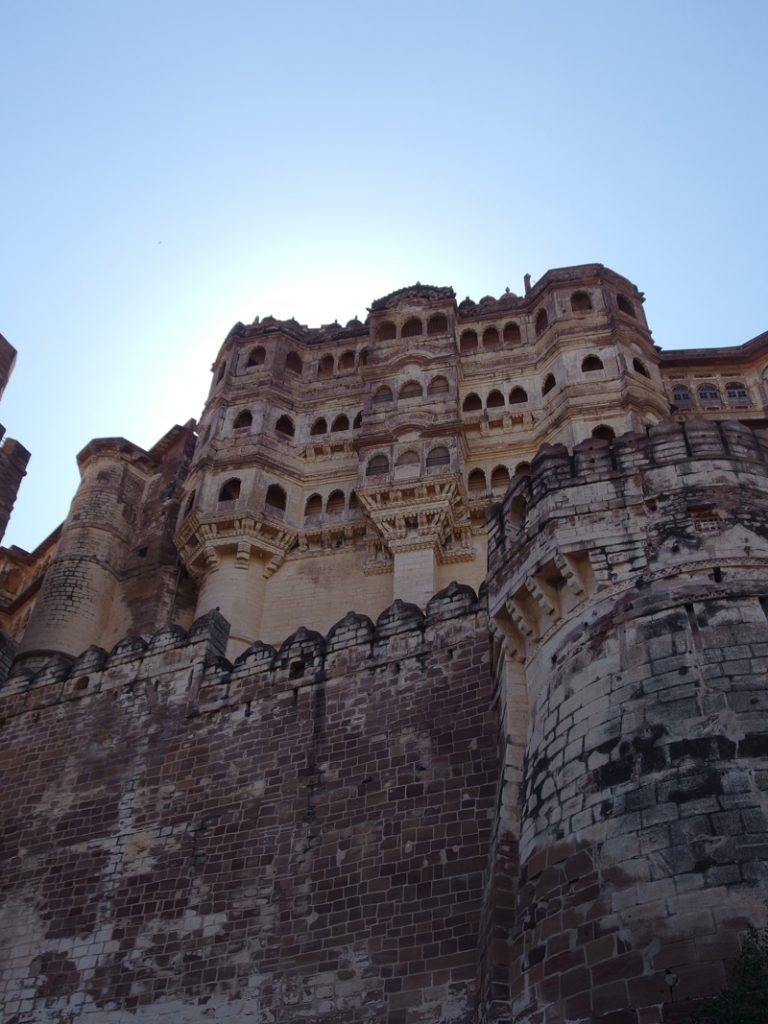 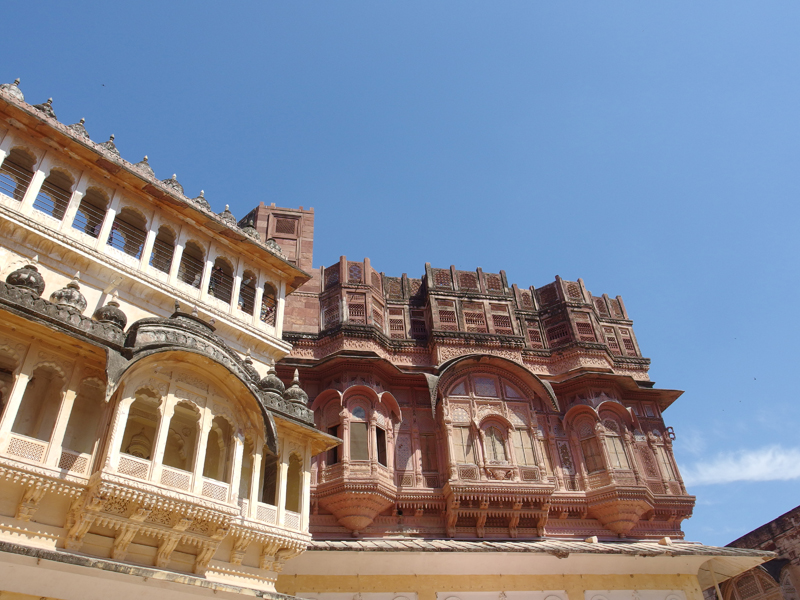 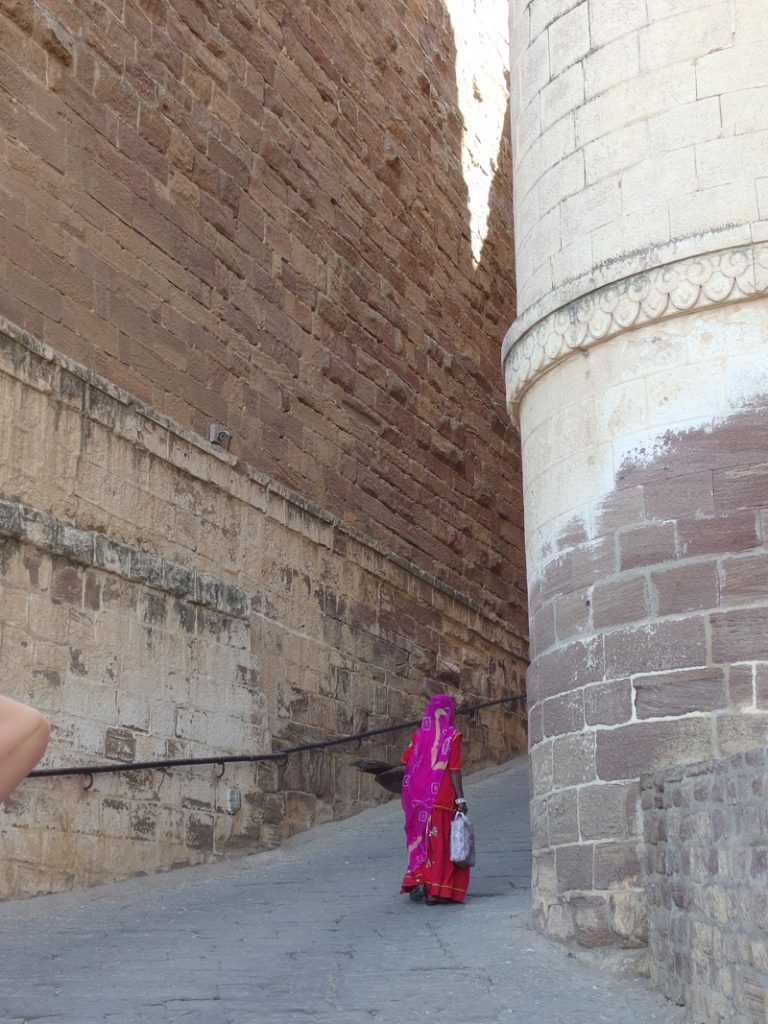 I felt like I found the real magic of this city by aimlessly wandering the traffic-clogged backstreets of the blue city below. Here, havelis crumble showing layer upon layer of history and old men sit outside their backstreet shops. It blew my mind to discover how rich the history of the city is. Any other country would be Disney-fying these priceless buildings, but old India decays ungracefully and that’s the beauty of it. 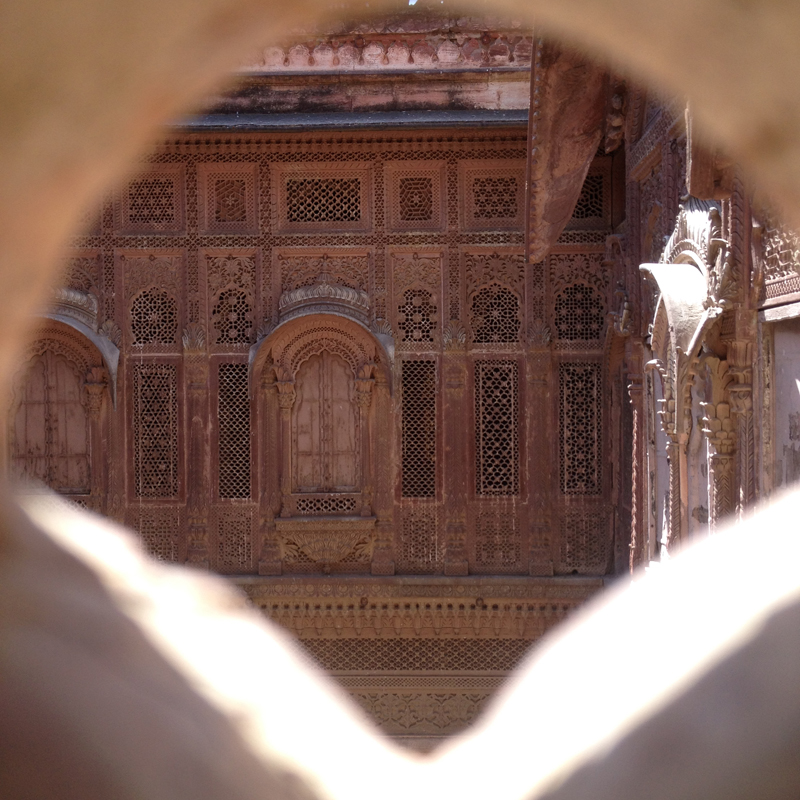 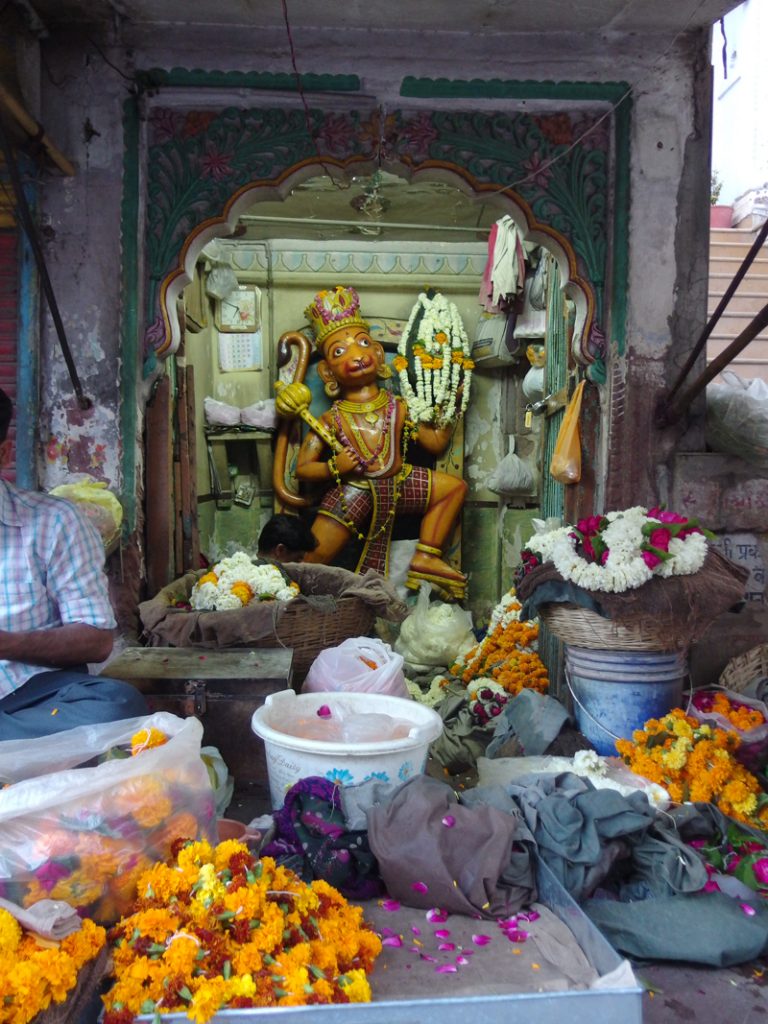 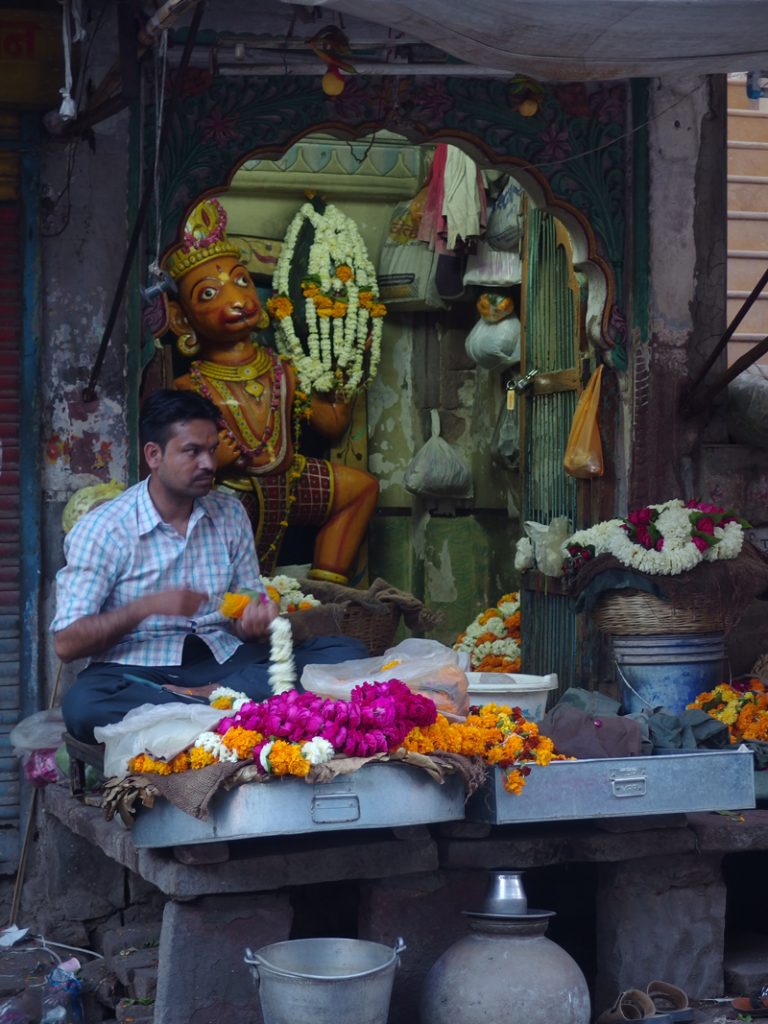 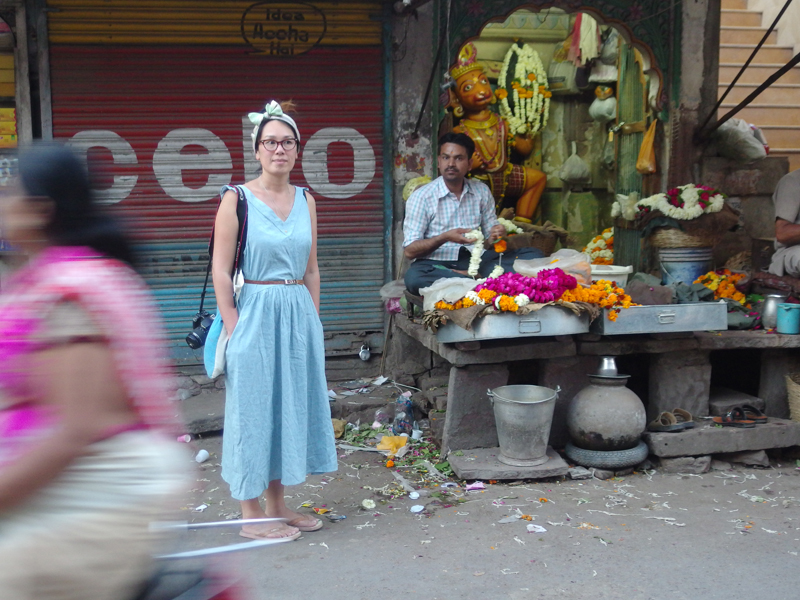 After a gentle dusting of desert sand and moped fumes, retiring to the manicured grounds and sparkling pool of RAAS was a godsend. It is hands-down the best boutique option in town: the location, style and service are spot on. They’ve also perfectly balanced the mix of historical restoration and cutting-edge city style. Lazing by the pool and sipping a cocktail with the fort as a backdrop is a memory I won’t forget for a while. 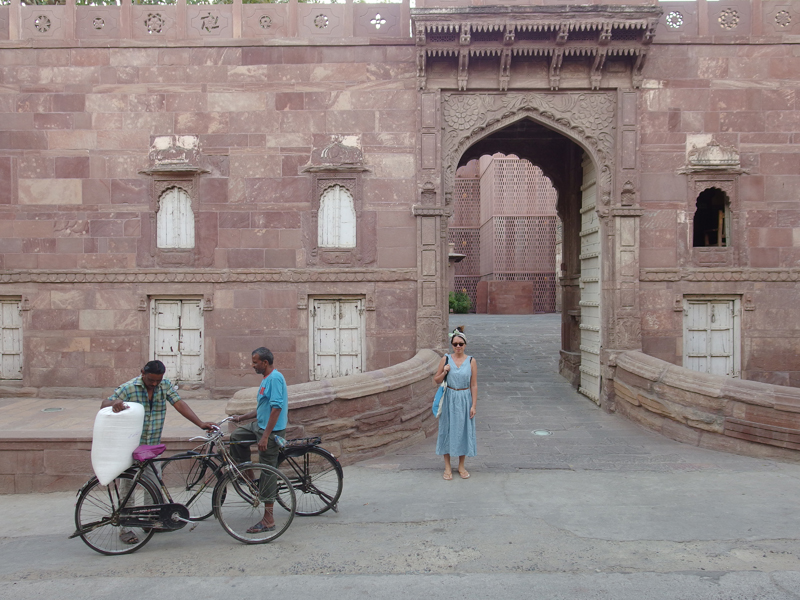 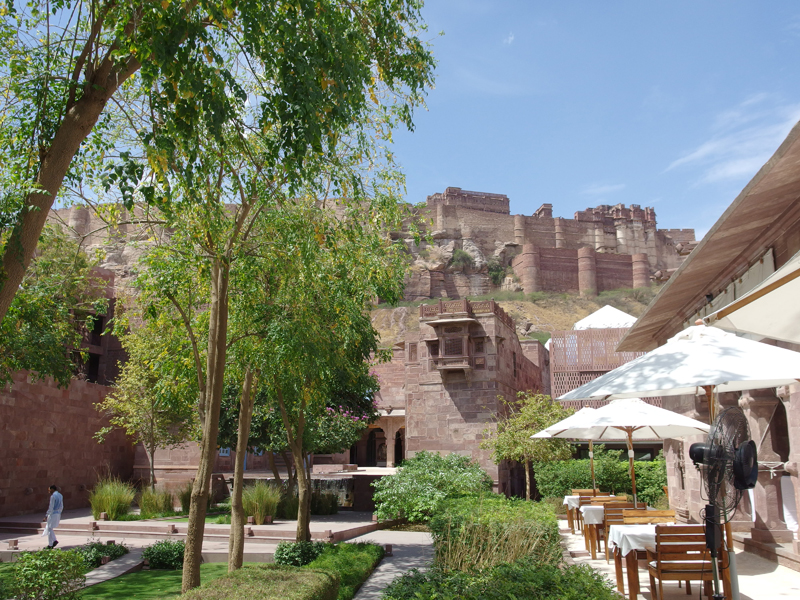 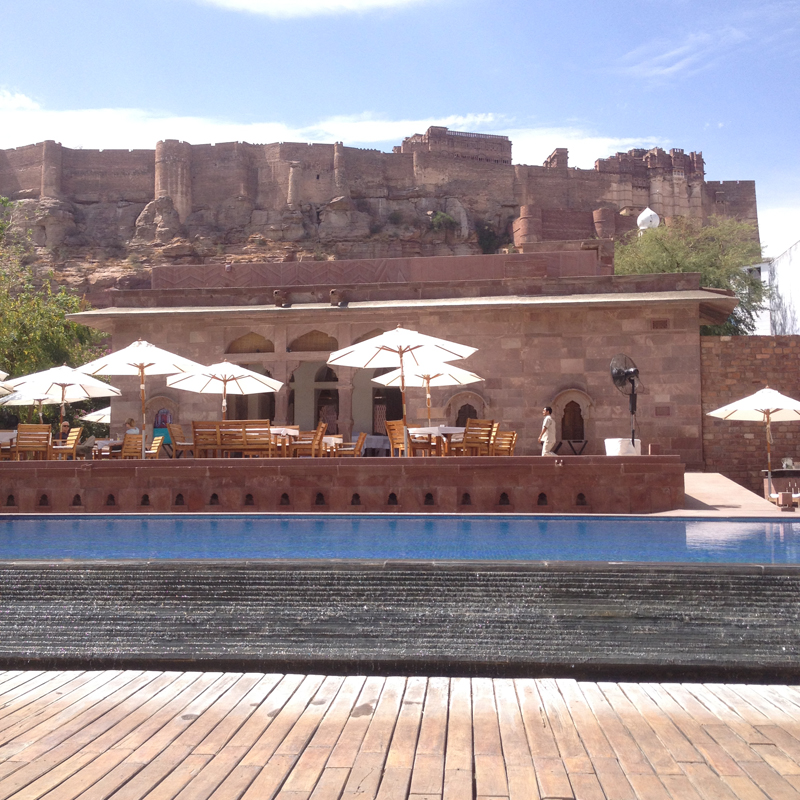 If you have just one opportunity to splurge in Rajasthan, make it a stay at RAAS Devigarh: a fairytale palace dripping in history with views over the village below. India is moving fast, but this felt like stepping into something timeless. We only had a night here, but I wish we had a week – we loved exploring its maze-like corridors and palatial rooms. The heat of the day consigned us to the pool, but sunset cycling through the village and along empty country backroads was my highlight. You could hole up for a week and never leave the place, but it’s a good base from which to explore the justifiably famous lakeside palace city of Udaipur and the surrounding area. 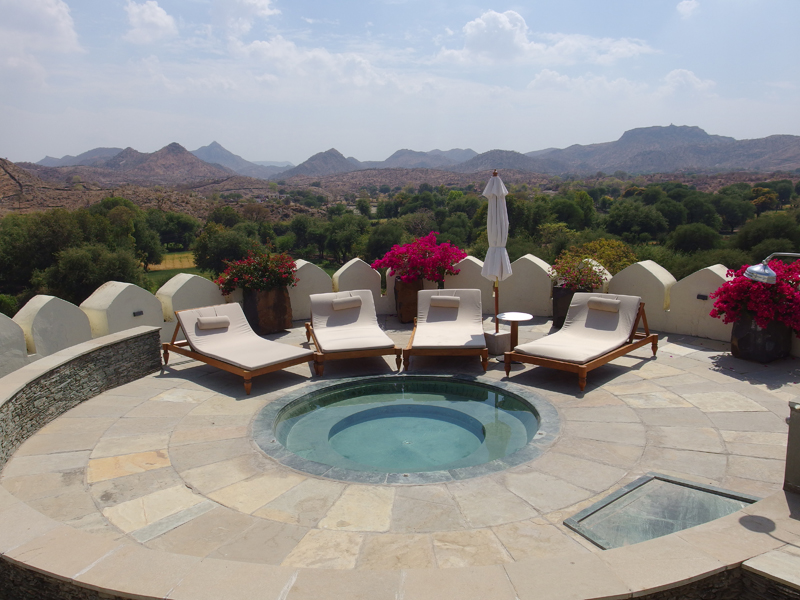 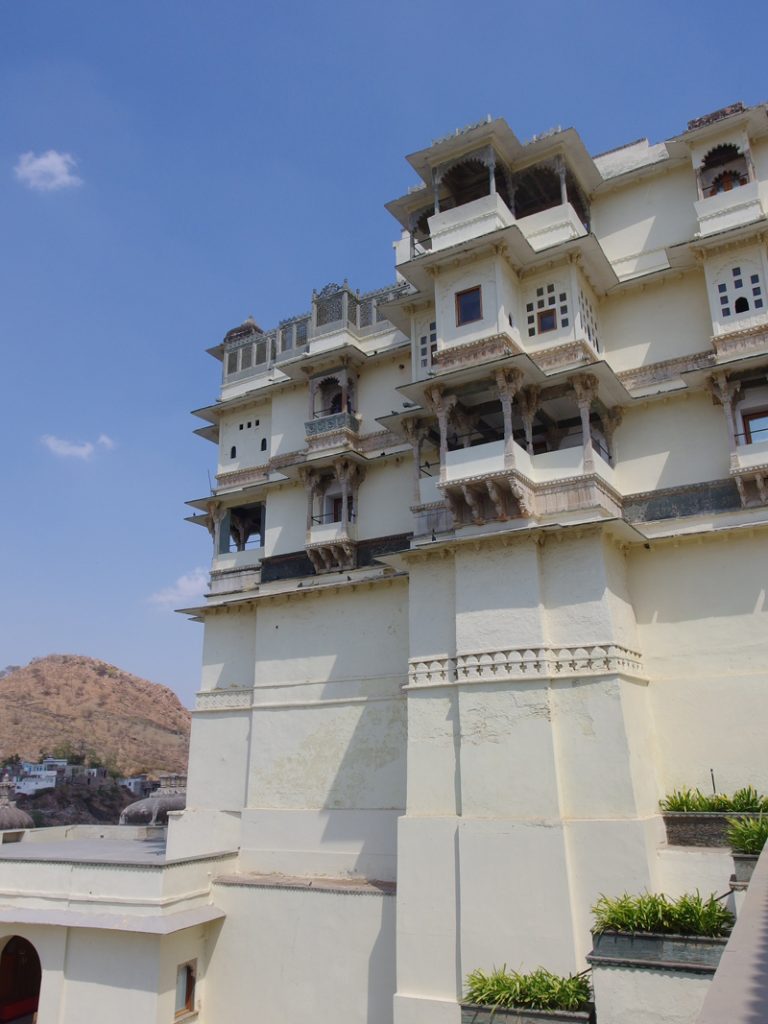 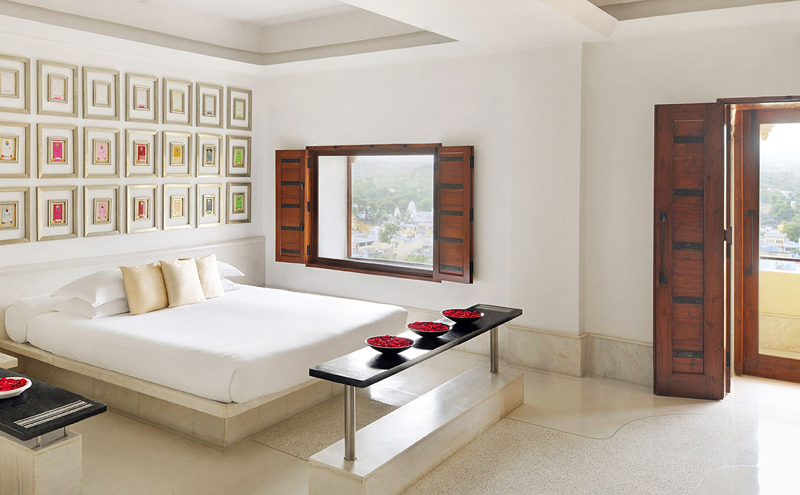 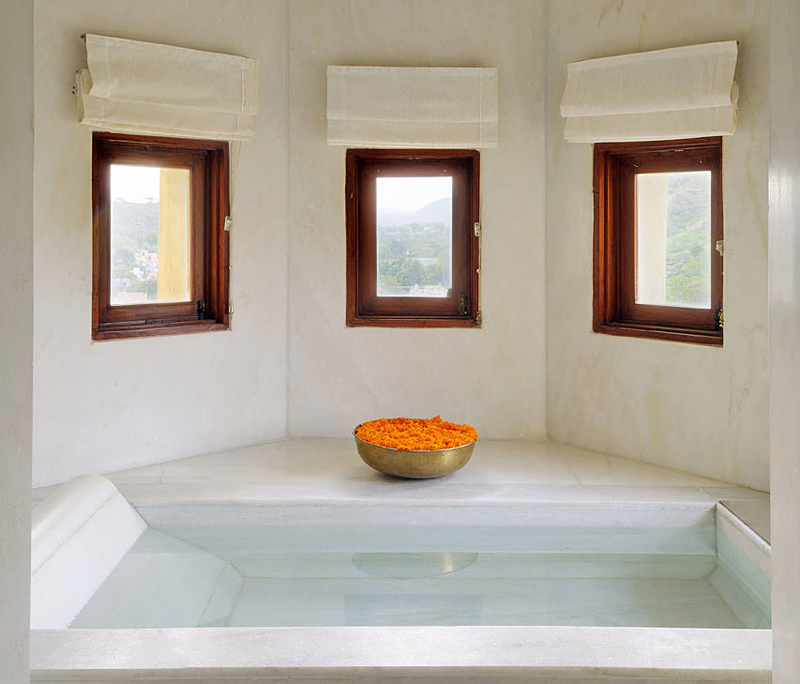 Let’s pull no punches, Rajasthan can be exhausting – the heat, dust, crowds and intensity of people and their fascination with you can be energy zapping (all the more reason why treating yourself to a good base for exploration pays dividends). But for every cow pat trod in, for every unwanted whiff up the nostrils, there were little magical moments which we loved. Rajasthan favours the adventurous, intrepid and the positive. For those intrigued by history and architecture (me), or those with a penchant for shopping (Joe) – you’ll be spellbound.  And we were. 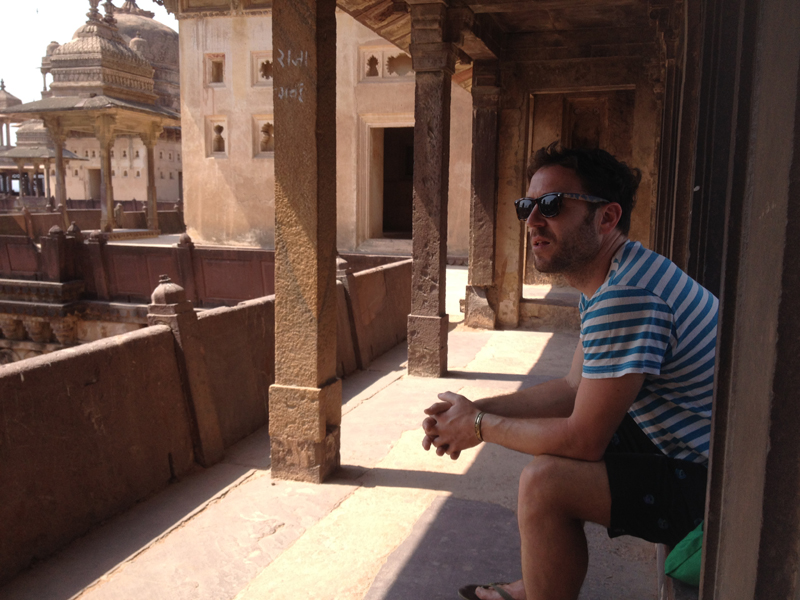