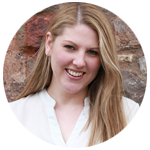 Deputy Editor Abi, a former Barcelona resident and a life-long fan of the city, shares her tips for exploring Catalonia’s buzzing capital.

Landing in Barcelona always feels like a bit of a homecoming for me. After spending a very happy year there in 2004, it’s a place I know and love. But no matter how many times I visit this sexy, sassy city, I always discover something new. Here’s a round-up of my favourite haunts, together with a few new finds… 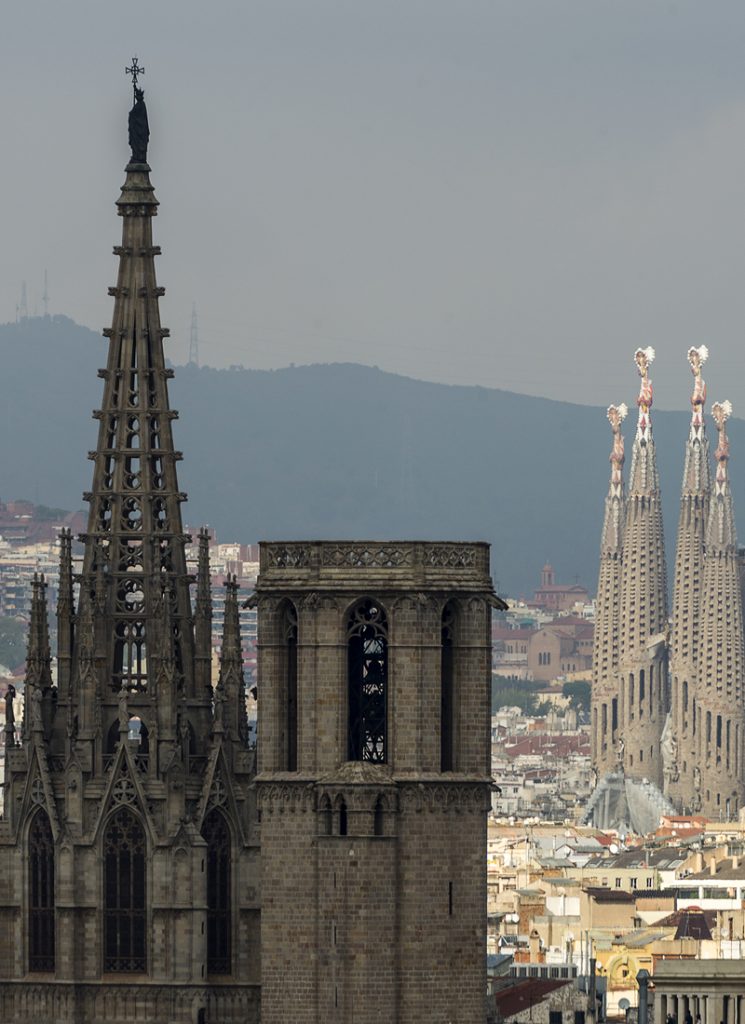 For drinks in a decadent setting head to Libertine, the bar of newly opened hotel Casa Bonay. It sits in the modernist Dreta de l’Eixample district and has quickly become a hotspot among hip locals, who flock here to sip imaginative cocktails beneath soaring columns and giant chandeliers. In summer the action moves to the roof terrace, which plays host to weekly barbecue nights complete with DJs. Adjoining Argentine-Catalan fusion restaurant Elephant, Crocodile & Monkey and café Mother are well worth a visit, too. 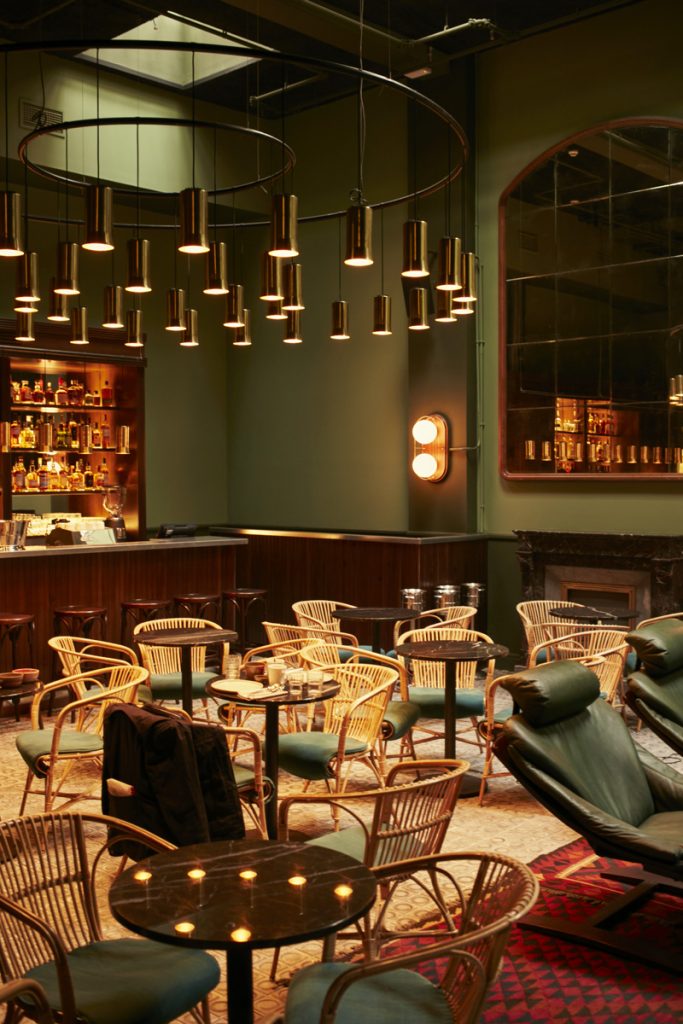 Yep, that’s right: a museum devoted entirely to chocolate. Unmissable for anyone with a sweet tooth, it gives a taste of chocolate production through the ages. It also houses an impressive display of monats (elaborate chocolate sculptures which adorn Catalan windows every Easter) – when I last visited a life-size chocolate Porsche 911 had taken centre-stage.

This tiny tree-dappled square in the Barri Gòtic has a rather melancholy feel. It’s one of the settings for Carlos Ruíz Zafón’s best-selling book The Shadow of the Wind, and was the scene of a fascist bomb blast during the Spanish Civil War (pock-marks still dot the walls of its church). Today it’s a pretty spot for a tipple – try the bar at the swish Neri Hotel. 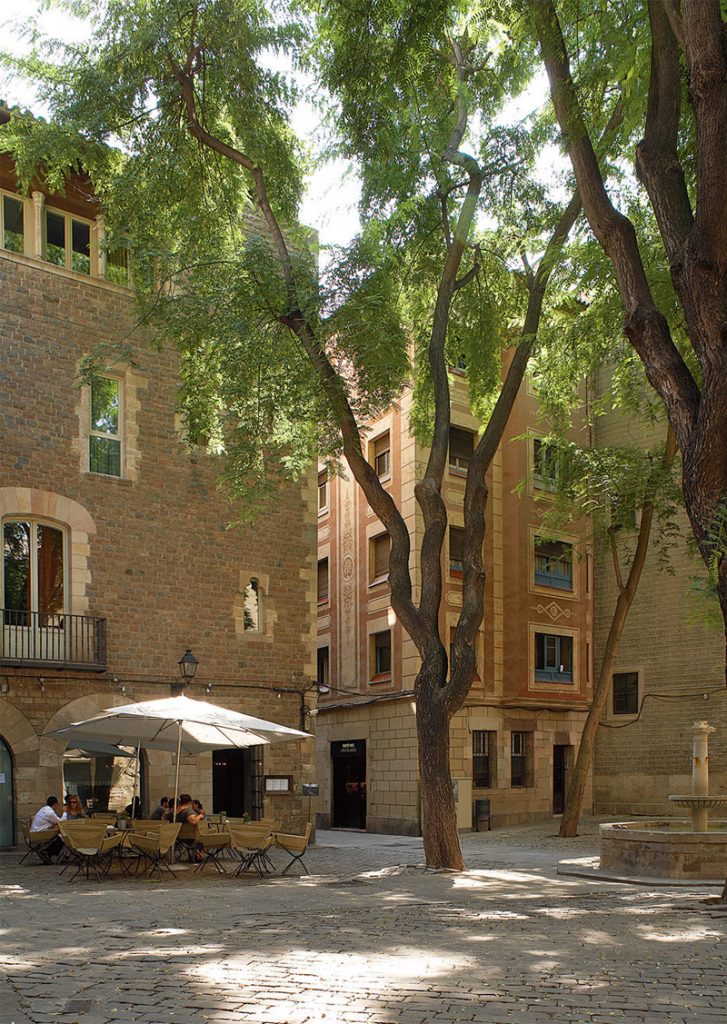 I always enjoy wandering around Casa Asia, which promotes awareness of Asian culture. There’s always something new to see (a photography exhibition, contemporary Chinese sculpture), along with a permanent art collection and a cinema. A visit also gives you the chance to peek inside the Palau del Baró de Quadras, an ornate modernista building with Moorish architectural influences.

Hidden in the trendy El Born district, Aire de Barcelona is an Arabic-style bathhouse with cold, warm and hot pools. It’s a soothing, cocooning retreat, softly lit by glowing lanterns and perfect if you’re feeling frazzled after a day of sightseeing. There are some unusual treatments, too, including the likes of red wine baths and Argan-oil rituals. 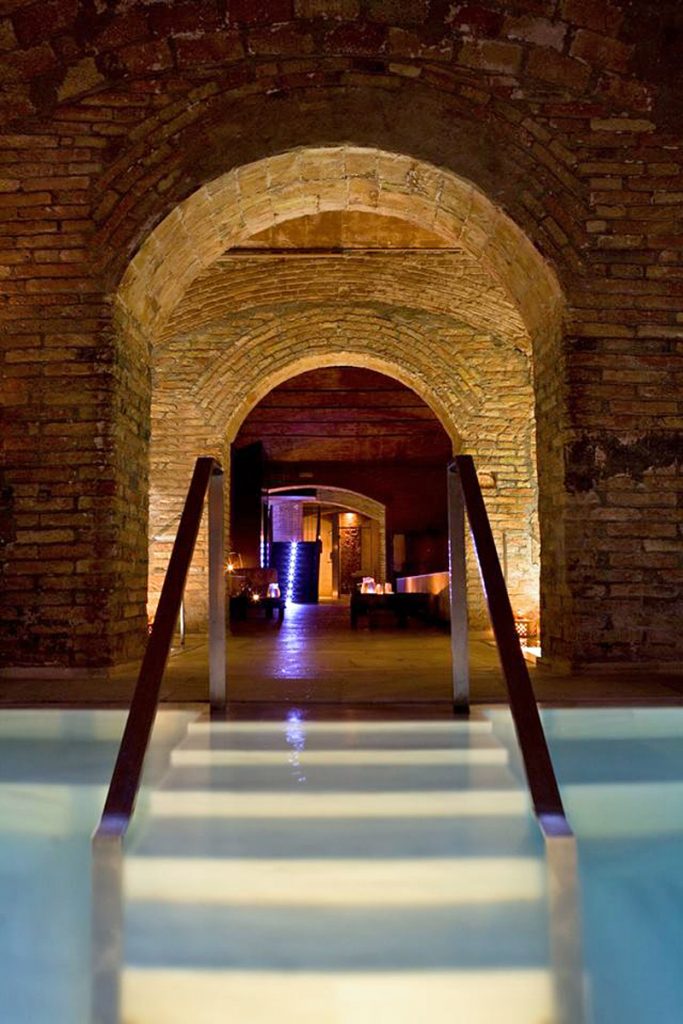 This subterranean museum, accessed via Plaça del Rei in the Barri Gòtic, gives a fascinating insight into the city’s ancient past. Several kilometres of suspended glass walkways meander over the remains of Roman Barcino, including streets, shops and mosaicked public baths.

For evening cocktails and people-watching, you can’t beat the rooftop bar at the sleek and stylish Hotel Omm, open to non-guests from 7pm. The mojitos are massive, the outdoor sofas are sink-into comfy, and the view over Gaudí’s modernista masterpiece La Pedrera, tinged pink at sunset, is stunning. 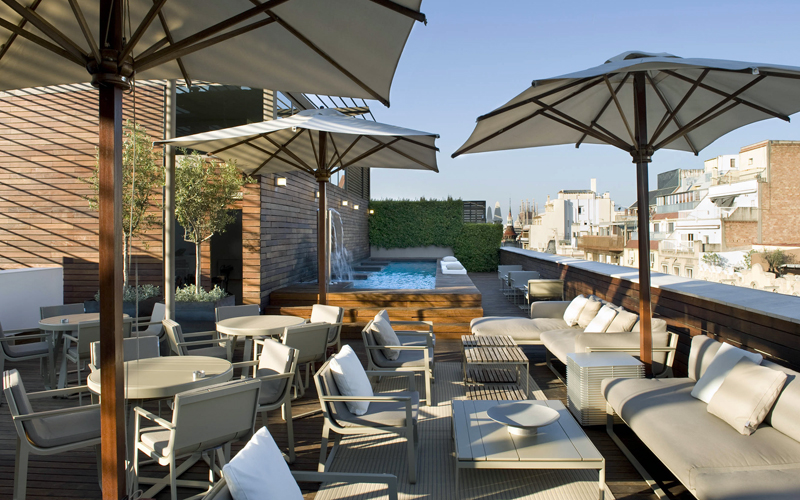 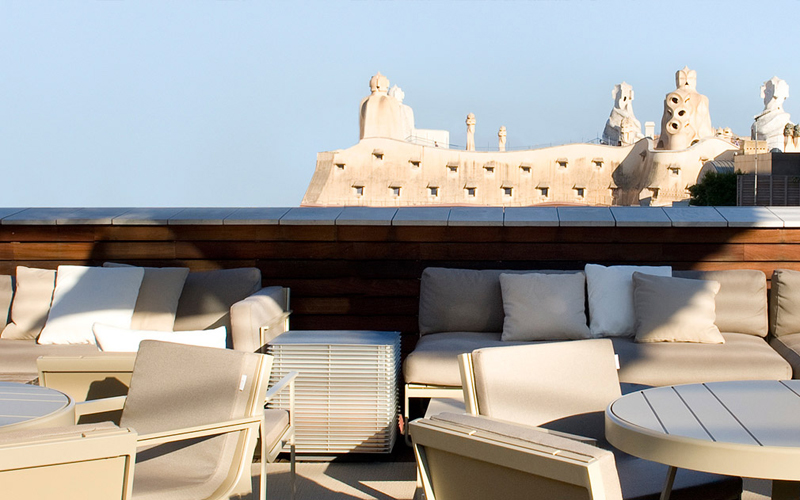 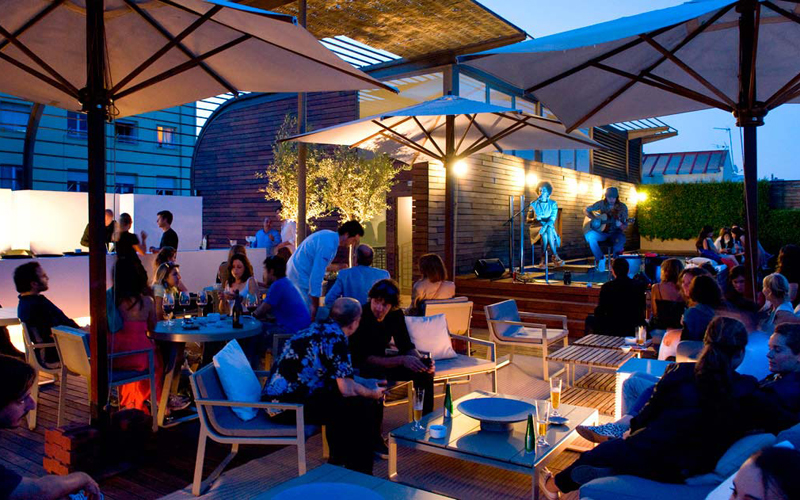 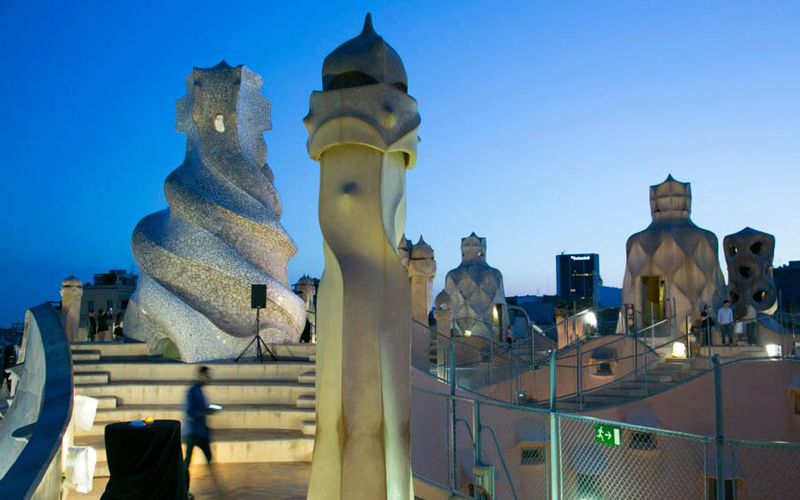 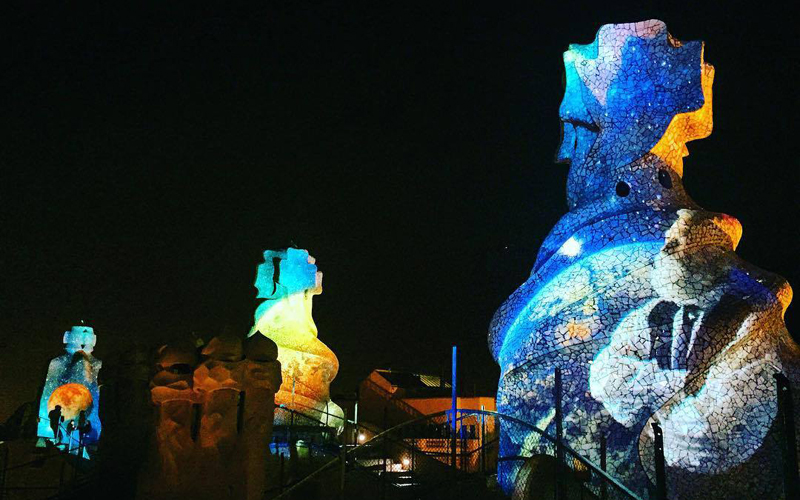 Experimental dance is the mainstay of this unusual arts venue, set in a former flower market on the slopes of Montjuïc. I once caught a show here charting the influence of Indian, Arabic and gypsy culture on the evolution of flamenco – one of the best dance performances I’ve ever seen.

A replica of German architect Ludwig Mies van der Rohe’s modernist pavilion, built for Barcelona’s International Exposition in 1929, stands a little way off Plaça d’Espanya. There’s not much to see inside, but its clean lines, marble and onyx walls and mirror-like pools create a zen-like place to sit and watch the world go by.  A few original versions of Mies van der Rohe’s famous ‘Barcelona’ chair stand in the foyer; don’t sit on them, or an attendant will shout at you (I found this out the hard way). 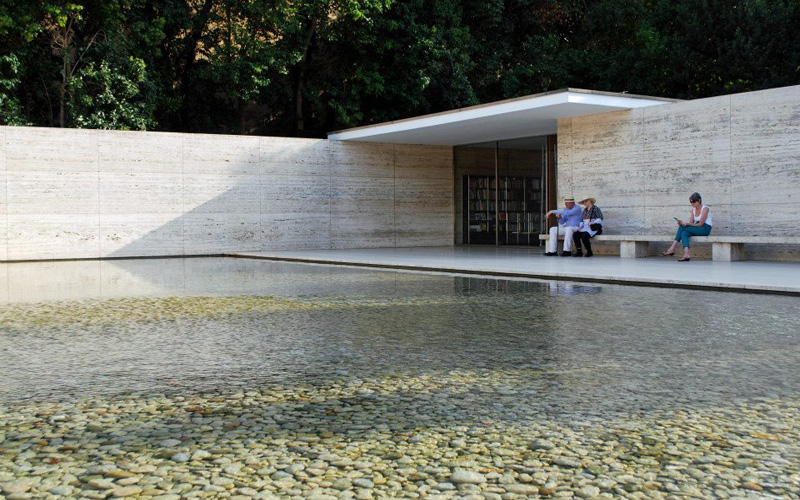 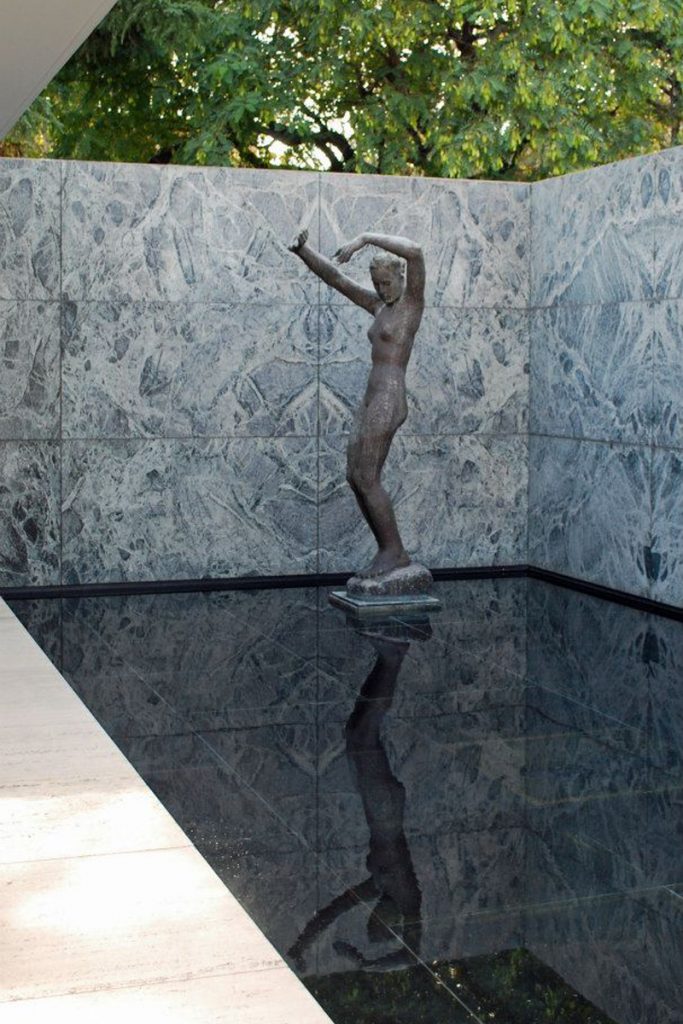 And one final tip…

Bag a window seat on the right-hand side of the plane as you land. Flights normally approach from the north, giving a wonderful bird’s eye view of the city. On a clear day you’ll see the port, the Olympic stadium, the soaring spires of the Sagrada Familia, and the towering church-topped peak of Tibidabo. Apologies in advance if the weather means you come in from the south…

See our full collection of boutique hotels in Barcelona. 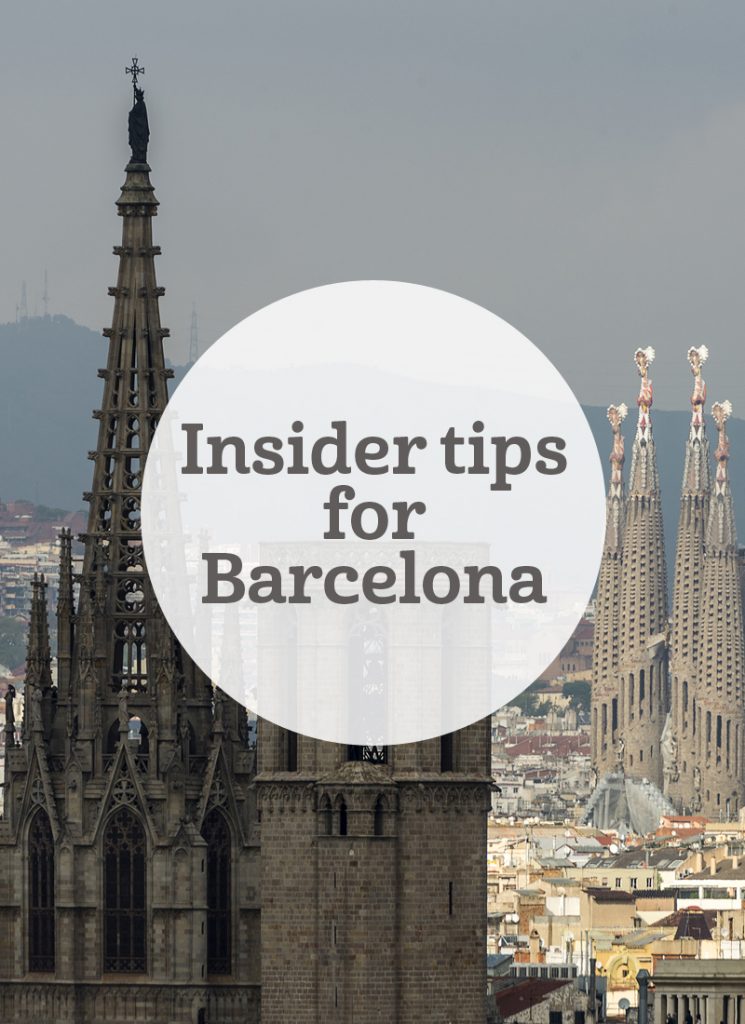