Just back from… Sicily (with the Kids!)

|In Family escapes, Our trips
|By Nadine

For Easter my family and I flew south to sunny Sicily, like reverse swallows escaping the last of Northern Europe’s wintry clutches. 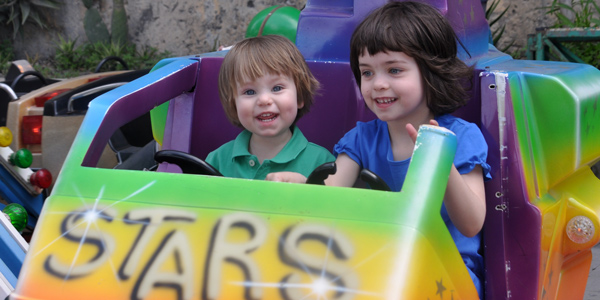 Since moving back to the UK after 5 years in California, we have vowed to spend more time exploring Europe. Top of our list: the largest island in the Mediterranean.

It was a less than auspicious start to our 10-day holiday: a stroller and a suitcase full of the kids’ clothes went missing somewhere between London and Catania, and our toddler Cormac threw up all over himself and the hire car en route to Siracusa, our first destination.

However, the warm welcome from Fiora and her son Gianmarco at L’Approdo delle Sirene restored our equanimity, and we were soon exploring the delights of this UNESCO-listed town.

And plenty there are, too. L’Approdo delle Sirene sits on the waterfront in Ortigia, Siracusa’s peninsular old city, and the beautiful Piazza Duomo nearby is just made for running around – we used some playtime here as a bargaining chip to negotiate a visit to Caravaggio’s Burial of St Lucy in the adjacent Santa Lucia alla Badia. 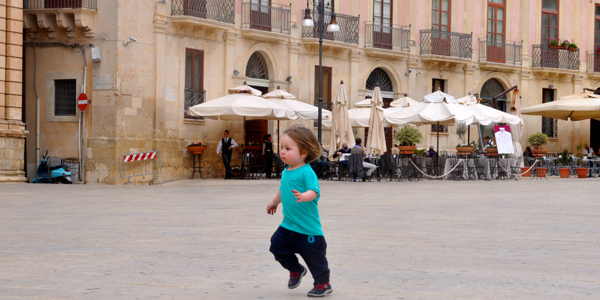 The Duomo itself was built over the 5th-century BC Temple of Athena – amazingly, you can still see Greek Doric columns in the cathedral walls. The smaller fry was impressed by the horses in the fountain in the centre of Archimedes Square, and 5-year-old Esme loved playing pirates in the 13th-century Castello Maniace. She was also thrilled to discover that ice-cream shops take the place of ice-cream vans in Italy! 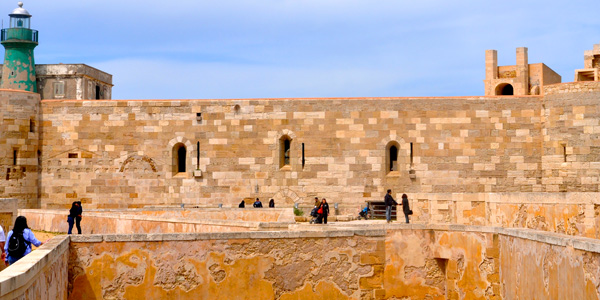 Our next stop was agriturismo Masseria Ciancio, hidden in the countryside between the Baroque splendour of Modica and the seaside charms of Pozzallo. It’s set in a delightfully restored 19th-century farmhouse and outbuildings, arranged around a cobbled courtyard. There are 7 large rooms (all with multiple beds, so perfect for families and groups), plus a living room, a stone breakfast room and an airy dining conservatory.

The owner has an excellent eye and has decorated the whole place in a fetching vintage country style (kitschy tableware, ancient tiles, old kitchenware, antique furniture, retro floral fabrics). There’s also a pool (although it was too early in the season to swim) and a small playground for kids. The traditional Sicilian breakfasts are utterly delicious (think homemade pastries and jams), and you can order meals and picnic baskets in advance. 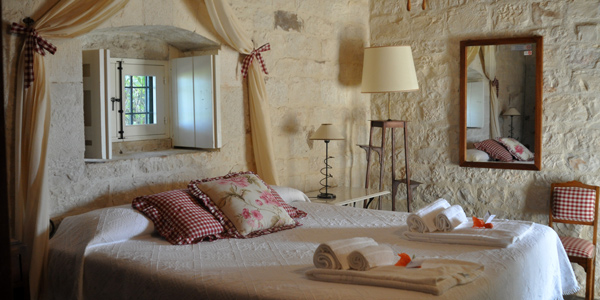 We had a fantastic stay – the surrounding lanes and fields were full of spring wildflowers and bursting with birdsong, and our room had a private garden where we could sit in the sun. And it was here that we were finally reunited with our lost luggage! 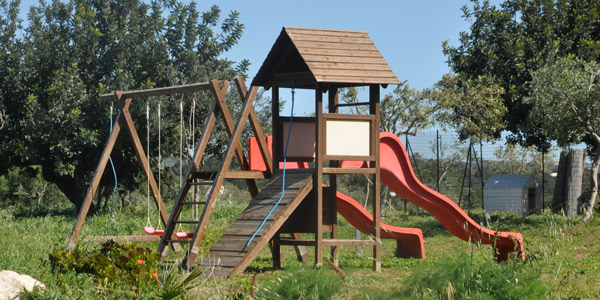 En route to Relais Parco Cavalonga, our third hotel, we stopped off in medieval Modica. Like other towns in the vicinity, it was rebuilt after a devastating earthquake in 1693 and now forms part of the UNESCO-listed Val di Noto group of Baroque towns. A lack of forward planning meant we hadn’t checked Easter opening times and every church was closed. Still, we had a nice stroll through Modica Alta (Upper) and Modica Bassa (Lower), admiring the splendid architecture. 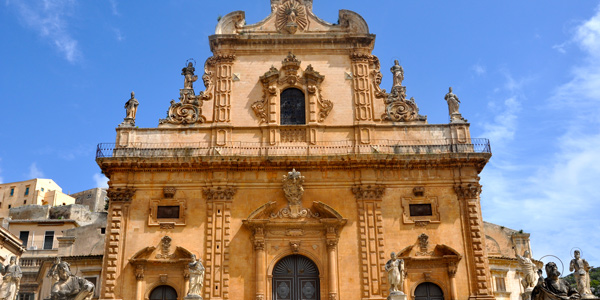 Relais Parco Cavalonga itself has a different style to the more traditional Masseria Ciancio: the décor is contemporary, the bathrooms are luxurious, and the grounds boast 2 swimming pools plus terraces and pathways to romp around.

There’s a choice of self-catering apartments and hotel rooms. We opted for Garden Deluxe room, with balconies overlooking the valley towards the sea. Interconnecting doors allowed us to make friends with a neighbouring Italian family, and the children seemed not to notice the lack of a common language when engaged in the serious business of looking for lizards and examining pebbles. 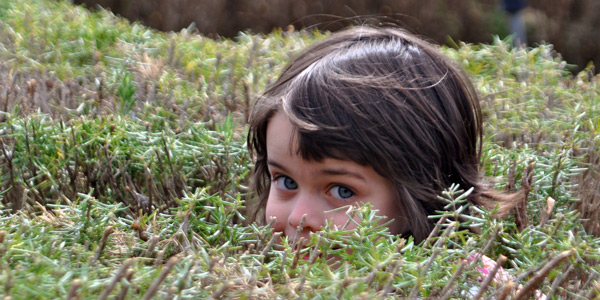 From here we explored Donnafugata – a stately castle with battlements and rosemary-scented gardens – and visited Ragusa, where we again missed out on seeing the cathedral by forgetting about siesta closing hours. Ragusa’s old town is perched impressively on a limestone outcrop and has a large, shady playground where the kids took a break from marvelling at superb stonemasonry. 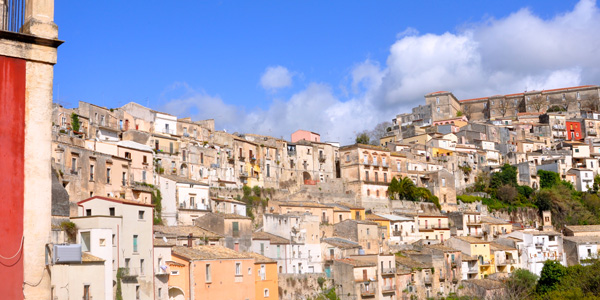 The longest drive of our trip (just over 2 hours) was across the south-eastern corner of the island to the slopes of Mt Etna. Excitingly, as we approached Europe’s tallest and most active volcano, a big black cloud emitted from its summit. It took us a while to realise that the gravel our car was crunching over as we headed off the autostrada was ‘volcanic sand rain’, as the locals call it. Black and jagged yet light and clean, there was a fine layer everywhere. 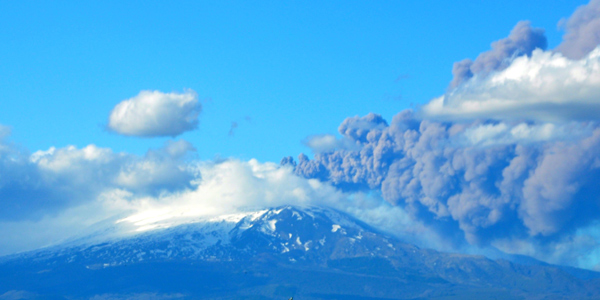 Staff at our next hotel, the gorgeous Monaci delle Terre Nere (‘Monks of the Black Earth’), were sweeping the substance off surfaces when we arrived, and for the next 3 days we trod on black granules underfoot. 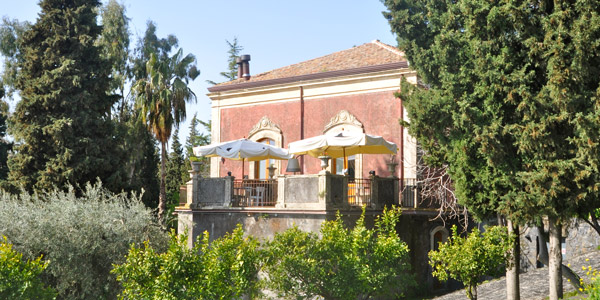 We loved this place. Charismatic owner Guido bought the 19th-century manor house in 2007 and has transformed it into a stylish eco-retreat, open to guests since last summer. Interiors are chic, with a mix of antiques, vibrant art and designer furniture, as well as the odd agro-industrial whimsy.

Breakfasts are served in the former grape-crushing room, and there’s a terrace with views out to sea. The set-menu evening meals made from fresh Sicilian produce were superb, as were the Etna-grown wines. 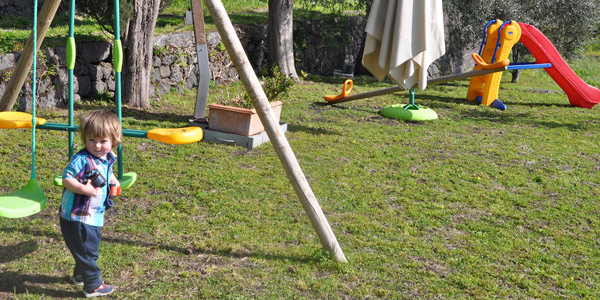 The grounds have been revitalised with hundreds of olive and fruit trees, and there’s a new infinity pool next to the playground. Future crops from the polytunnel and vegetable terraces are destined for the kitchen. 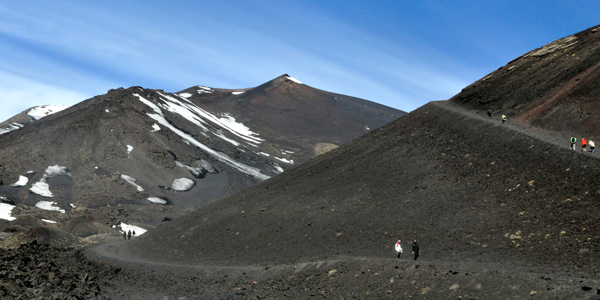 Our most successful outing of the holiday was exploring Mt Etna itself. We drove up to the Sapienza Refuge, which has eateries, souvenir shops and car parks, then took a cable car up to an altitude of 2,500m, well above the snowline (we saw folk skiing below us).

The kids thought it was a great adventure but weren’t too keen on walking in the snow, preferring to watch a video of former eruptions instead. After descending back down to the refuge we walked into a dormant flank crater, reddish in hue, where we purloined 2 lumps of lava which now grace our garden. 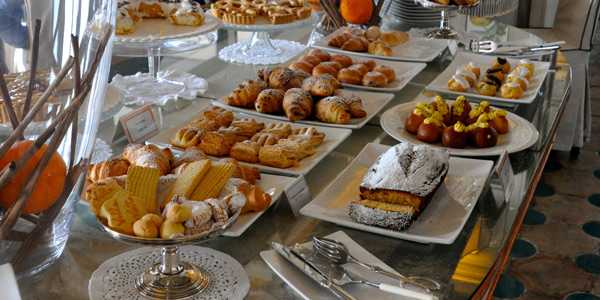 The last night of our trip was spent in Taormina at the lovely Villa Carlotta, whose rooftop restaurant has views to Etna and whose sumptuous breakfasts will live long in the memory. We stayed in one of the swanky new apartments, 100m up the road from the hotel itself. 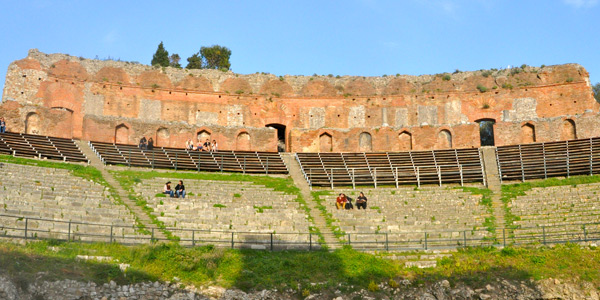 Taormina is built on a cliff and has a remarkable Roman amphitheatre constructed on an earlier Greek plan (it’s still used for concerts and cultural events). It was here that Cormac ran down a ramp and straight into a corner, resulting in the developmental milestone of his first black eye. We also went to the beach, and strolled with other townfolk and tourists along the restaurant- and boutique-lined main thoroughfare. 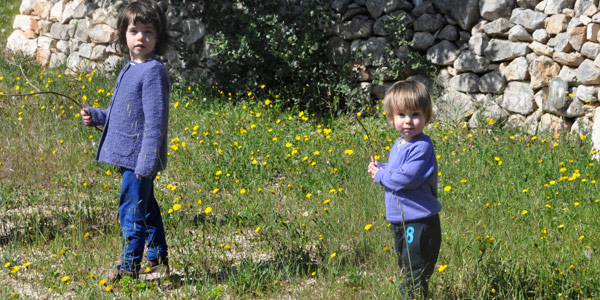 Ten days simply flew past. Next time perhaps we’ll come without the kids to explore more of this island’s rich history. Now to plan our summer adventures…

See all our family friendly boutique hotels and rentals in Sicily 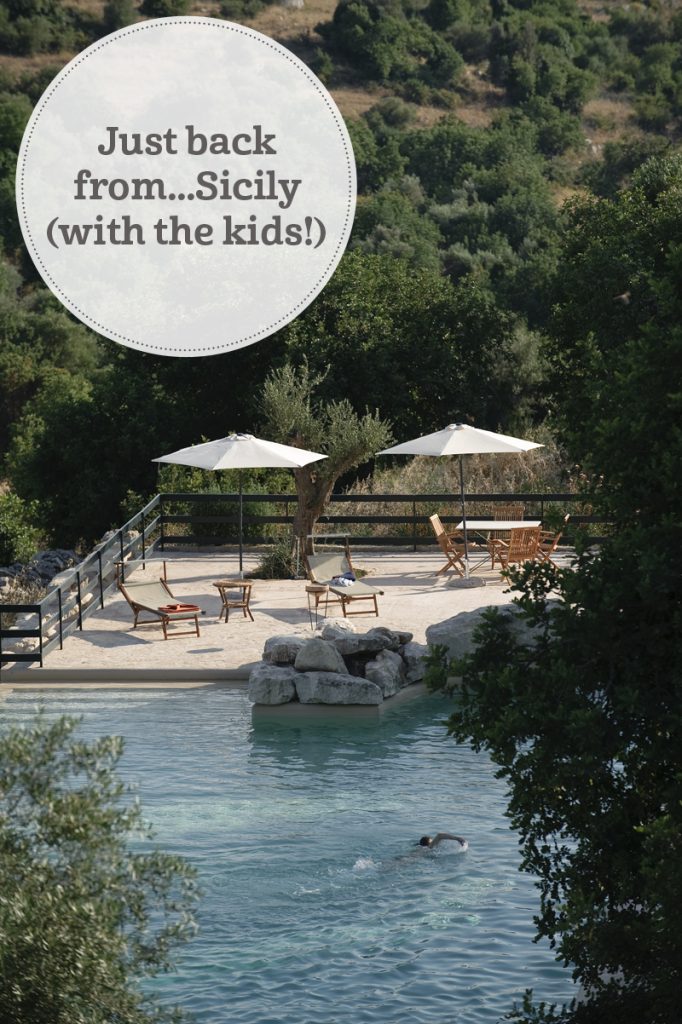