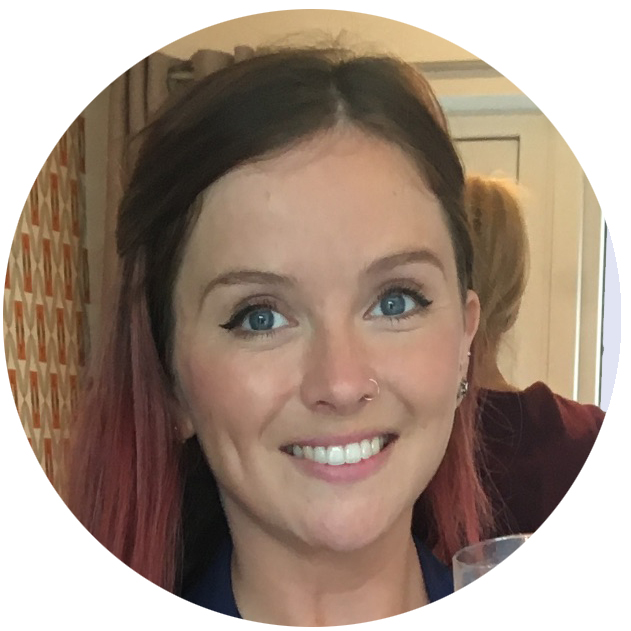 Can’t decide between a European city break or a rural retreat? Then have the best of both! Nature pervades every sense in these secret escapes tucked away in the countryside, yet all are close enough to major cities for an easy day trip 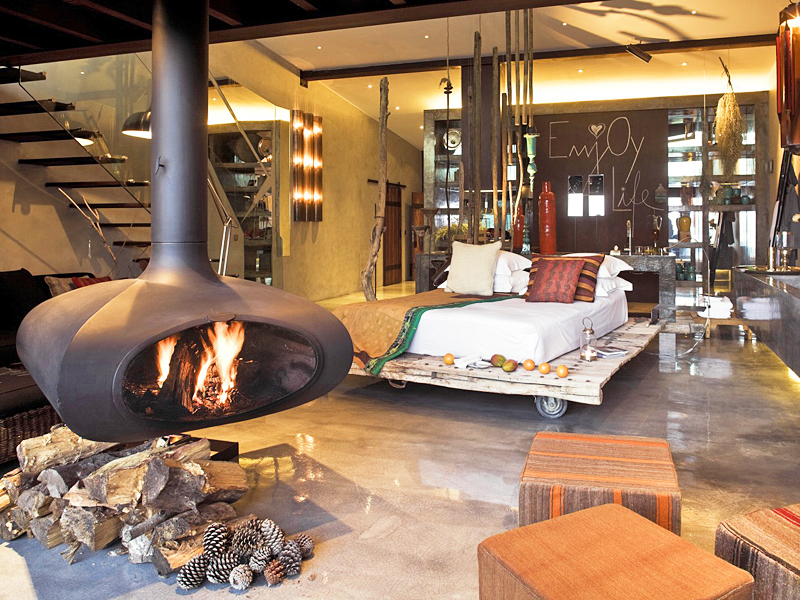 Why go: Rising up behind Costa da Prata’s Atlantic-facing sand dunes is this mystical wonderland of 17 irresistibly unique rooms and villas. Relax in front of pod-like wood burners between surf sessions and snooze on driftwood-framed kingsize beds. Soothe your body and soul with organic produce at every meal, sip lemongrass tea from the garden and forage in the sea. When you feel re-energised, nearby Lisbon’s charming streets are waiting to be traversed.

How much? Rooms and villas from £272 per night 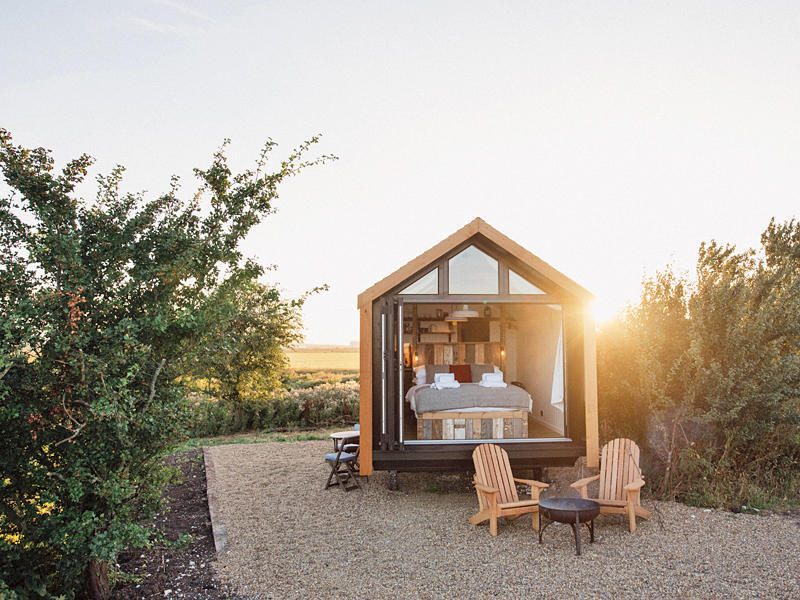 Why go: Urban industry merely studs the horizon at this national nature reserve on the low-lying Isle of Sheppey. London’s excitable murmurings just down the road will soon melt into a hubbub of insects hurriedly pollinating, while somewhat intrusive planes are replaced with nesting birds. Romantic solar-powered shepherds huts dot the farm, but there’s a farmhouse, barn and cottage, too. Either way, turn off your phone, lie back and soak up that skyscape. 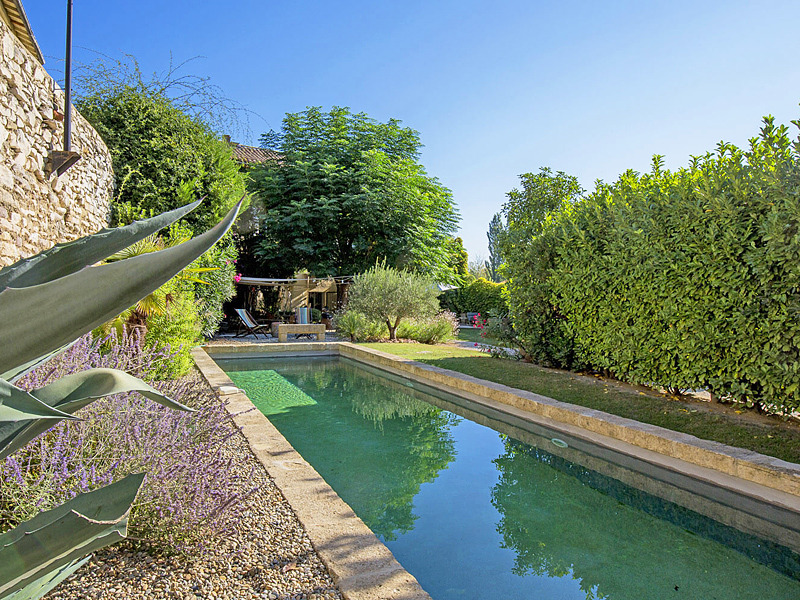 Why go: If you can tear yourself away from the shimmering 12m pool in a calm, shaded walled garden, there’s plenty to see in Provence. This old stone house – complete with chic interiors, wood burner and Jacuzzis – is the perfect antidote to a long day pounding nearby medieval pavements. A glut of historical villages awaits, plus Nimes, Uzès and Pont du Guard are only a quick jaunt by car. Marseille’s maritime history is also within easy reach. 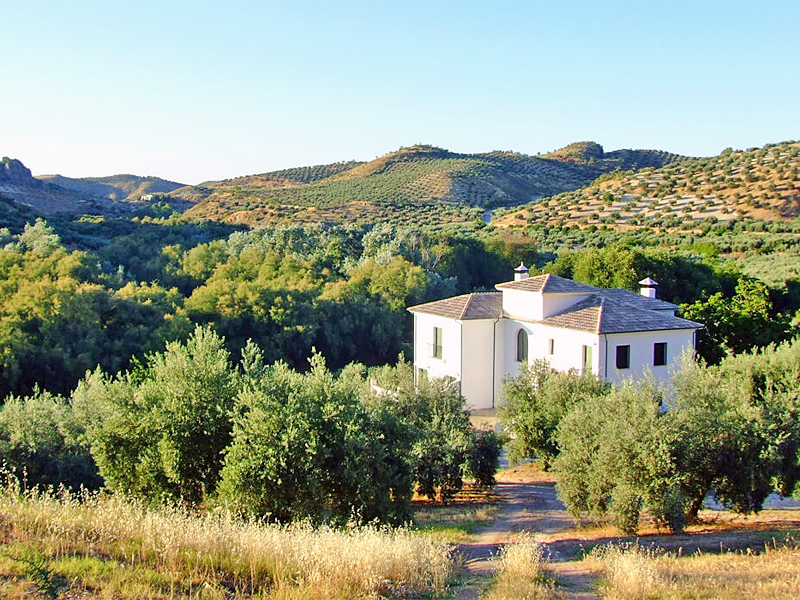 Nearest cities: Midway between Granada and Córdoba (both around 1 hour by car)

Why go: Merge three breaks into one at this great-value guesthouse in Sierra Subbética’s untouched, sprawling olive belt. A pool and hammocks offer divine escapism in this leafy Andalusian valley. Owner Tim has curated a list of cycling routes and walks starting from the house. Spain’s Moorish epicentres Córdoba and Granada can also be conquered in day trips. Don’t miss the awe-inspiring Mezquita-Catedral and striking Alhambra hilltop fortress.

How much? Rooms from £99 per night 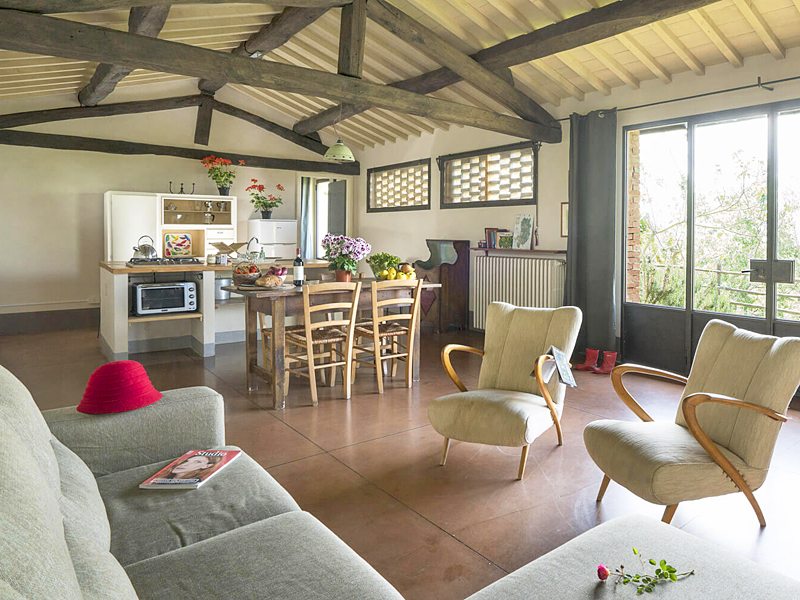 Why go: The term ‘farm-to-table’ is thrown around a lot, but it’s never been truer than on this organic 500-hectare estate in the heart of Tuscany. Guided truffle hunts, blackberry picking, herb foraging and baking courses (using these freshly-acquired ingredients) will bring you closer to the natural abundance. Stay in a converted farmhouse, lounge by the pool and forget all about that Netflix series you haven’t caught up on. Then, when you swing by Florence, be sure to visit Le Lune Ristorante nel Vivaio: an eatery owned by the farm in a gorgeous garden setting. You can order dishes featuring Chianina meat and white truffles reared and grown outside your bedroom.

How much? Apartments and houses from £65 per night

Nearest cities: Dubrovnik and Podgorica (both around 2 hours’ drive)

Why go: It doesn’t get more convenient than this. Fly into Dubrovnik and while you’re there, why not book onto a Game of Thrones walking tour? Just outside the city walls, Fort Lovrijenac – which you may recognise as the Red Keep in King’s Landing without the CGI – juts out triumphantly into the sea. Self-drive over the border to Montenegro, cruising amid mountains and cerulean sea until you reach the Baroque bayside village of Perast and this pretty boutique apartment.

If you can tear yourself away from its vintage allure, quaint palazzos, dreamy islets and lazy lunches along the waterfront, head to the capital Podgorica. It’s not all stark apartment blocks and sleepy squares. There are Ottoman relics to spy, Turkish coffee to drink in Stara Varoš (the old town which survived World War II bombings) and a burgeoning late-night bar-hopping scene on Bokeška Street.

How much? Apartment from £70 per night 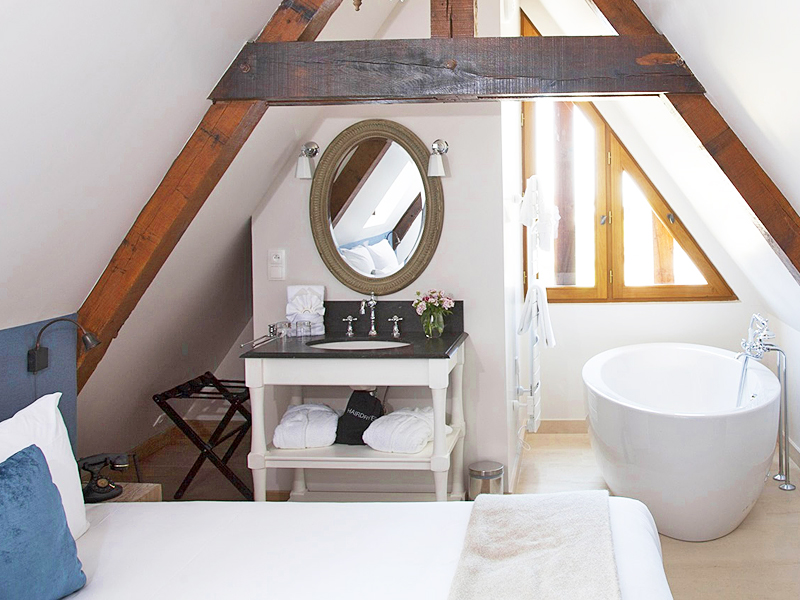 Why go: Settle into peaceful farmlands at this 16th-century manor house in Normandy. Its timber-framed facade is embraced by green fields and apple trees, and you don’t need to venture far to discover abbeys, gardens and historic chateaux. Unwind with a pink rose cider aperitif: it’s a speciality from the surrounding Eure orchards. Paris’ hub of fashion, art and gastronomy beckons if you can bear to part with pastoral bliss. 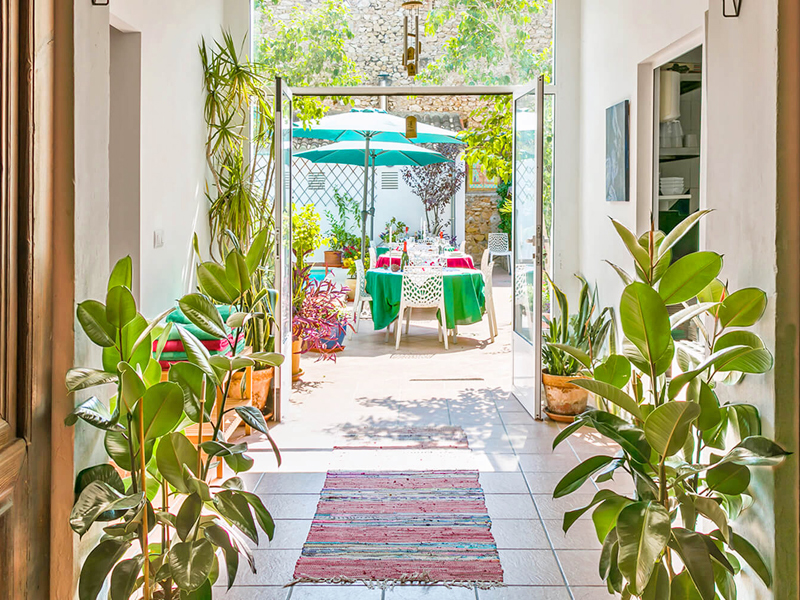 Why go: This well-priced guesthouse with only five rooms has been artfully restored in a quiet village that oozes traditional Spanish charm. Beaches are half an hour away, and it’s only a little further to Valencia’s regenerated waterfront, and a city awash with boutiques and bars. Owners Charlotte and Sophie can suggest some of their favourite haunts. Cool down in the 11m pool set in a flower-filled courtyard.

How much? Rooms from £47 per night 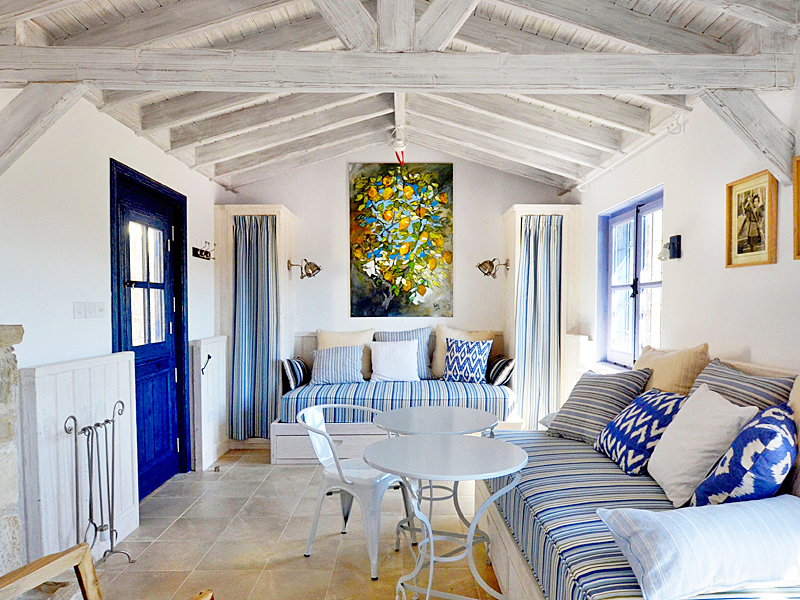 Why go: As well as boasting a bounty of historical artefacts, Limassol has recently opened its doors to Cyprus’ first wine school. A day’s course comes with a hefty price tag, but includes an examination and an official WSET Level 1 Award. From here, head up to the foothills of the vine-rich Troodos Mountains to uncover this boutique guesthouse (its name literally means ‘hidden’). Submit yourself to its surrounding pine-forested summits, candlelit dinners, bijou pool and peaceful cobbled village.

How much? Suites and houses from £147 per night 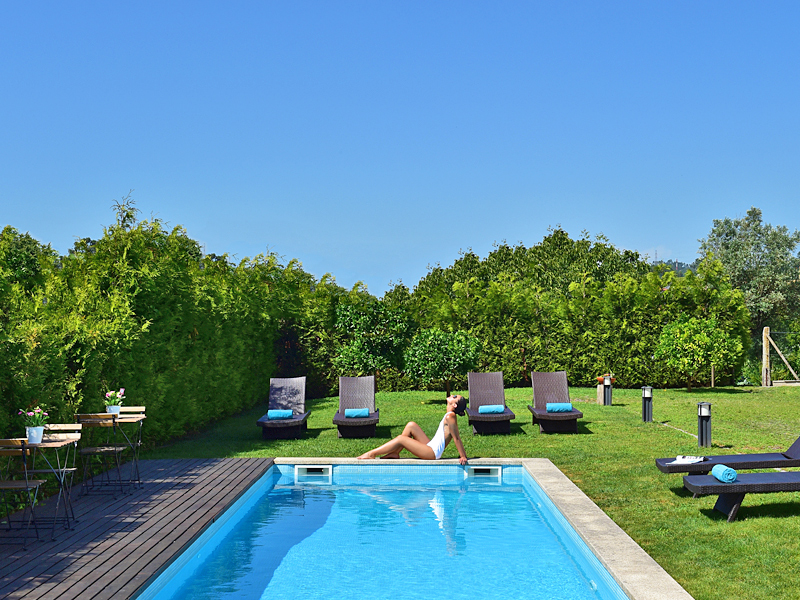 Why go: This family-run collection of 10 rooms may be on the outskirts of a small town, but its tranquil setting among fruiting trees and vines is an ideal base to explore the nearby Paiva Walkways and lesser-known Parque Natural do Alvao. It’s also within easy reach of Porto for day trips. As well as stocking up on its eponymous wine, lose yourself in the Livraria Lello bookstore: its neogothic construction, ornate staircases and golden columns inspired JK Rowling. When your capacity for adventure is saturated, relax by the pool with a glass of vinho verde and nibble on petiscos (tapas).

How much? Rooms from £85 per night

Explore all our European rural hideaways