|In City breaks
|By Melissa

This month we’ve shared our insider tips for Spain’s big urban hitters, Barcelona and Madrid. But they aren’t the only Spanish city breaks worth taking. Here we highlight more of our favourite hot spots for city culture, foodie delights and fab weekends away.

Well-served by budget flights, the Catalan city of Girona is rich with historic sites. The cathedral has the widest Gothic nave in the world, and the Arab baths and medieval walls are stunning. Criss-cross the many bridges, from the old quarter to the new and back again. Seek souvenirs in Jewish Quarter’s maze of cobbled streets and artisan shops. For a real treat, book El Celler de Can Roca well in advance – it has 3 Michelin stars and was voted the world’s best restaurant in 2015. Stay at Alemanys 5.

In May, the streets are full of flowers for the Temps de Flors celebrations. In autumn, the 3-month Temporada Alta festival brings music, dance and theatre events. And just outside the city is a vast forest with hundreds of mountain bike trails, some of which extend to the coast. 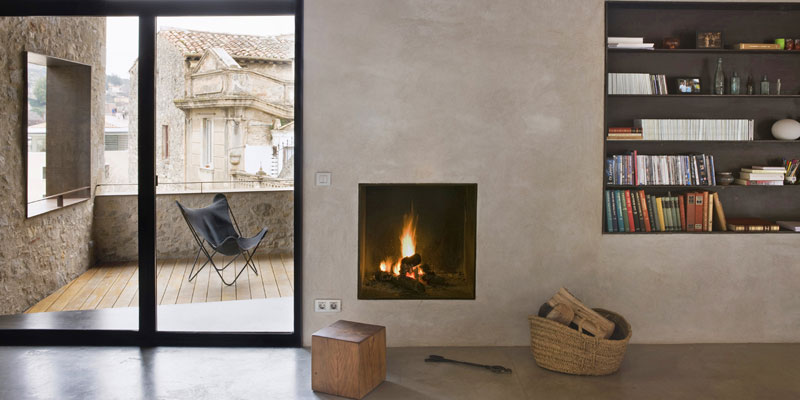 As if Granada’s cathedral, atmospheric Sacromonte neighbourhood and stunning setting at the foot of the Sierra Nevada mountains were not reason enough to visit, it also happens to boast one of Europe’s most exquisite monuments: the Moorish Alhambra palace and gardens. Muralla Ziri has fabulous views of the city’s icon. Spend a day wandering the ornate salons, water-cooled patios and tranquil grounds. Next, get lost in the tangle of ancient streets that make up the surrounding Albaicín district. Between sightseeing jaunts, hang out in colourful shops and lively restaurants – Chantarela has great-value tapas and wine. 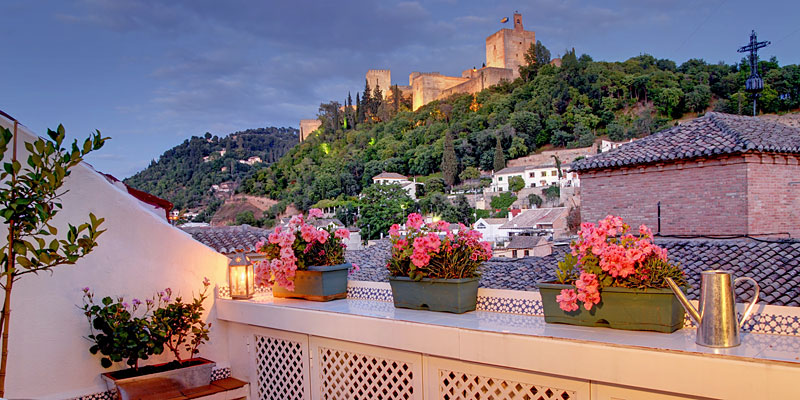 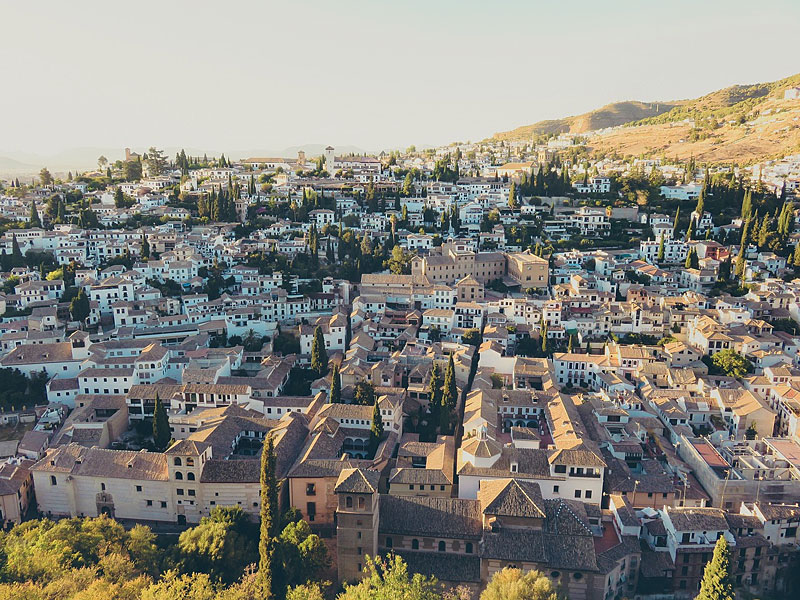 Valencians are justifiably proud of their city’s most famous attraction, the dazzling Ciudad de las Artes y las Ciencias (City of Arts and Sciences), which was designed by local architect Santiago Calatrava. Walking about the 350,000sq.m complex, which encompasses museums, performance spaces and a vast aquarium, is like strolling through the set of a science fiction film.

But it’s not all gleaming white structures. Wander the fountain’d squares and mellow streets of the Centro Histórico to see Romanesque, Gothic, Baroque and Modernista influences. The cathedral, the Unesco-listed La Lonja (silk exchange) and the bustling Mercado Central (Europe’s largest covered market) are fine examples. The Mercado Central brings us to food: after oranges, Valencia’s most famous export is paella. We believe it’s best enjoyed with a glass of vino rosado beside the wide sandy beaches of Las Arenas and La Malvarrosa.

In mid-March, Valencia goes mad for Las Fallas, when gigantic papier-mâché sculptures are paraded through the streets and then set alight. Book your trip well in advance and prepare not to sleep: the partying lasts all night. 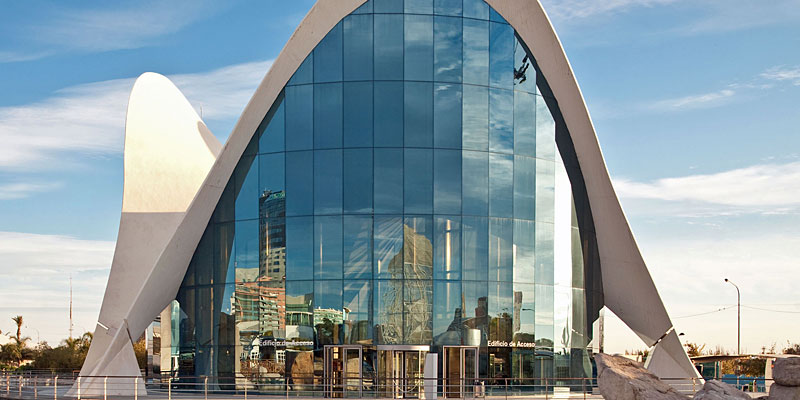 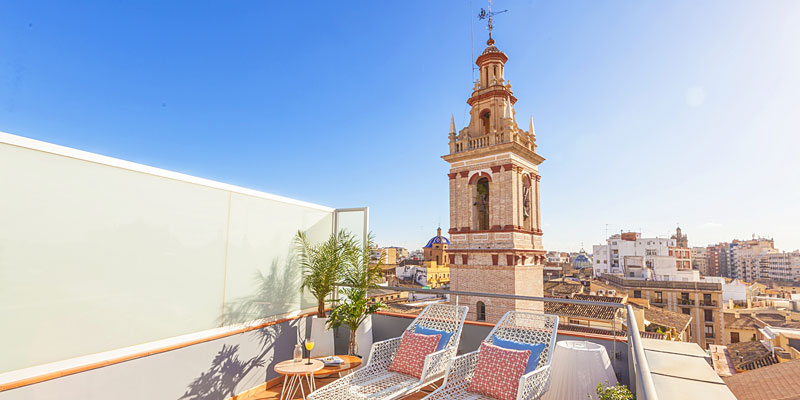 The Basque city of San Sebastián has Michelin stars aplenty, and gourmands flock here to eat in its 3 triple-starred restaurants. First up is Arzak, a place of gastronomic pilgrimage that’s considered one of the best restaurants in the world. Next is the very swish Martín Berasategui, where you can try 11-course tasting menus (10km out of town). Then there’s Pedro Subijana’s pleasure dome, Restaurante Akelarre, whose 8-course tasting menus are accompanied by magnificent sea views. If you don’t want to spend a fortune, pintxos (the Basque equivalent of tapas) will also delight; Casa Gandarias is possibly the best offering in town.

Beyond the obvious foodie attractions, San Sebastián is also home to several gorgeous beaches and an atmospheric old town. Its July jazz festival is one of Europe’s best, and its film festival takes place in mid-September – perfect combined with a stay at former cinema Astoria7. 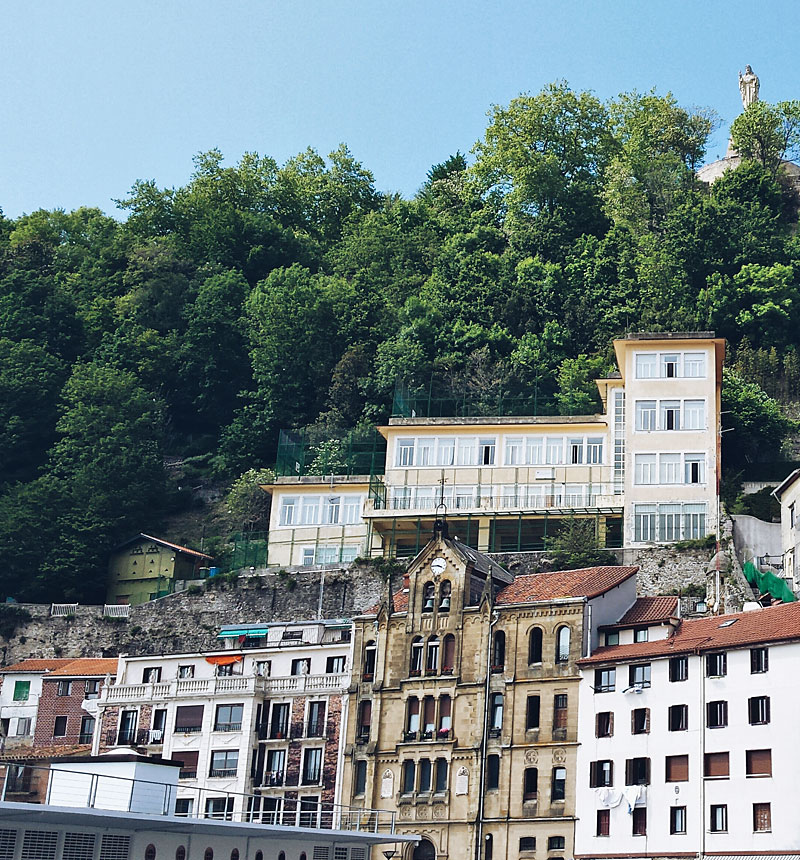 Industrial Bilbao changed overnight with the opening of The Guggenheim in 1997. Receiving widespread acclaim, it stands proud on the River Nervión, and stylish Miro Hotel sits opposite. You can also explore a cultural centre designed by Philippe Starck, the 14th-century old town, and the Museo de Bellas Artes, an important museum set beside the Parque Iturriza Doña Casilda.

Dinner in Bilbao is a chance to dig into mounds of pintxos. Stop at a bar for a drink and some lovely food, then move on to the next place – keep going all night. Gatz and Irrintzi are both excellent and sit next door to each other. You’ll eat cherries stuffed with blue cheese, squid croquettes, tacos and tortillas, chorizo, and lots of cheese. 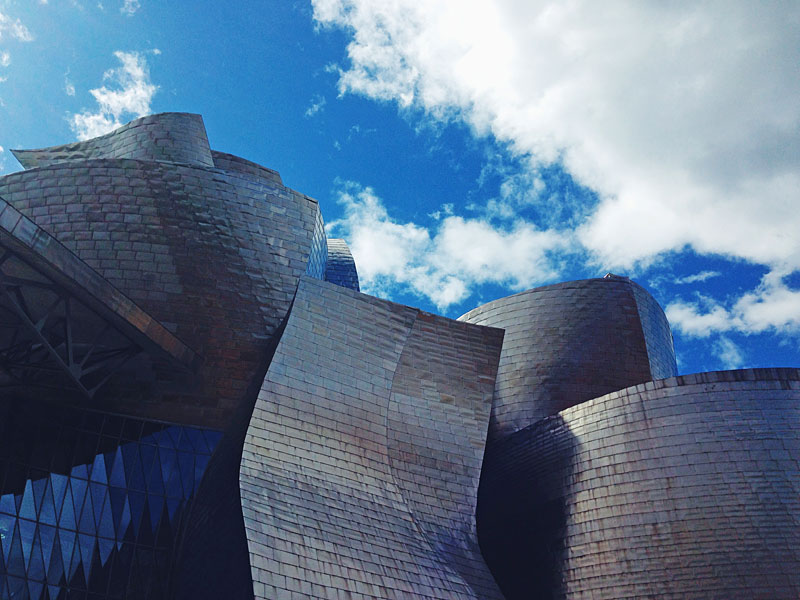 One of Spain’s prettiest cities, Andalucian Jerez is a labyrinth of narrow streets and leafy plazas that’s largely untainted by the tourist hordes. It’s the home of sherry, and there are scores of bodegas offering guided tours and tastings; our favourites are González Byass, Domecq and Williams Humbert. Other highlights include the Alcázar park (a former Moorish fortress), the beautiful Cartuja monastery, and the Royal Equestrian School, whose dancing thoroughbreds are the Ferraris of the equine world. Beyond the city limits, the hauntingly beautiful wetlands of the Parque Nacional de Doñana make for a magical day trip.

Jerez is only 50 minutes from the Andalucian capital, Seville, so you can easily combine two. Spend a couple of nights in each city, or hop between them by train. Occupy your time in Seville by visiting the dazzling palaces, imposing Gothic cathedral, flamenco bars and stylish shops. For an unforgettable experience, come during either of its world-renowned fiestas – Semana Santa (Easter Holy Week) or the Feria de Abril (April). 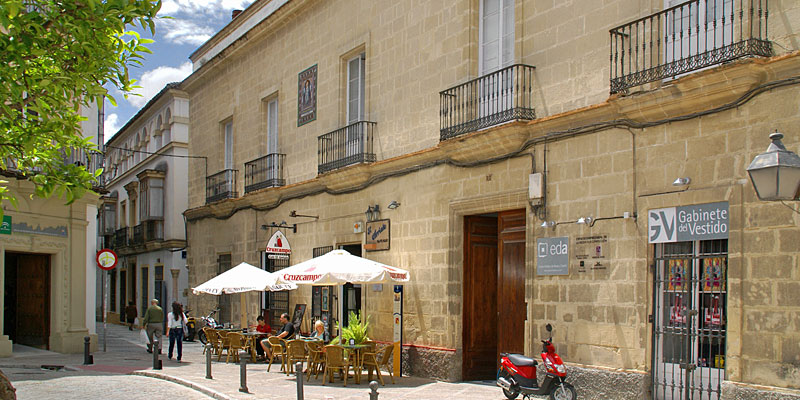 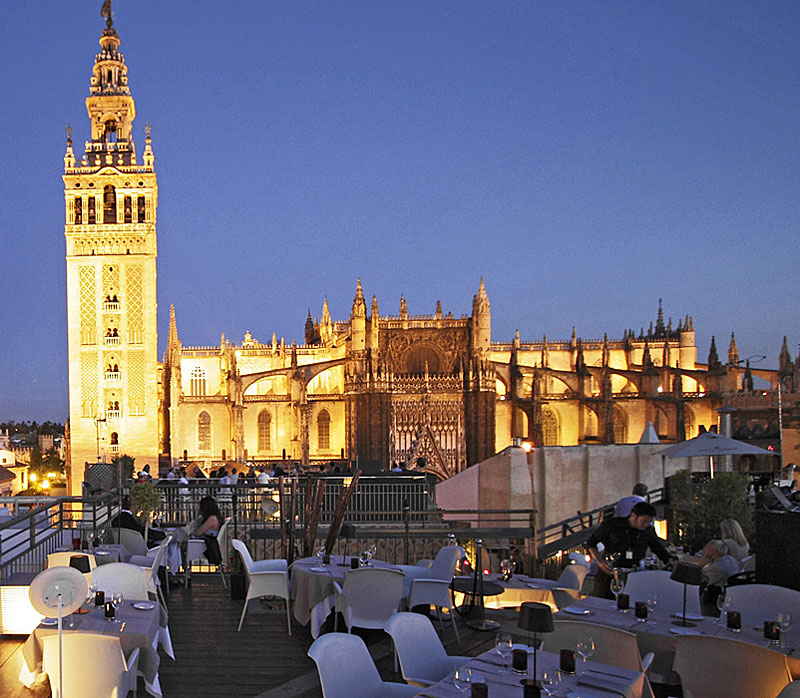 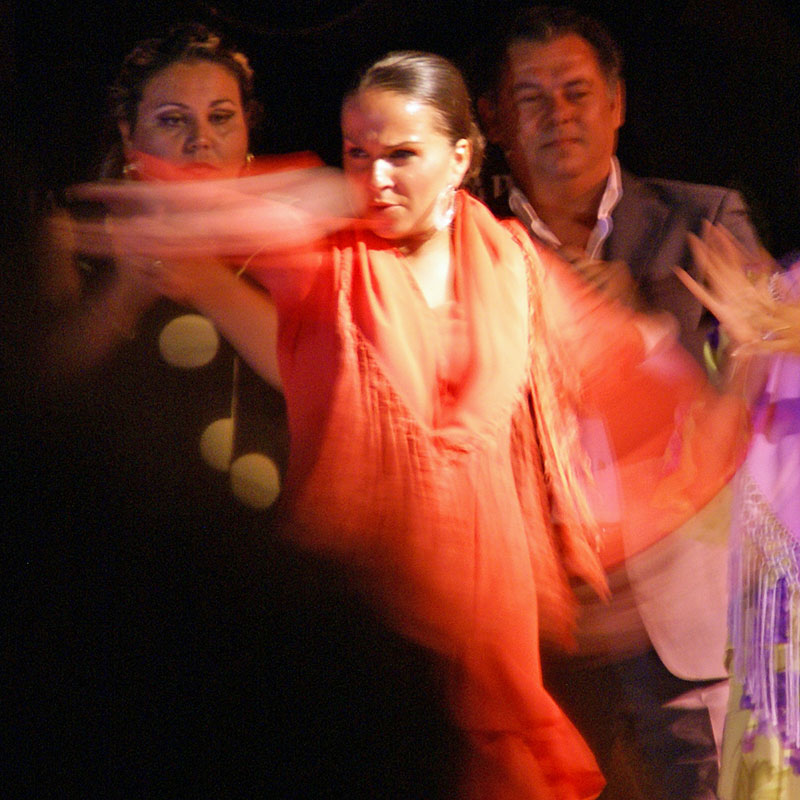 Check out more of our favourite Spanish city breaks or browse our full hand-picked collection of boutique hotels. 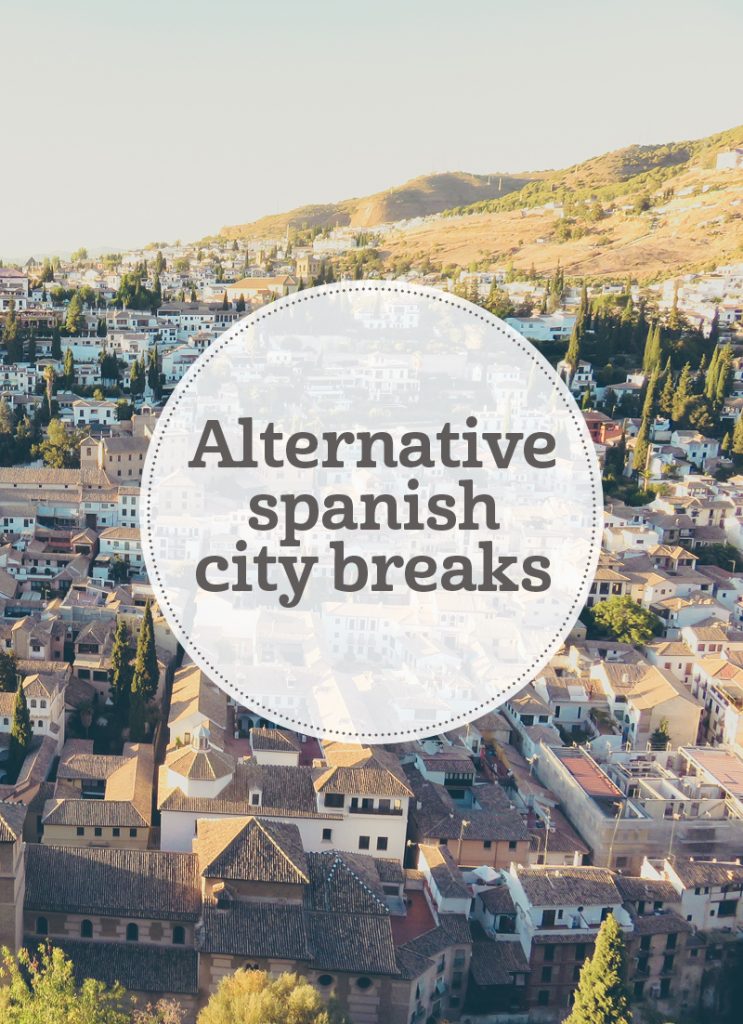