Just Back From... La Palma

|In Our trips
|By Michael

After falling in love with the lesser-known Canary Island of La Palma last year, our Editor-in-Chief Michael returned again – this time with his wife, son and in-laws – for another dose of spring sunshine, volcanic views, fir forests and black-sand beaches… 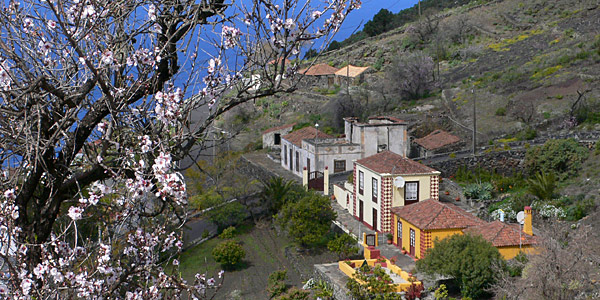 This tiny island really does have (almost) everything I look for in a holiday destination: guaranteed sunshine, a laid-back vibe, lots of beaches (if we’re being picky I’d prefer blonde sand and smaller waves), superb value for money, and some spectacular mountain scenery… 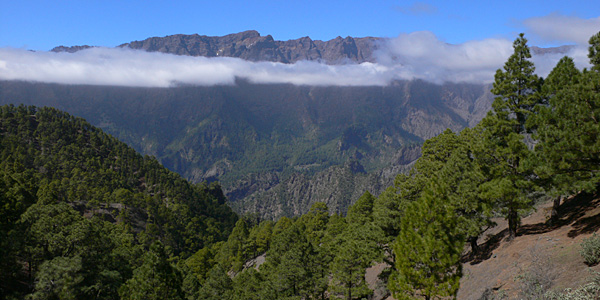 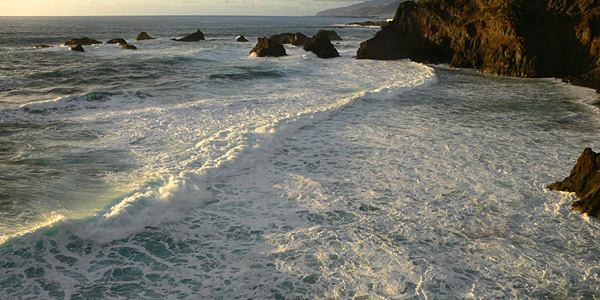 Access is reasonably easy: we flew BA/Iberia via Madrid, but you can go no-frills via Tenerife (if you don’t mind changing airports on the island), or grab a direct charter flight if you are staying exactly 1 or 2 weeks. But my preference is scheduled – it’s hardly more expensive, and you get the most charming young pilots … 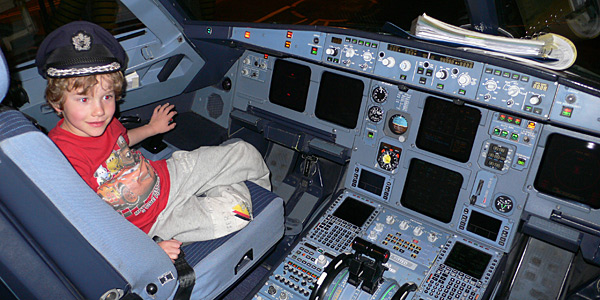 Our base for the week was – once again – the gorgeous Casa Los Geranios, where Lourdes welcomed us with the same warmth, quick-fire Spanish and delicious homemade cake and wine – trampled from the vines which grow just below the house. With 3 bedrooms and 2 bathrooms, it’s perfect for an extended family, and if you need more space there’s a separate annex for 2 (thankfully, relations with my in-laws remained cordial enough not to need it!). 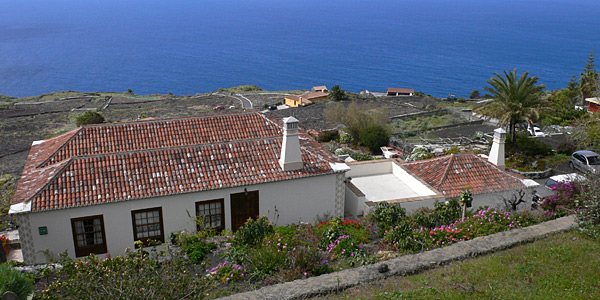 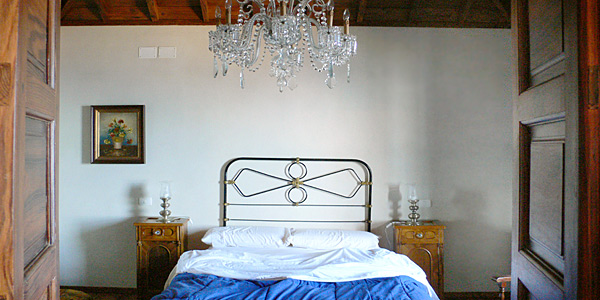 It’s set on a sunny hillside below the volcano of San Antonio, in the far south of the island, with endless Atlantic views from the terrace which are particularly mind-blowing at sunset

A couple of miles up the hill is the pretty village of Fuencaliente (also called Los Canarios), with a few decent eateries (especially by Canarian standards), two wine co-operatives, a supermarket and a bar selling fantastic almond pastries 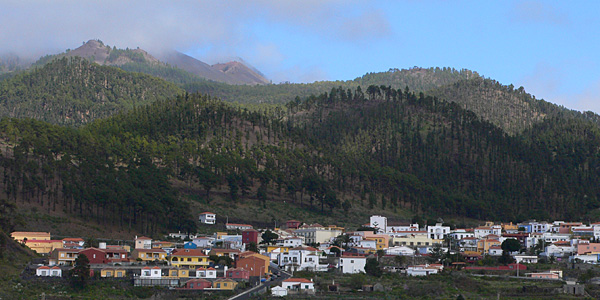 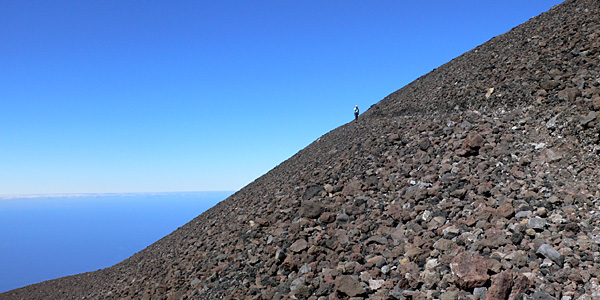 – icy cold at that altitude, but a magnificent roller-coaster of craters, pinnacles and forested paths carpeted with soft pine needles which re-energised us beyond measure 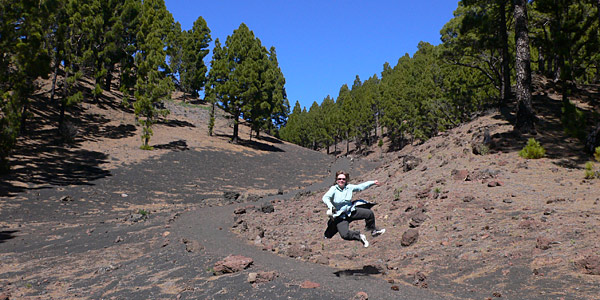 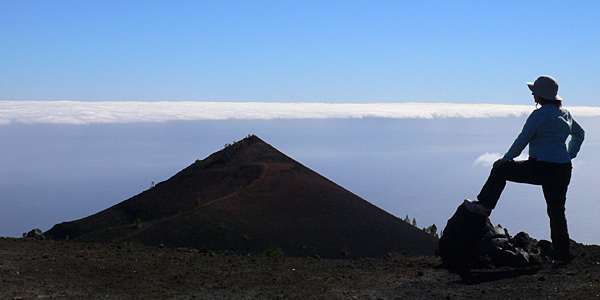 …and made a day trip to the far north of the island, where we unearthed some elusive Guantxo rock engravings… 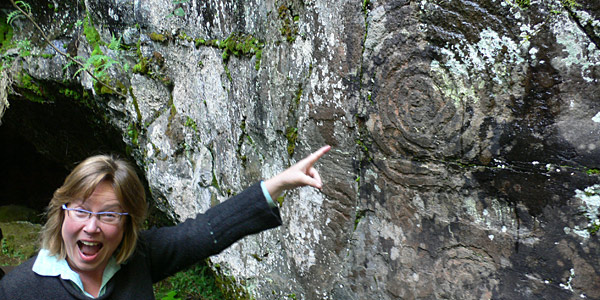 … and picnicked on a spectacular ledge above the barranco (gorge) of Fagundo, surrounded by exotic cacti, euphorbia, flowering asphodels and lilac daisies 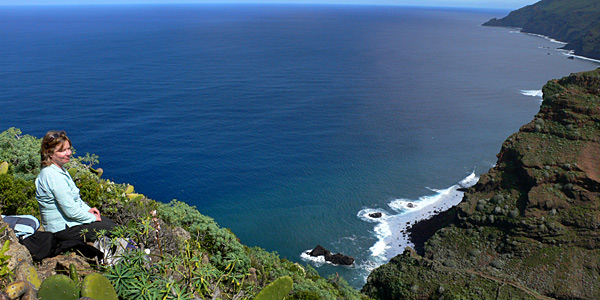 Our remaining days were spent on one of two beaches – either the sheltered sickle of Tazacorte, with its rainbow cafés fronting the waves… 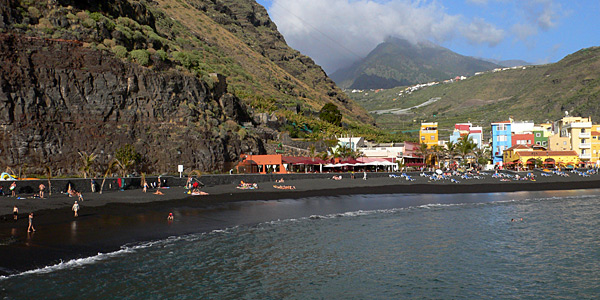 …or the more open sands of Puerto Naos, which is the closest La Palma gets to a resort. A word of warning: don’t count on swimming, as the water is quite chilly in winter, and red flags fly once or twice a week on average. 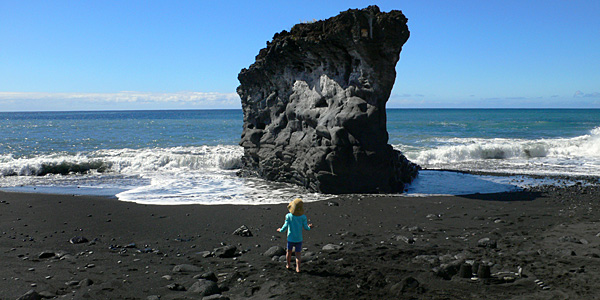 In nearby Los Llanos, the island’s largest settlement, you can stroll through the pedestrianised, pastel-painted town centre, stopping for coffees, a spot of shopping, and a healthy al fresco lunch at La Vitamina 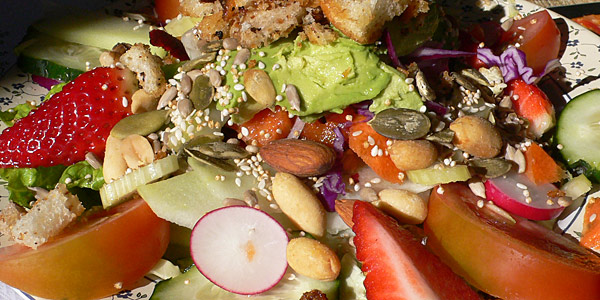 … before heading back home, through the clouds, for sunset 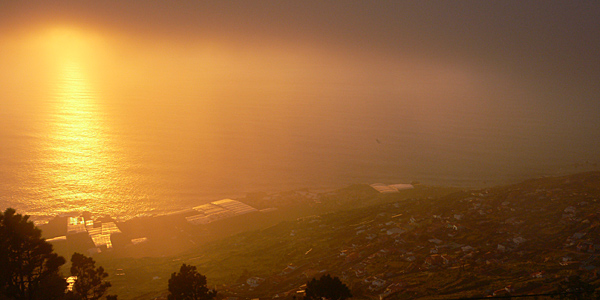 For more tips on La Palma, read our destination guide >>