|In Beach escapes, Cheap and chic breaks
|By Melissa

Greece has a place in many travellers’ hearts thanks to Santorini’s sea-crater, Mykonos’ windmills, Crete’s palm-beaches… But with over 50 islands, there’s much more Greek beauty to discover beyond these iconic hotspots. Our Editor-in-Chief Michael grew up in Greece and still returns annually, so who better to share their wisdom on the most underrated corners of this enormous archipelago? 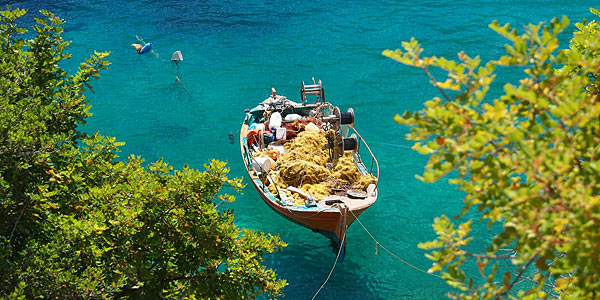 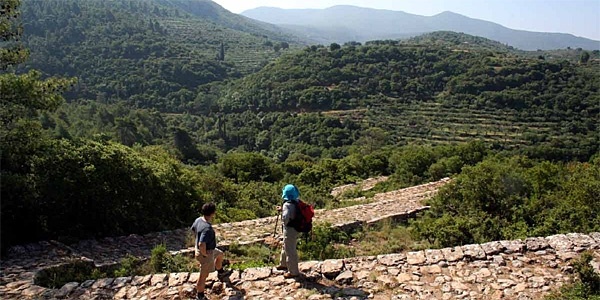 The middle finger of the Peloponnese is a spectacular region, and becoming more accessible thanks to new BA flights from London Heathrow to Kalamata starting May 2016. Its jagged blue coastline is fringed by olive and cypress woods, while high above are the snow-dusted peaks and forested slopes of Mt. Taygetus. Dotted all around are stone villages and Byzantine chapels, which make for fascinating walks using the network of ancient stone paths built by the Ottomans, as described in the Sunflower guide to “Landscapes of the Southern Peloponnese”. Kardamyli is a perfect base for day hikes; stay at Notos Hotel or Elies Hotel. 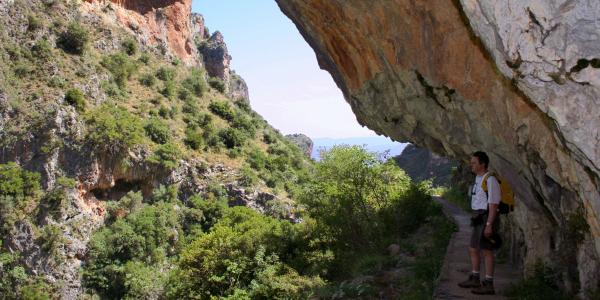 An abandoned fortified town capped by a 13th-century hilltop castle. Flights of stone steps zig-zag between the ruins and half-a-dozen beautifully frescoed Byzantine churches and monasteries. The final resident left in 1952, and today Mystras is a wonderfully atmospheric site, one of our favourite spots in the Peloponnese. 2km from Mazaraki Guesthouse. 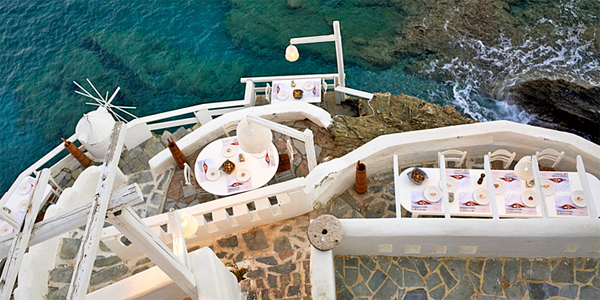 The tiny butterfly-shaped island of Astypalaia is itself something of a secret, sitting midway between the Cyclades group and the Dodecanese, and therefore escaping most of the island-hoppers. Now it’s got a (domestic) airport and a couple of gorgeous places to stay, you can have it almost to yourself. The main draws are the secluded beaches (some accessible only by boat) and the dreamy whitewashed hilltown of Chora: a maze of sleepy lanes crowned by a 13th-century Venetian castle. Here, in mid-August, there’s a huge church festival at Panagia Portraitissa, with festivities including blindfolded yoghurt feeding and climbing a greasy pole to catch a fake rooster! 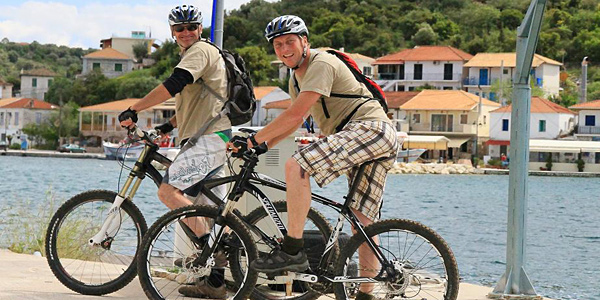 The mountainous Ionian island of Lefkas rises to over 1,000m above sea level and is criss-crossed by jeep tracks and gravel roads, making it perfect mountain biking terrain. If you don’t fancy lugging your own kit, we’ve heard great things about Get Active, based in Nidri and ideally located for groups staying at The Stone House. They offer a range of day rides, from ‘taster’ (2 hours, mostly flat) to ‘extreme’ level (7 hours / 40km). Keen riders can test their skills on the Hidden Valley trail, which includes some technical sections of footpath. Equally, they’ve got some Co-Pilot trailers for family rides. 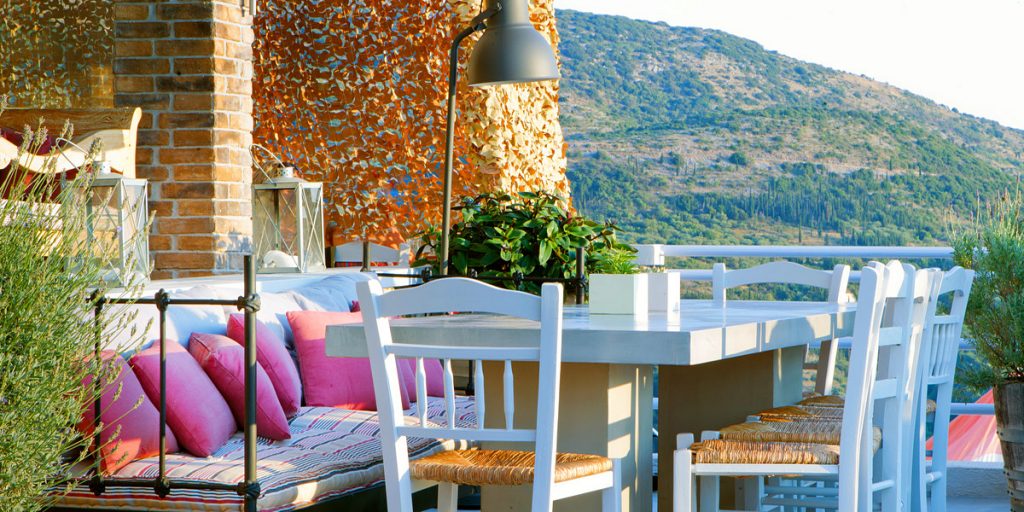 High on a ridge overlooking the west coast of Lefkas, and often also overlooking a blanket of clouds, this is truly unique spot. Expect fantastic cocktails (try the strawberry mojito), plentiful meze spreads and hearty meat dishes (grilled steaks, stuffed pork chops). Go early to beat the queues (it’s not uncommon to wait an hour in summer), take a jumper, and don’t overdo the wine (you’ll see why when you drive up). 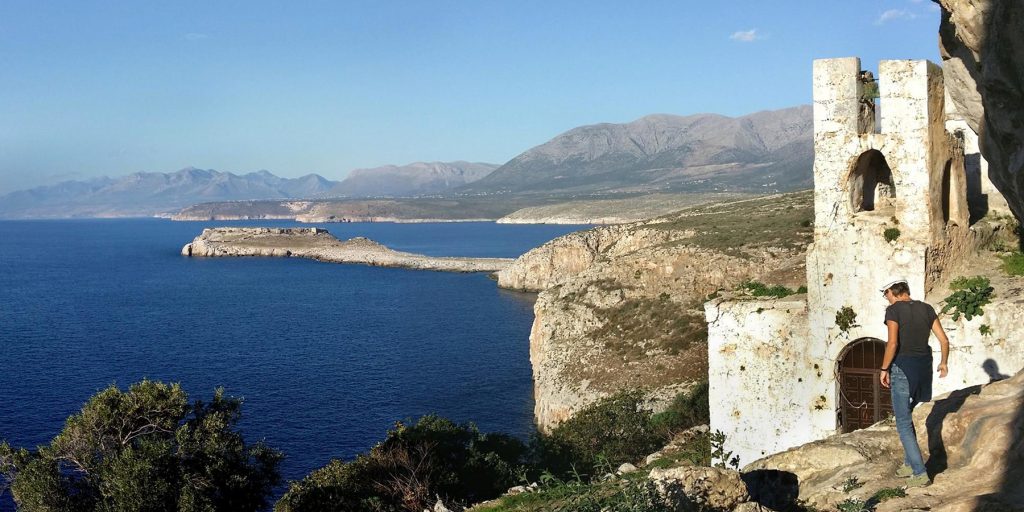 Of the many frescoed Byzantine churches dotted about the Mani’s olive groves, this is the most dramatic of all, built against a cliff overlooking the sea near Stavri. It’s only accessible on foot, from a steep track forking left below the tiny tower-hamlet of Agia Kyriaki. There are wonderfully expressive, naive paintings of archangels and gruesome Biblical scenes. 5km from Kyrimai Hotel. 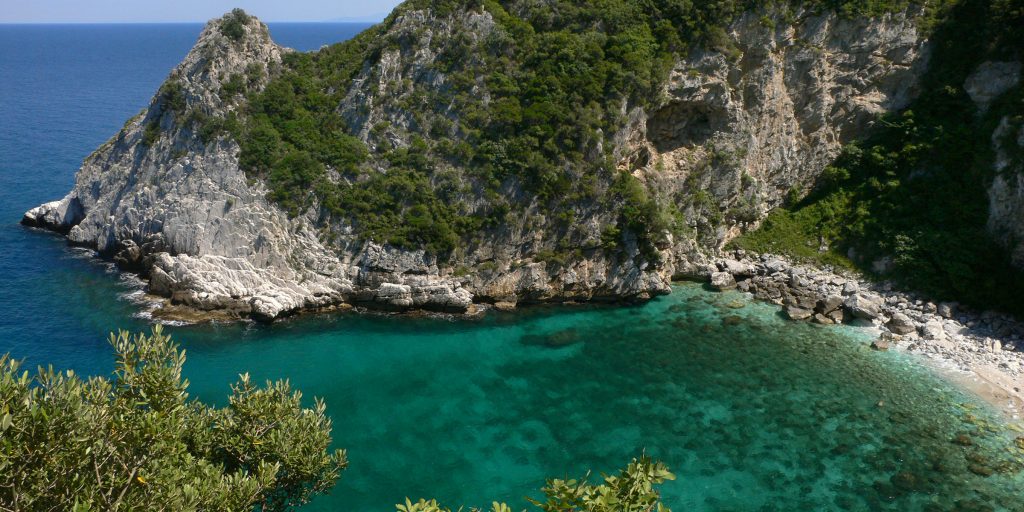 On the mountainous peninsula of Pelion, this pirate-like cove is hidden in the rugged coast below Tsangarada, whose white sands are interspersed with big boulders, fringed by turquoise waters, and sprayed in spring by a waterfall. It requires a steep 5-minute walk from the end of the road, which is a 5-minute drive from The Architect’s House. 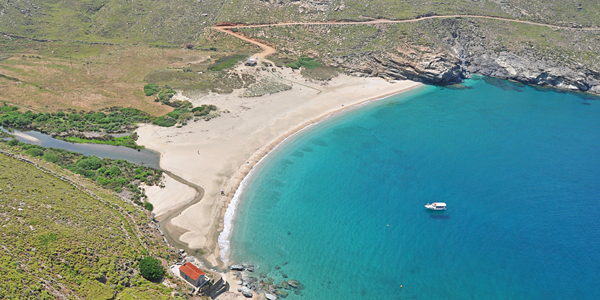 Andros, a rugged island few have heard of, is just a couple of hours from Athens and one of our absolute favourites. Here, we’ve unearthed Onar a gorgeous hotel hidden on the east coast, just a short walk from the gorgeously secluded Ahla beach. Meaning ‘dream’ in Ancient Greek, this understated collection of 9 stone houses offers a true ‘detox-from-modern-life’ getaway. It feels like a private resort on a private island, so throw your iPhone in the sea and get back to basics. 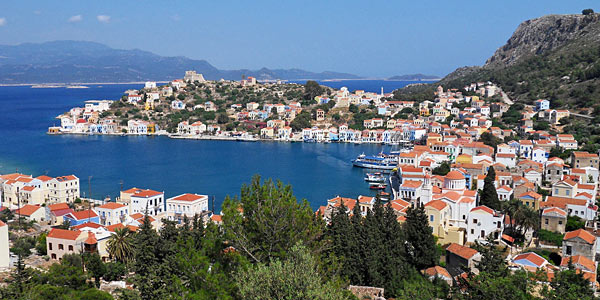 At 3km across, Kastellorizo is the smallest of Greece’s permanently inhabited islands, and the furthest from Athens. There are no sandy beaches but that’s part of its charm and (along with its remoteness) has helped keep the crowds away. Its waters are among the clearest and bluest you will find in the Med, and if you make a boat trip to the Blue Grotto (sea cave), you can swim in an underlit ultramarine pool which feels like floating in a starlit night sky. 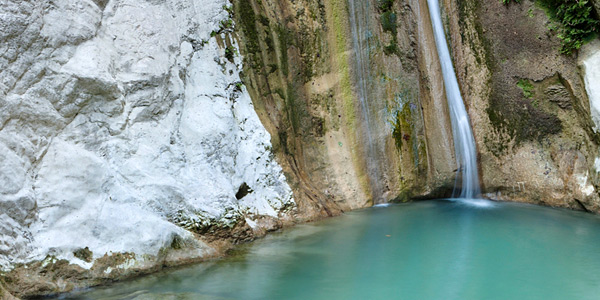 If the Lefkas heat gets too much for you, head 4km inland from Nydri to the icy blue waters of Dimosari waterfall. An easy 20-minute trail leads from the roadhead and Platanos café to a pair of small but deep pools, enclosed by cliffs, at the foot of a 12-metre sliding waterfall. The best time to visit is late spring (April-June) as it can dry out in summer. Take good shoes, beware the slippery rocks and go early (the spot simply isn’t big enough for more than a dozen people). Follow signs for Katarraktes or Dimosari from Nydri’s perimeter road.