|In Our trips, Relaxing stays
|By Jake Hamilton

The heel of Italy has never been more stylish. Our Bookings specialist Ben and his girlfriend Joe donned their shades and set out to discover the very best of southern Italy’s Puglia region.

Given its tempting mix of sandy horseshoe bays, distinctive traditional architecture and refined yet authentic cuisine, we decided to take a week-long road trip around Puglia. As one of the most famous regions in Italy, we found it blissfully easy to navigate around (though Italian drivers seem to relish playing ‘chicken’). On our first day, we hit the sunshine jackpot and made a beeline for the coast. Here’s what we discovered… 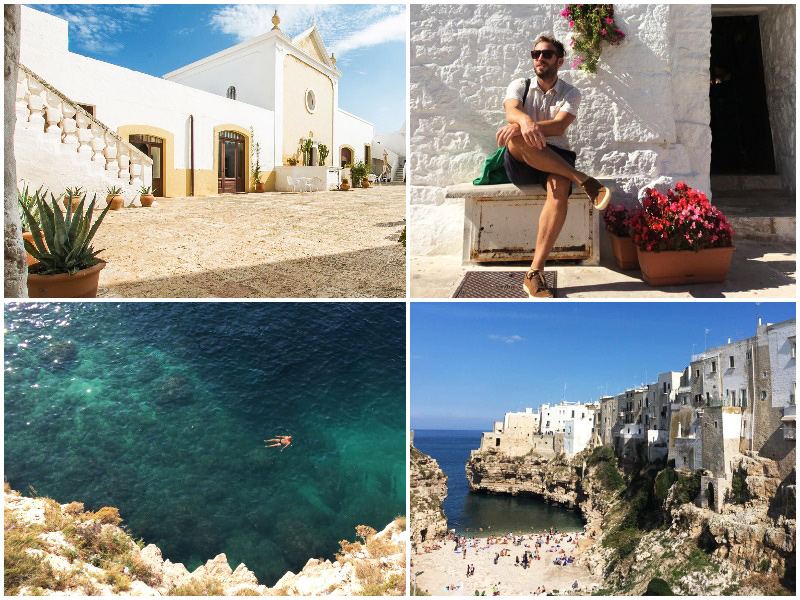 Desperate for a cooling swim, the town of Polignano a Mare came up trumps. We pottered around the historic centre – eating gelato, browsing boutiques and sampling fragrant coffee.Then we headed down to the snug beach cove for a dip. The sea was calm, turquoise and beautifully warm.

We swam, we lazed, and we admired the beautiful Italian bodies on show. Handily, it’s only half an hour’s drive from the sumptuously-designed Borgo Egnazia. It’s the most stylish boutique hotel in our Puglia collection. Also nearby is the 15th-century boho-chic masseria Borgo San Marco. It has a beach-style pool, ancient olive groves and a relaxed vibe.

Puglia is famed for its distinctive trulli buildings (their roofs resemble little wizard hats). They’re dotted all over the countryside, but the small Unesco-listed town of Alberobello is the granddaddy of all places to admire them.

I had been warned it was a tad Disneyesque. Though the pedestrianised area makes for a pleasant afternoon’s wander, most of the town’s trulli are now tatty gift shops smothered by tour groups. That said, if you’ve got a sweet tooth, check out the Martinucci Laboratory Café. It has served up the most delectable pasticciotto since 1950. I went for a pistachio cake, complete with pistachio nuts on top and pistachio cream in the middle. Yum! 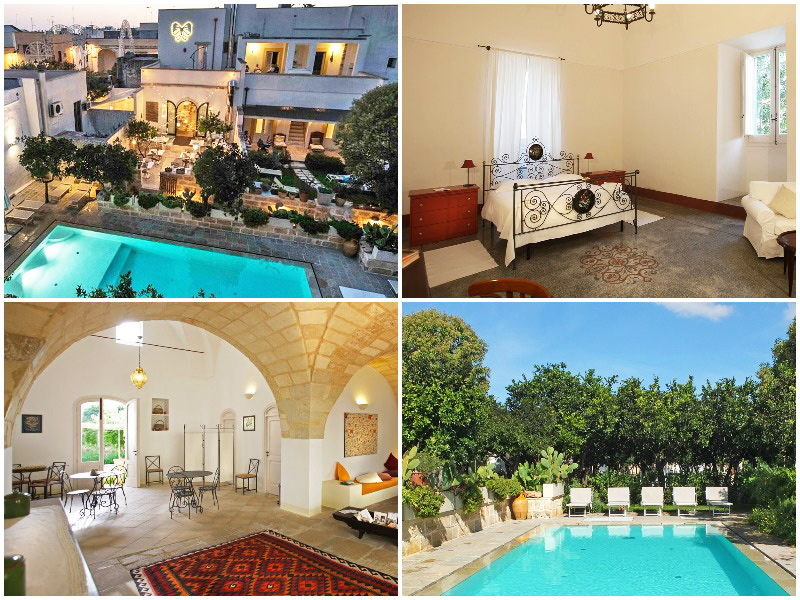 Next, we continued south to the wonderful village of Vignacastrisi. This area has a much more traditional feel than northern Puglia, and we were lucky enough to visit during the village’s annual three-day celebrations.

The locals were out in force honouring their founding fathers. Lights adorned the streets, food stalls were overflowing with delights, and a local orchestra played traditional Italian classics. With its imposing façade overlooking the central square, magical Palazzo Guglielmo couldn’t have been better placed. We loved having the best of both worlds: authentic Puglian village life out front and a beautiful manicured orange grove (and swimming pool) inside. 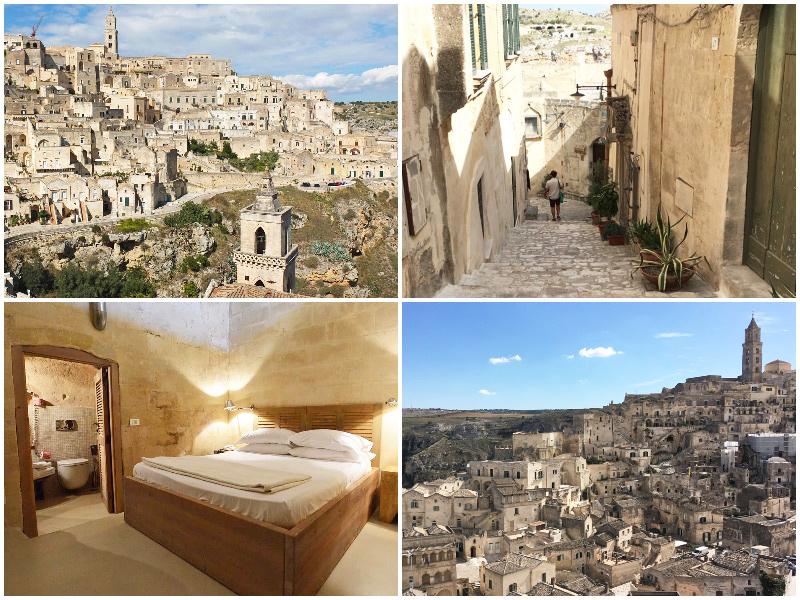 Last, but by no means least, we stopped off at the stunning cave-town of Matera in neighbouring Basilicata. Given it was 2019’s European Capital of Culture, it still retains the air of a hidden gem. There are unknown layers yet to be explored, from troglodyte cave dwellings to higgledy-piggledy honeycomb-like valleys.

Like a little boy in a sweet shop, I took around 1,000 photos. All roughly the same, but taken from slightly different angles. Then there was the gelato. My eyes are always on the prize and Matera’s little hole-in-the-wall gelato shops answered all of my cravings.

We stayed at L’Hotel in Pietra, a converted 12th-century church with serious wow factor. Each room has been carefully fashioned out of the original building. Ours felt like a James Bond-style lair, and included a fantastically indulgent Jacuzzi mega-tub. It was the cherry on the cake.

View all of our boutique hotels in Puglia and Basilicata.