Just Back From a Family Holiday in Malaysia

|In Family escapes, Our trips, Travel tips
|By Nadine 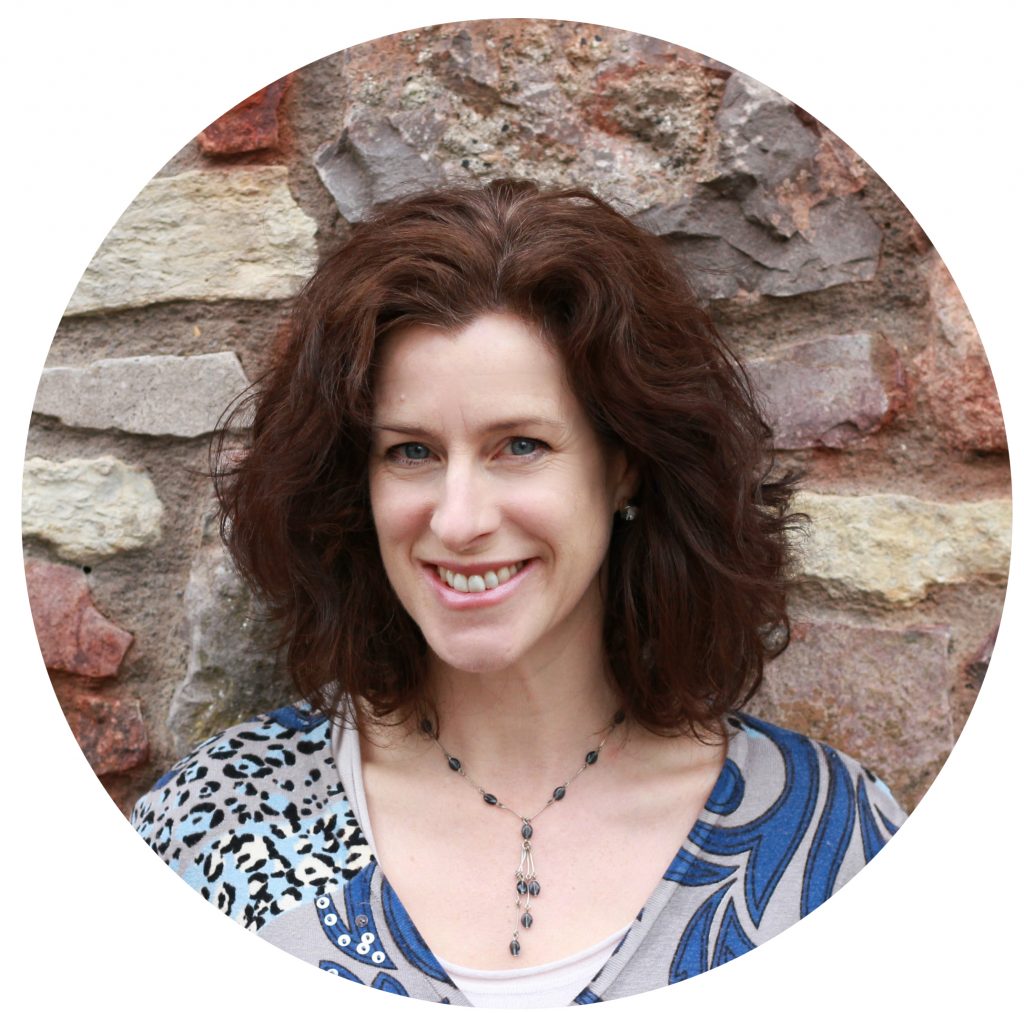 Earlier this year, our Kids Collection Editor, Nadine, had a wonderful two-week trip to Malaysia with her family. She reveals her highlights and top recommendations for families.

My family and I (husband Colman, Esme aged 11, Cormac aged 7) chose to visit Malaysia because it’s culturally different yet largely English-speaking, and it has good infrastructure making it easy to navigate. We were intrigued by the juxtaposition of a 21st-century metropolis with unspoilt tropical islands, the melange of modern cultures and colonial history.

We began in Langkawi, on the western coast close to the Thai border. The largest of an archipelago of 100 islands, it retains a steep, mountainous core bedecked with lush vegetation which gives way to fertile fields, and is surrounded by wrinkled coastline including many gorgeous sandy bays. 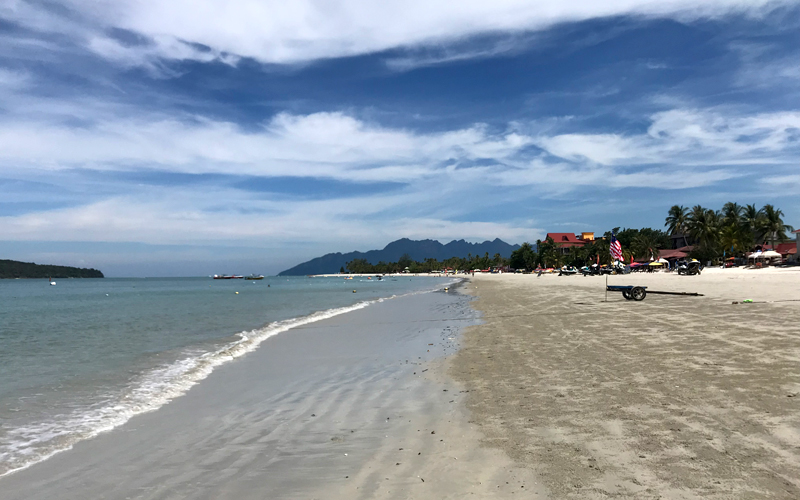 We stayed at magical Temple Tree Heritage Resort, a collection of antique houses from all over Malaysia reassembled on Langkawi as a unique hotel. There are two jade lap pools, and wooded walkways between the houses, which include a 1920s Chinese merchant house and a 1940s Malay Longhouse. Most meals are taken next door at the restaurant at Bon Ton Antique Wooden Villas, which faces west overlooking a lagoon for memorable sunsets and good birding. The cuisine is a pleasing fusion of Asian dishes with Western crowd-pleasers, which worked for all the family – so much so that we bought the cookbook! 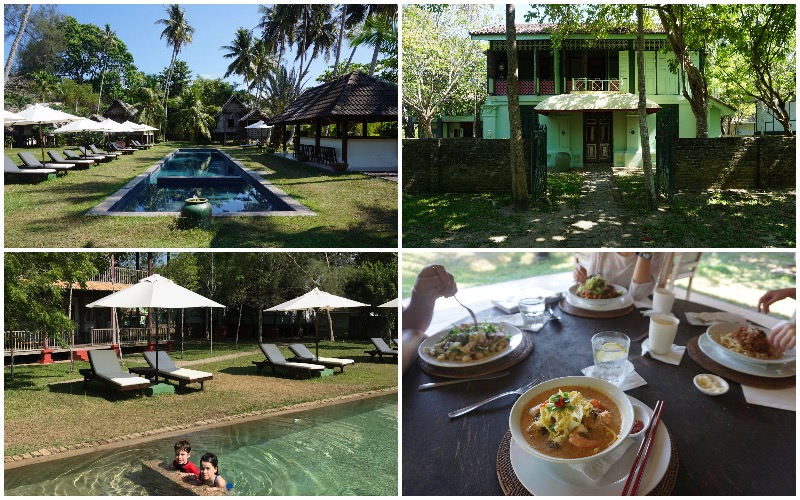 Excursions here include the nearby white sandy beach at Pentai Cenang, and a terrific day trip to the World Heritage Geoforest Kilim Park, where we took a boat trip through mangrove swamps and karst formations, sighting sea eagles and a viper, and visited a bat cave. 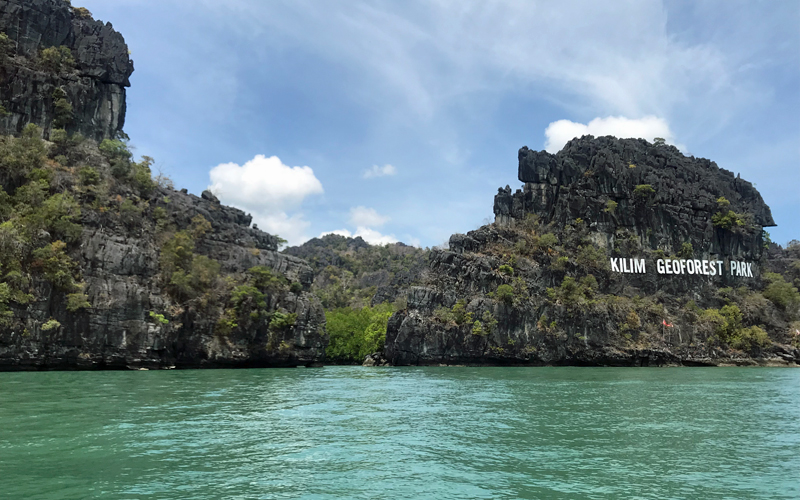 We journeyed north to reach stellar retreat The Datai, which cascades gracefully through the jungle down to a crescent-shaped beach. There’s a big emphasis on nature and conservation, with a beautiful Butterfly Walk and a pioneering Nature Centre from which the resident naturalists took us on forest rambles to a canopy walk. 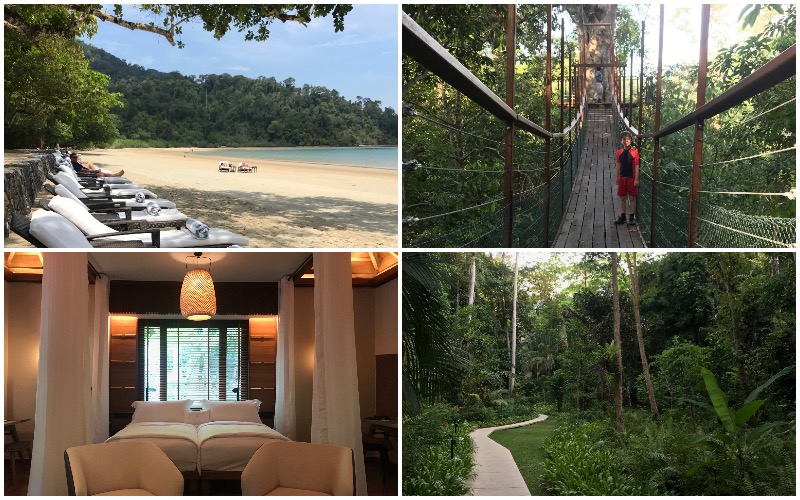 We all tried but failed to conquer the spectacular breakfast buffet featuring everything from Chinese steamed buns to gravadlax to patisseries. Both evening meals – Thai one night, Malay the other – were sublime. The kids loved looking for frogs amongst the lily pads in the evening and whooping it up daytime in the kids’ pool, where they made instant playmates, and paddling in the warm shallows of the Straits of Malacca. I enjoyed my early morning yoga session in the sea-facing holistic pavilion, my husband the cocktails at sunset. 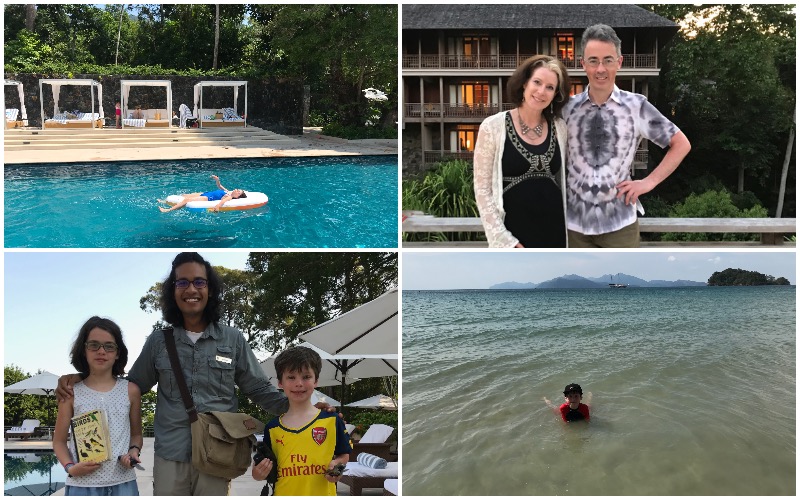 It’s only a few minutes’ flight south to fascinating colonial city and fabled food mecca Penang. I was surprised by so many high rise buildings, but soon enough we were in low rise UNESCO-listed Georgetown, at a former 1920s shophouse-turned-boutique-hotel Noordin Mews. We loved the retro-themed decor, the delightful reception staff well-versed in the varied sights of the city, and the very useful lap pool for cooling off after said sight-seeing. 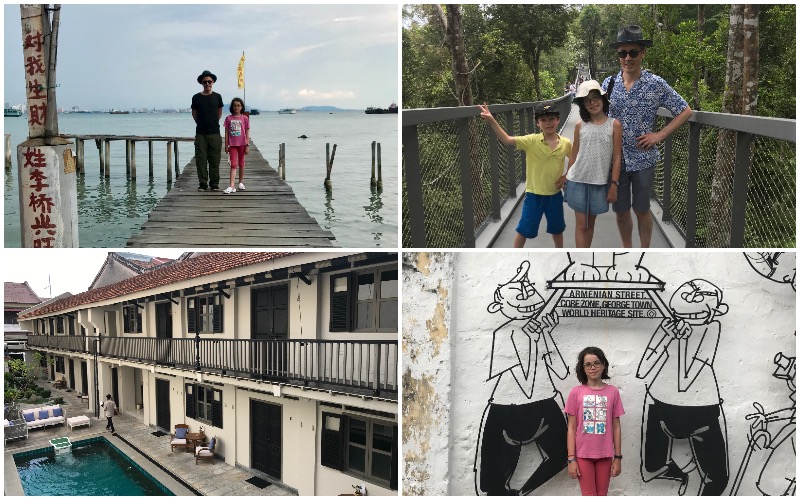 In hindsight, we wished we had more time here. There’s so much to see: street art, old shophouses, upscale restaurants, temples adjacent to derelict buildings. We visited the Chinese Clan Jetties, rescued a bat in the mosque when sheltering from a tropical downpour, saw the colonial graveyard, ate street food in Chinatown and Indian cuisine beside the colourful Indian temple shining at dusk, and came home in a rickshaw which the kids loved. We took the funicular up Penang Hill along with a thousand other tourists (it’s a couple of degrees cooler and has superb long views) and escaped most of them by visiting The Habitat, an eco-friendly preserve of the remaining 130 million-year-old rainforest with elevated canopy walkways. 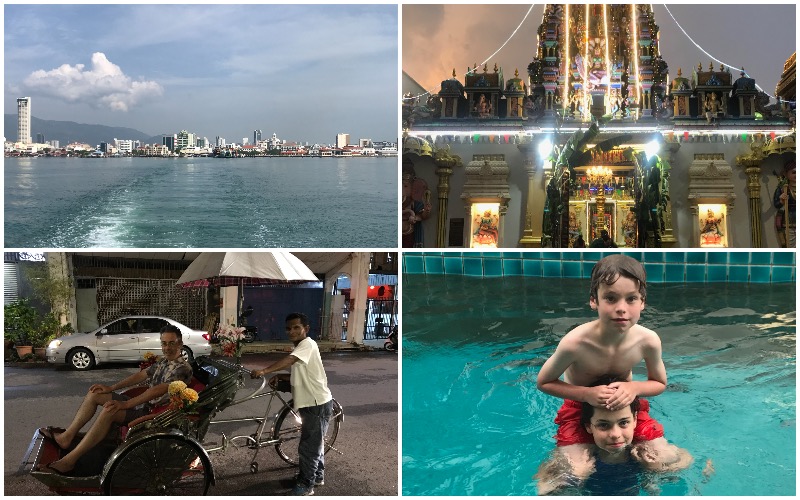 It’s a three-hour drive from Penang to Pangkor Island, which we navigated by air-conditioned bus and then took a ferry. Pangkor was where we felt we got closest to the real Malaysia. Here, in the 1800s, the Dutch gave way to the British by signing a treaty at the beginning of colonial rule. Today, it’s a fishing island with some tourism. There’s a small town with an ornate Chinese temple, a traditional Hindu temple, and some very special beaches on the west coast; nearly half of the island is protected. 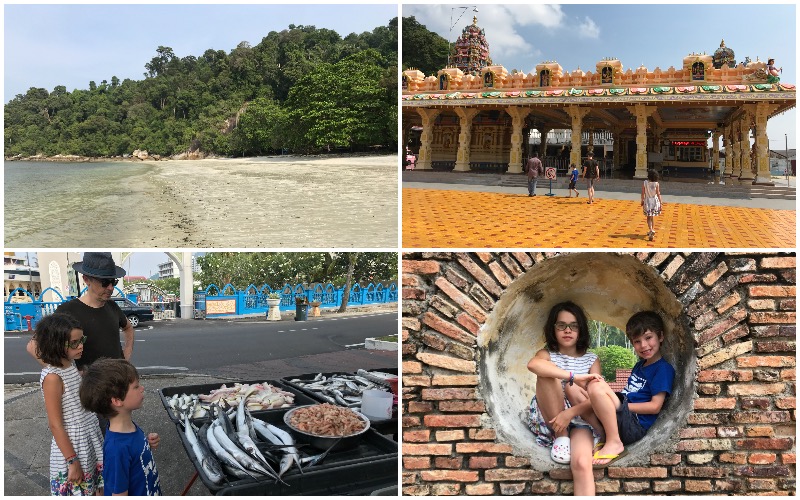 We discovered much of this on our tour with Mr Mohan, the wonderful host at private jungle hideaway Tiger Rock, an artistic, former family home. There are four houses throughout the property, plus an open-sided Pool House for lounging, eating and drinking. Its teal-coloured infinity pool is where we spent lazy lotus-eating days, stirring only to feast on Mr Mohan’s wife Bavanni’s simply stunning food. There were wild boars and gorgeous birds, including huge Giant Hornbills whose wings in-flight sound like helicopter blades. We walked through the jungle one day with picnic baskets to picture-perfect Teluk Segadas beach, which is only reachable by boat or on foot. 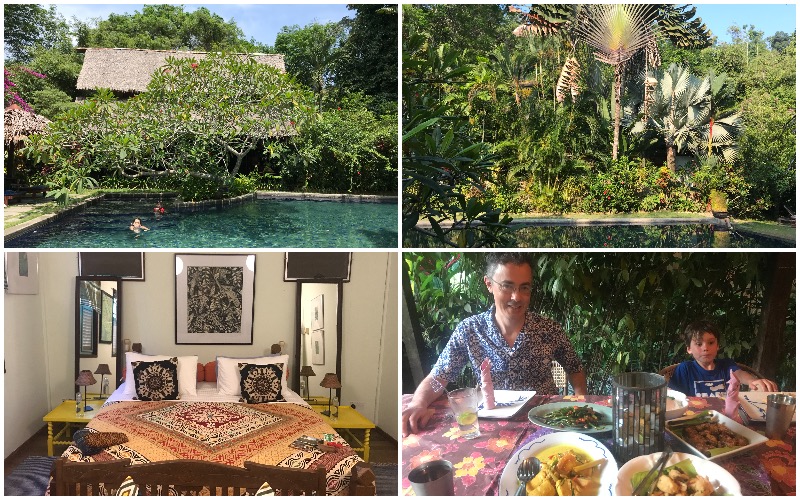 Our final destination was Kuala Lumpur with its skyscrapers, malls and chatty taxi drivers – all of whom seemed to support Manchester United and speak at least five languages. We stayed in the Bukit Bintang area, which has good transport connections (including the monorail which the kids thought great fun) and is within 20-30 minutes’ walk of most major sights downtown and the Golden Triangle. Good-value boutique guesthouse Anggun has family suites, an onsite cafe, welcome ginger tea and a whole floor of treatment rooms at the top of the building – we very much enjoyed our massages. To the rear is famed Jalan Alor Street with over 200 food stalls serving everything from frog porridge to dim sum, Vietnamese to Thai. 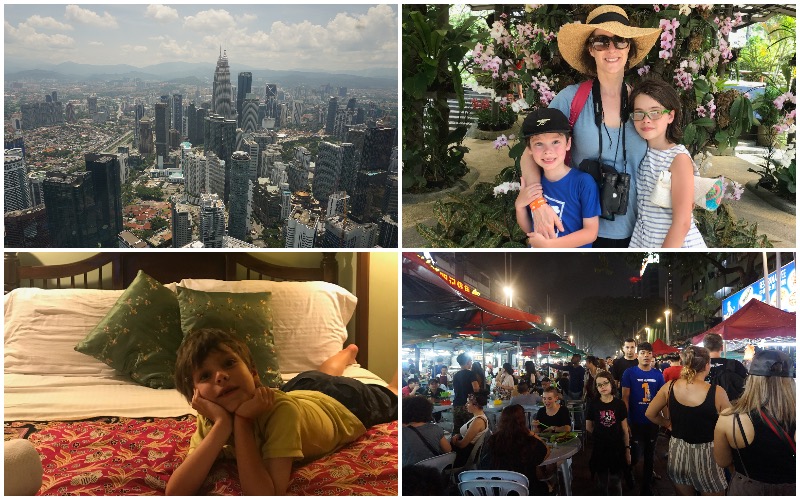 Each of us chose sights to see. Esme’s choice was to ascend the KLCC tower set in a forest preserve – at the top, you get cool panoramic views over the city. I went for the Bird Park in the extensive Perdana Botanical Gardens, which was a palpable hit. Colman chose the very cool Islamic Museum full of beautiful historic artefacts. Cormac was pleased with the aquarium underneath the Petronas Towers (advance booking essential). There’s great shopping in the Central Market (Thai-style outfits all round!) and excellent dining options in Chinatown. Our outing to the limestone Batu Caves was a real highlight too – this natural cave formation is now a Hindu temple complex with a vast gold statue at the base of the Cathedral Cave, full of shrines, tourists and macaque monkeys. 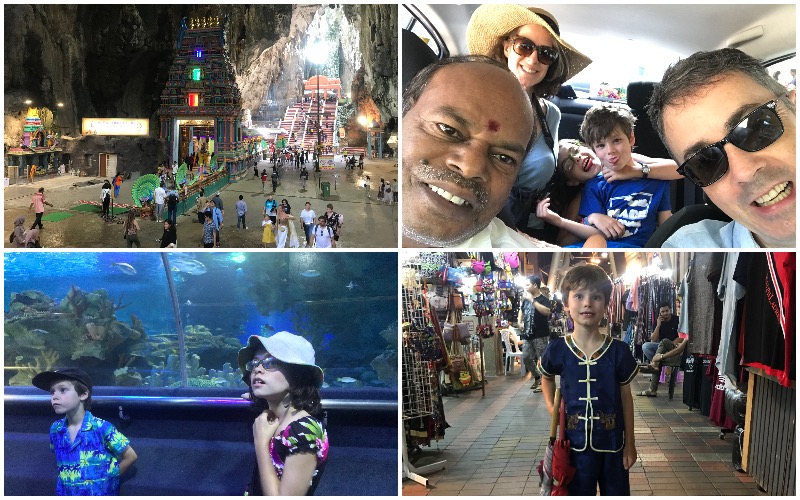 It was such a memorable holiday. We found Malaysia to have history, culture, wildlife, modernity, lovely people and superlative food. Plus it’s good value, safe and easy to get about. Terima Kasih!